Ozeki Takakeisho brushed aside sekiwake Mitakeumi to retain sole lead at the November Grand Sumo Tournament on Saturday, setting up a head-to-head title decider on the final day with komusubi Terunofuji.

Takakeisho (13-1), chasing his second Emperor's Cup, did not give Mitakeumi (6-8) any room for an upset, reeling off his trademark low charges to bounce the sekiwake off the raised ring and hand him a losing record. 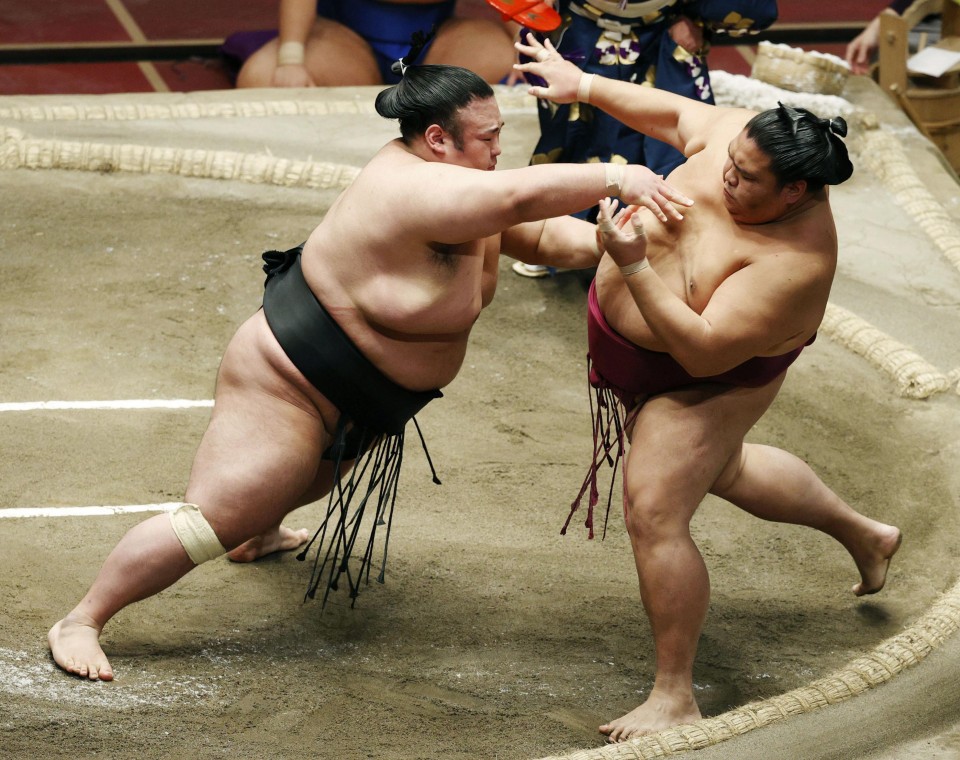 The 24-year-old is fulfilling his role as the highest-ranked wrestler following the withdrawal of Mongolian grand champions Hakuho and Kakuryu before the meet, as well as the sidelining of ozeki Asanoyama and Shodai in the early stages at Ryogoku Kokugikan.

Mongolian Terunofuji kept his pursuit of a third title alive on Day 14 by outclassing No. 17 maegashira Shimanoumi. Both held 11-2 records heading into the day.

With one hand on Shimanoumi's belt, Terunofuji kept his feet moving before securing a grip with his other hand and ushering the lowest-ranked wrestler in the top division over the straw bales.

Terunofuji will face Takakeisho in Sunday's final scheduled bout, where a win by the 28-year-old will force a championship playoff.

Terunofuji is wrestling from the elite "sanyaku" ranks below yokozuna for the first time in 17 tournaments. He captured his second Emperor's Cup in July on his return to the elite makuuchi division after dropping to the fifth tier of professional sumo due to serious knee injuries. 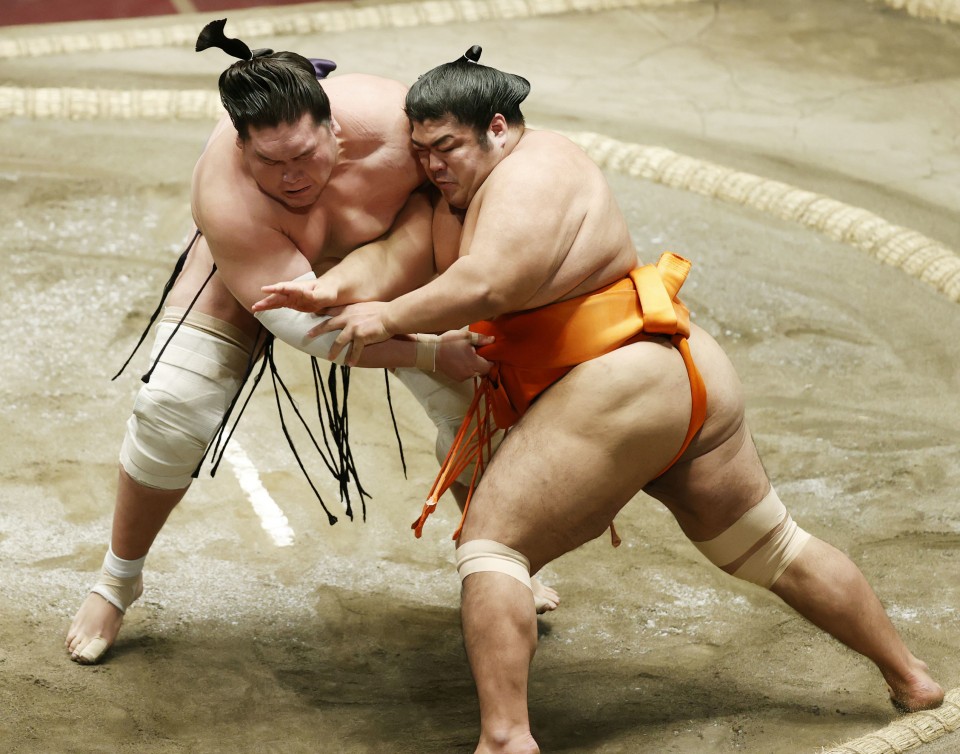 Japan Sumo Association President Hakkaku was asked about the Mongolian's chance of earning his second promotion to the sport's second-highest rank.

"If he wins the scheduled bout, that's big," Hakkaku said. "A championship on top of that is even bigger. Tomorrow is going to be the greatest."

Shimanoumi, meanwhile, is out of title contention. The 31-year-old veteran was looking to become the third No. 17 maegashira to capture the Emperor's Cup this year following Tokushoryu in January and Terunofuji in July.

New sekiwake Takanosho (8-6) secured a winning record after overpowering in-form Takarafuji (9-5), using his right arm to fend off the No. 6 maegashira's attack from the left before bulldozing him over the straw bales.

"The sense of joy is totally different," said Takanosho, a Chiganoura stablemate of Takakeisho, upon clinching the winning record as a sekiwake. "I was anxious at the start of the tournament but I'm glad to pull it off."

Komusubi Takayasu (7-7) will have one more stab at a winning record in his sanyaku comeback tournament after getting pushed down by rising No. 5 Kotoshoho (8-6), who secured his all-important eighth victory.

Former ozeki Takayasu tried to fight from his back foot against the rank-and-filer but lost his balance in a lackluster display.

No. 16 Akua (8-6) secured a winning record in his top division debut after slapping down No. 9 Kotoeko (6-8), who started the meet with four straight wins but fell to a losing record after his fourth consecutive defeat on Saturday.