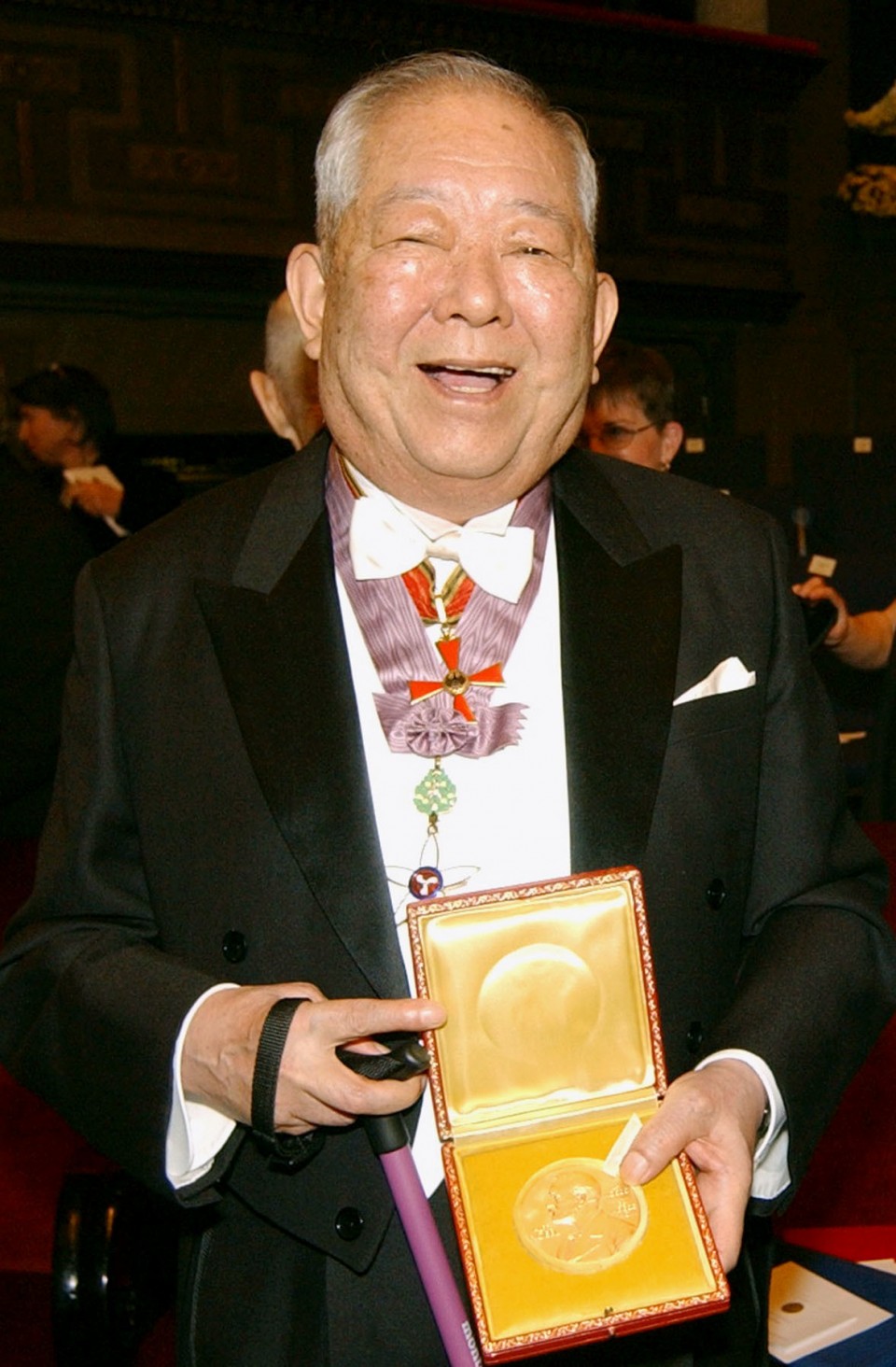 Japanese scientist Masatoshi Koshiba, a co-winner of the 2002 Nobel Prize in physics, holds his medal in Stockholm in December 2002. (Kyodo)

Japanese scientist Masatoshi Koshiba, a co-winner of the 2002 Nobel Prize in physics for his pioneering contribution in the field of astrophysics, has died, the University of Tokyo said Friday. He was 94.

Koshiba, a distinguished professor at the university, confirmed the existence of cosmic neutrinos by devising and using a detector called Kamiokande, composed of photomultiplier tubes in a 3,000-ton cylindrical water tank placed 1,000 meters underground, in Gifu Prefecture, central Japan.

He died Thursday night of natural causes, the university said.

In February 1987, just a month before Koshiba's retirement from the Tokyo university, Kamiokande succeeded in detecting neutrinos, one of the elementary particles that make up the universe, in a world first. The neutrinos came from a distant supernova explosion in the Large Magellanic Cloud, located about 170,000 light years from Earth.

Koshiba shared the prize with the late Raymond Davis Jr. of the United States and the late Italian-born Riccardo Giacconi.

"(Koshiba) made a great contribution to the advancement of physics. I offer my heartfelt condolences," Chief Cabinet Secretary Katsunobu Kato said at a press conference Friday.

University of Tokyo Professor Takaaki Kajita, a 2015 Nobel Prize laureate who studied under Koshiba, said the same day, "He was my mentor since I entered graduate school. He taught me everything."

"I was very lucky to be able to meet Mr. Koshiba, and it was very important for me in becoming a scientist," said Kajita, who won the Nobel physics award for discovering that neutrinos have mass.

Kajita reported the discovery of neutrino oscillations in which neutrinos in the atmosphere switch between two identities on their way to the Super-Kamiokande neutrino observatory, the successor of the Kamiokande detector used by Koshiba.