Int'l gymnastics meet to give insight into virus control at Olympics

The International Gymnastics Federation has implemented stringent anti-COVID-19 measures for a four-nation meet to be held in Tokyo on Sunday, the successful staging of which may provide insight into infection control at next summer's Tokyo Games.

A total of 32 gymnasts from Japan, the United States, Russia and China will take part in the first major international competition held in Japan with athletes arriving from overseas since the games were postponed by one year due to the global coronavirus outbreak.

The one-day event at Yoyogi National Gymnasium will likely be viewed as a test of Tokyo's capability to safely hold an international sports event amid the pandemic. 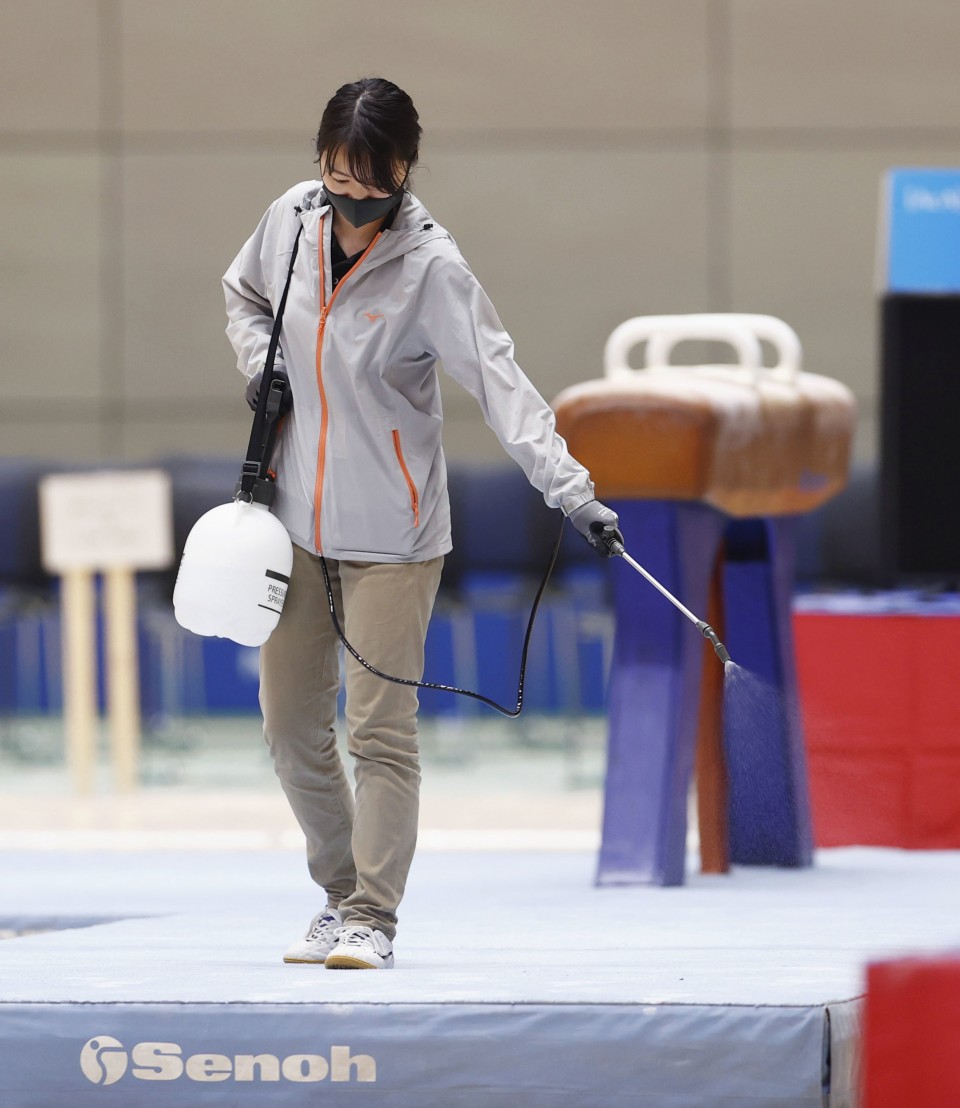 A staff member disinfects equipment after competition was completed at the All-Japan senior artistic gymnastics championships in Takasaki, Gunma Prefecture, in September 2020. (Kyodo)

Up to 2,000 spectators will be allowed inside to watch the gymnasts live in action, including Japan's three-time Olympic champion Kohei Uchimura and Russia's Nikita Nagornyy, who won three gold medals at last year's world championships in Stuttgart, Germany.

Overseas gymnasts were required to take polymerase chain reaction tests within 72 hours before they departed ahead of the arrival in Japan starting Wednesday, while all gymnasts have to undergo daily testing in the lead up to the event.

"There have been people saying it's medically meaningless (to conduct daily testing) but we can't host the event thinking some athletes might be infected with the coronavirus," International Gymnastics Federation (FIG) President Morinari Watanabe said.

"We will conduct tests every day to give athletes a sense of security."

In accordance with the FIG's guidelines, the visiting gymnasts traveled by charter planes and were separated from general passengers at the airport upon their arrival. Each country has reserved its own floor at their hotel and is watched over by security guards.

The countries use separate buses to move between their hotels, training bases and the competition venue, and athletes are only allowed to go out to train or compete unless a special circumstance arises.

FIG Secretary General Nicolas Buompane said the governing body has instituted a higher level of infection countermeasures than required by the Japanese government with the aim of minimizing risk and providing athletes a larger field of competition.

The event is sure to draw the attention of a government-led panel which is currently discussing conditions for athletes entering Japan for next summer's Olympics and Paralympics.

As an exception, the government allowed the overseas gymnasts to participate in the event without being asked to quarantine for the 14 days normally required upon arrival in the country.

The biggest challenge ahead of the meet so far has been how to deal with possible "false positive" test results, after Uchimura's participation had been in doubt when he posted a positive result from a test on Oct. 28.

But since Uchimura had been working out with the Japan team at Tokyo's National Training Center, his initial result forced the gymnastics training areas to be closed off and his teammates and team staff to be tested as well.

The facility was made available for training again on Sunday after all the results came back negative.

Question marks remain beyond this meet should similar cases occur ahead of the Tokyo Games, when crucial decisions will need to be made on athletes' participation or the closures of the games' facilities and venues. 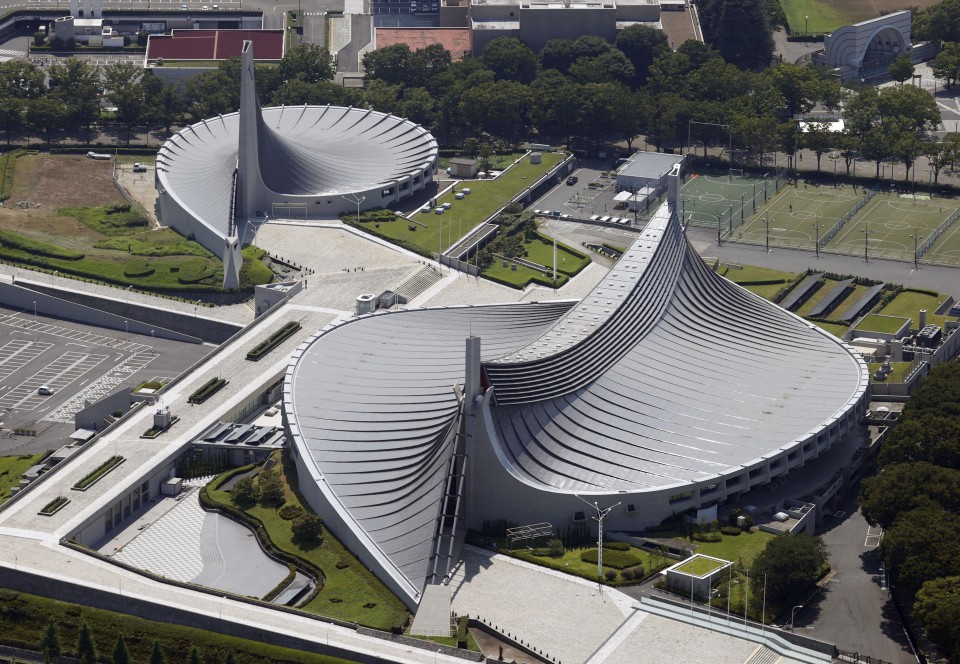