The office of former Japanese Prime Minister Shinzo Abe is suspected of covering a shortfall of about 8 million yen ($76,000) spent on dinner functions held for supporters during his time as leader, a possible violation of the political funds control law, sources with knowledge of the situation said Tuesday.

Prosecutors have questioned one of Abe's secretaries and multiple other supporters over allegations that his office illegally paid an amount for each dinner function held annually between 2013 and 2019 at Tokyo hotels.

At least one of them has confirmed that some costs had been covered by the office, the sources said without elaborating. 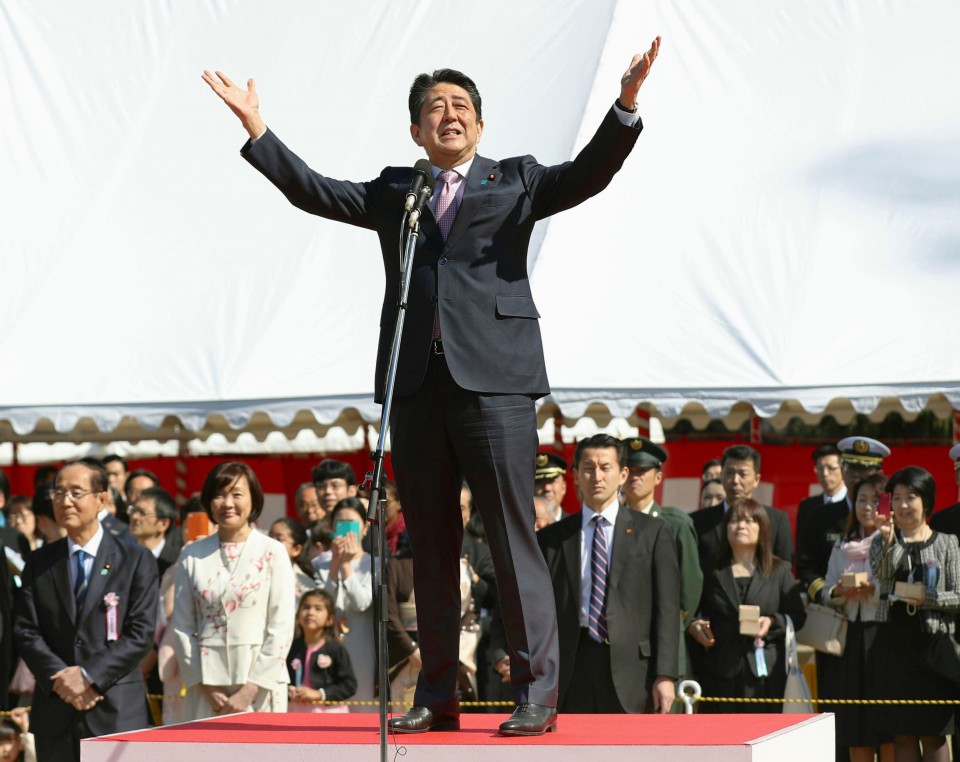 Abe told reporters on Tuesday that his office is "fully cooperating with the investigation. I can't say anything more than that at this stage."

The questioning came after a criminal complaint was filed in May against Abe, the state-paid secretary and his fund manager by lawyers and scholars, claiming they broke the law by failing to report the payment of the difference between the total costs of each party and the contributions paid by attendees.

The approximately 8 million yen in question was allegedly spent over five years from 2015 for the dinner functions at two hotels in the capital where the total bills exceeded 20 million yen, far larger than the amount collected from ticket sales.

An Abe supporter group organized each dinner function on the eve of an annual public cherry blossom viewing party, itself another cause of controversy for the former leader as he has been criticized for inviting hundreds of his backers to the taxpayer-funded events.

Banquet attendees, many of whom were voters in Abe's Yamaguchi Prefecture constituency, were charged 5,000 yen each, even though such events at the five-star hotels normally cost approximately 11,000 yen or more per head. About 800 people went to the 2019 edition.

Receipts from the hotels indicate that Abe's office covered the shortfall, according to the sources.

The complaint also alleged that Abe and the two others violated the election law by contributing to covering the cost of the gathering, saying it is tantamount to buying votes.

Abe denied in parliament his office covered the shortfall. However, the special investigative team at the Tokyo prosecutors' office has been looking into hotel documentation regarding the dinner functions.

Jun Azumi, Diet affairs chief of the major opposition Constitutional Democratic Party of Japan, told reporters that Abe should explain his allegations in the Diet on Wednesday.

The CDPJ and other opposition parties called on the ruling Liberal Democratic Party to summon Abe to a budget committee session of both houses of the Diet slated for Wednesday to explain his allegations and provide documentation.

The LDP, however, denied such a request. Hiroshi Moriyama, the LDP's head of parliamentary affairs, said in a meeting with Azumi, it is "unreasonable" for Abe to explain now that the case has been under investigation.

Since Prime Minister Yoshihide Suga was chief Cabinet secretary under Abe, the questioning of the secretary and unfolding developments could deal a blow to the new leader.

Suga said upon taking office in mid-September that he would not continue the tradition of holding state-funded cherry blossom viewing parties.