IPC encouraged by Japan's efforts to have spectators at Tokyo Games

The International Paralympic Committee is encouraged by the Japanese government's efforts amid the coronavirus pandemic to have spectators at the Tokyo Games next summer, a senior official of the organization of elite sports for disabled athletes said.

"In terms of what does it mean for athletes, I can only see benefits because our athletes love performing in front of crowds," IPC director of media and communications Craig Spence said in an online interview on the occasion of a project review for the Tokyo Olympics and Paralympics, postponed for a year due to the pandemic.

"It's what brings the Paralympic Games to life and makes the games so special," he added, stressing the safety of his athletes will be ensured as there will be no access between crowds and the field of play.

On the sidelines of the three-day project review held in Japan through Wednesday by the International Olympic Committee, the IPC, and the Tokyo Games organizing committee, Japanese Prime Minister Yoshihide Suga told IOC President Thomas Bach that the government continues to prepare for the Tokyo Games as it eyes having spectators with measures against the virus being taken.

The IOC and IPC usually hold review meetings separately, but because of continued focus on the coronavirus countermeasures, which affect both games equally, they decided to hold the review together, according to the IPC.

"At the end of the day, Japan is the host country and we need to live by the regulations that are given by the Japanese government," Spence said.

Japan is now planning to exempt foreign visitors traveling to the games from its 14-day quarantine requirement if they are from countries or regions with relatively few coronavirus cases.

Athletes and staff participating in international competitions or training camps in Japan prior to the games are also expected to be exempted from the quarantine period, with the government planning to decide by next spring whether to allow overseas spectators to attend the games. 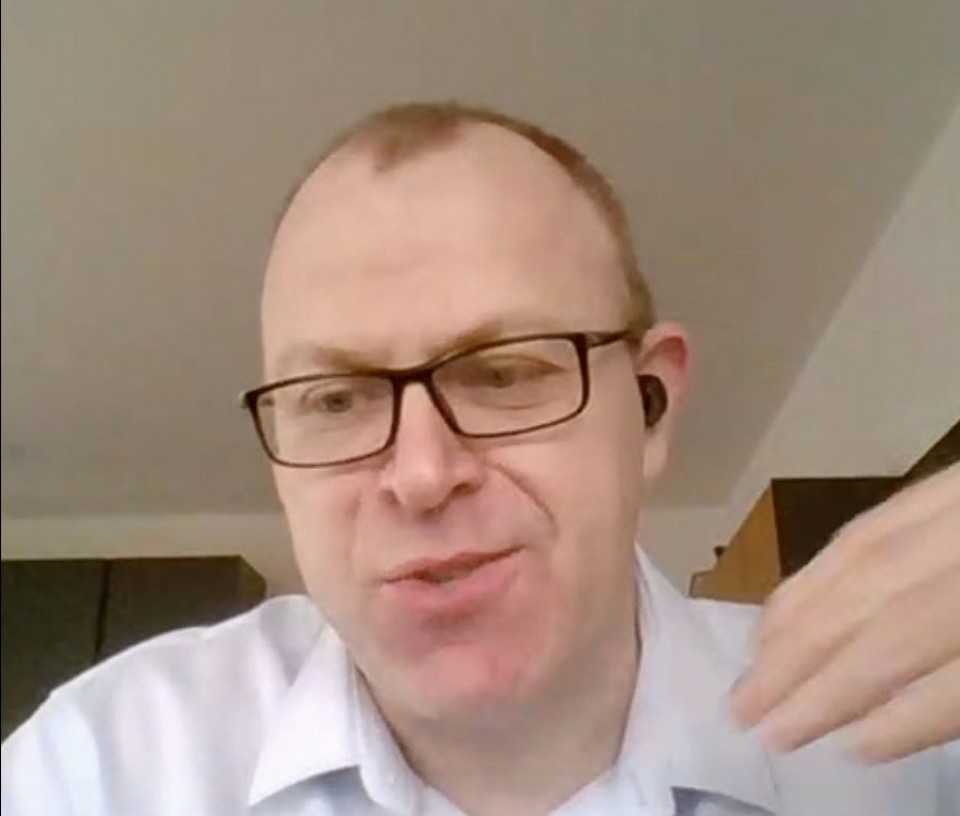 Regarding the IPC's COVID-19 measures to ensure the health and safety of disabled athletes, Spence said it is working hand-in-hand with the IOC and the Tokyo Games organizing committee to develop a baseline on rules and regulations, and the responsibilities of people who attend the games, by taking into consideration changes it needs to make in terms of accessibility and inclusion.

"It's likely that measures implemented for the Olympic Games will be very similar to (those of) the Paralympic Games," he said.

"What's important for us is to make sure that all the measures being made to ensure the health and safety of all the athletes, Olympics and Paralympics, are inclusive and accessible for all."

"We have a small number of athletes who may need special care and assistance" rather than having "a huge vulnerable community," he said.

Asked about the recent news of vaccine development, Spence said it is encouraging "not just from a small point of view but from a global society point of view."

Pfizer Inc. of the United States and its vaccine-developing partner BioNTech SE of Germany announced earlier this month that their vaccine candidate was found to be more than 90 percent effective in preventing COVID-19 in a late-stage clinical study, hailing the development as a "great day for science and humanity."

The vaccine candidate has been tested on more than 43,500 people in six countries and no serious safety concerns have been raised, according to the firms' first interim efficacy analysis from its phase three study. The companies said they are continuing to accumulate safety data.

"This virus has impacted every single person on this planet, so news of the vaccine coming is really encouraging and it's great news," Spence said.

"We will work with the IOC to try to ensure all those who come to the games are vaccinated beforehand," he said, while adding it is not essential to have a vaccine for the games and it is too early to say whether full stadiums can be realized or not.

In December, an interim report on COVID-19 countermeasures will be released by the three-party council, consisting of the central Japanese and Tokyo metropolitan governments, as well as the Tokyo Games organizing committee, according to the IPC.

Those countermeasures are scheduled to be tested at trial events in April and May next year, and all operational plans, as well as details of operational implementation, will be finalized by the end of May, it said.

The Paralympics will be held from Aug. 24 to Sept. 5 in Tokyo next year after the Olympics, which are scheduled between July 23 and Aug. 8.