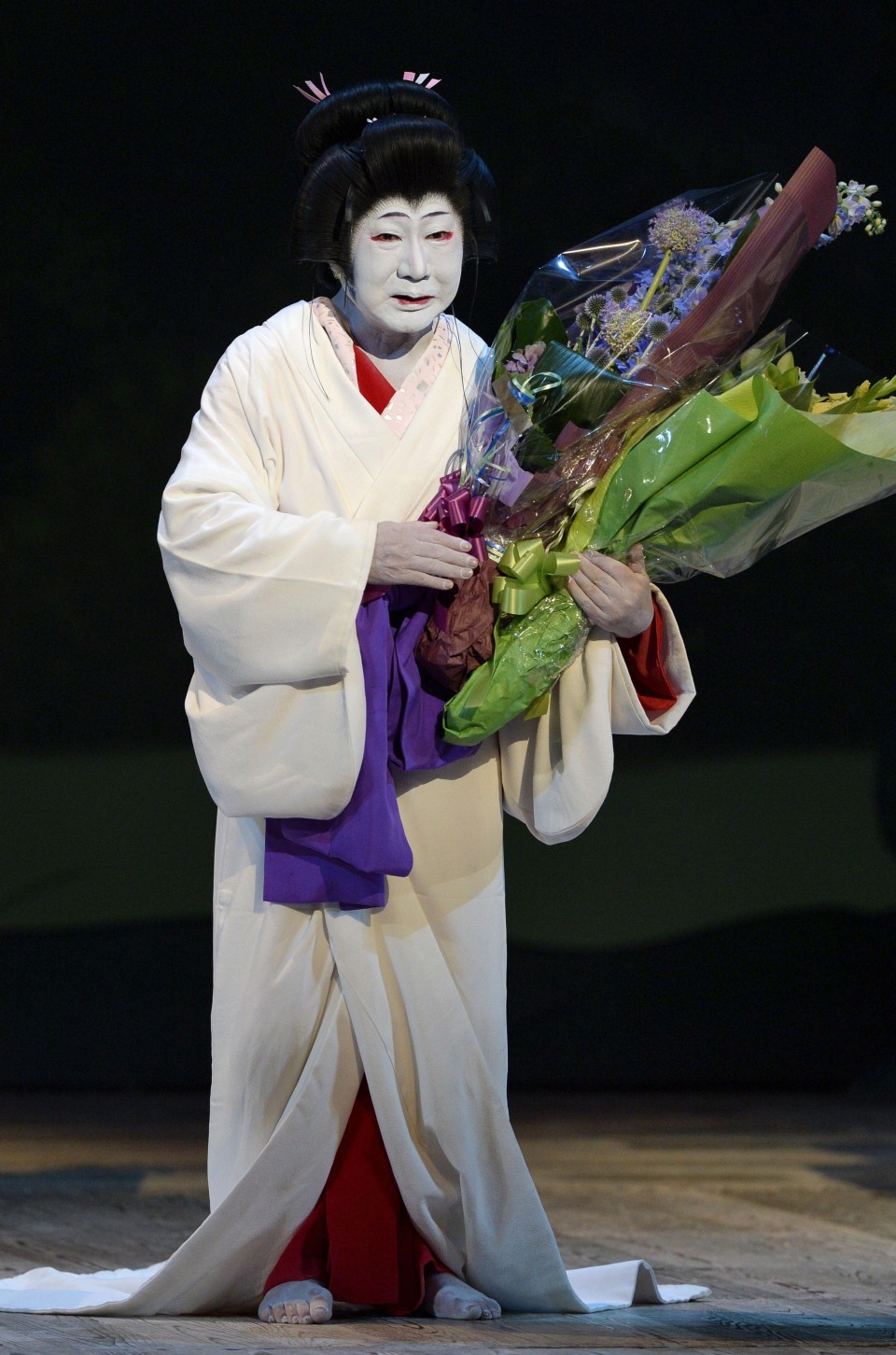 File photo taken in June 2015 shows Sakata Tojuro, a Kabuki actor recognized by the Japanese government as a living national treasure, receiving flowers after his performance in Fukuoka. He died on Nov. 12, 2020, at age 88. (Kyodo) ==Kyodo

Legendary Kabuki actor Sakata Tojuro, who had been recognized by the Japanese government as a living national treasure, died of old age on Thursday, a Kabuki production company said. He was 88.

A native of Kyoto, Tojuro came to prominence when, as a university student, he played a key role in a well-known play "The Love Suicides at Sonezaki."

Inheriting the tradition of Kamigata Kabuki from Kyoto and Osaka, Tojuro, whose real name is Kotaro Hayashi, was recognized as a living national treasure in 1994 and was awarded the country's top cultural award, the Order of Culture, in 2009.

His wife, Chikage Ogi, is an actress-turned-politician who served as president of the House of Councillors.