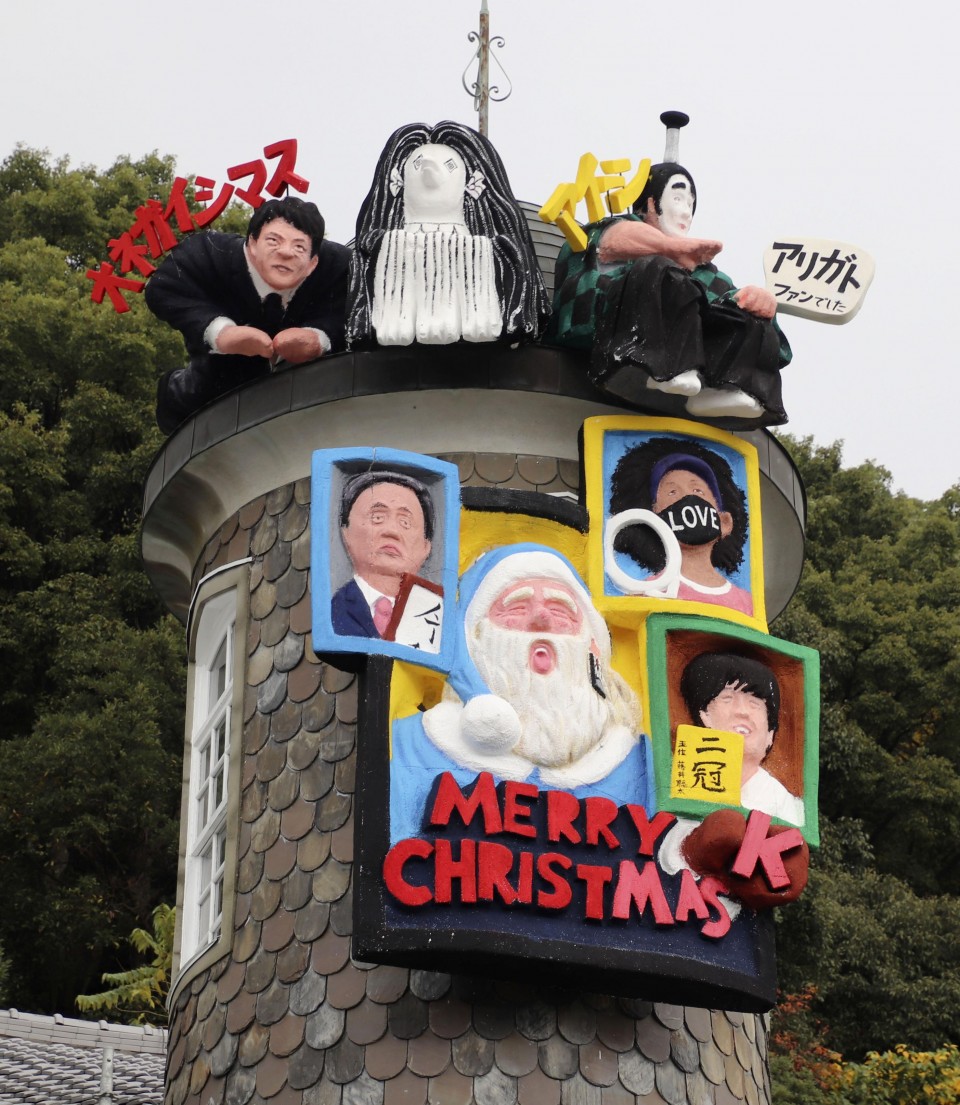 In the period through Christmas Day, figures of various newsmakers of the year will be shown on the roof and outer walls of the Uroko House (House of the Scales) museum alongside Santa in the historical Kitano district of Kobe, Hyogo Prefecture.

The museum expresses its gratitude to medical personnel in this year's display by dressing Santa in blue to represent the protective gowns worn by health care workers on the front line, with the words "Merry Christmask" below, a pun on the holiday greeting and masks worn by many to prevent the spread of the virus.

"It was difficult to decide on topics (for the display) because the main focus around the world has been the coronavirus," said Tomoka Sakihara, 57, who is in charge of the exhibit, which is approximately 3 meters high.

"I'm glad we finally made it to this time of the year," she added.

Other figures depicted on the roof include Ken Shimura, a slapstick comedian who died from the virus in March, and the legendary "yokai" monster Amabie, which was featured in a 19th century woodblock-printed news sheet in which it prophesied an epidemic. Social media users posted the image of the monster, wishing for a swift end to the pandemic.

The annual Christmas display at the museum began in 2009.

In 2019, Santa donned a rugby uniform to represent the Rugby World Cup hosted by Japan earlier that year, and held a frame with the words "Reiwa" -- the name of Japan's new era after Emperor Naruhito ascended the Chrysanthemum Throne in May that year -- written on it.