With Japan witnessing a rapid rise in the number of new coronavirus cases in recent weeks, health care workers fear that the country's medical system may soon be strained to breaking point with hospital bed shortages becoming commonplace, especially in big cities.

Hospitals have seen bed occupancy rates rising in line with the number of severe cases, and medical workers are worried they may not have the requisite capacity to treat patients in need of emergency care if the trend continues. 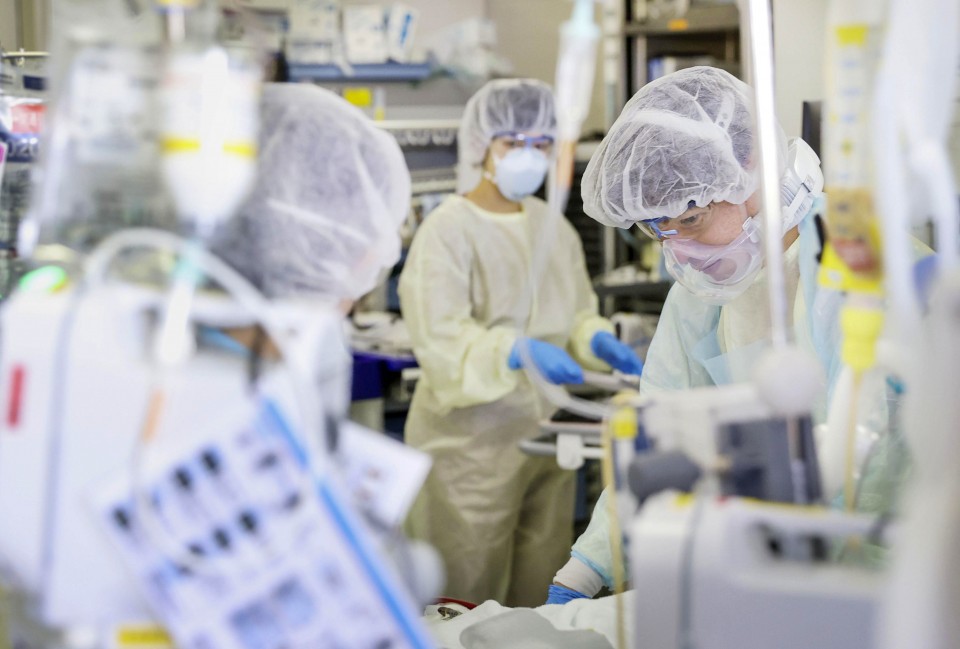 Medical staff treat a patient infected with the novel coronavirus in an intensive care unit at St. Marianna University School of Medicine Hospital in Kawasaki, near Tokyo, on April 23, 2020, amid the spread of the pneumonia-causing virus. (Kyodo) ==Kyodo

Despite this, the Japanese government has decided to continue to strike a balance between protecting the economy and the populace.

It will allow social and economic activities to go on while trying to curb the spread of the COVID-19 respiratory disease even though medical experts have called on people to exercise extreme caution.

The bed occupancy situation in Tokyo is severe but the concern is not limited to the capital with some other areas also seeing rates in excess of 50 percent as the country experiences what some medical experts have described as its third wave of infections.

"We have reached a phase of rapid spread," said Norio Omagari, director of the Disease Control and Prevention Center, at a press conference with Tokyo Gov. Yuriko Koike on Thursday.

The Japanese capital logged a daily record of 534 new cases on that day as the metropolitan government raised its virus alert to the highest of four levels.

Among the 2,640 hospital beds designated by the metropolitan government for COVID-19 patients, 1,354 or 51 percent were occupied as of Wednesday, the figure is up 10 percentage points from the previous week.

"The strain will increase on medical facilities that have (patients hospitalized) for a long period of time. There is an urgent need to secure more beds," said Masataka Inokuchi, a vice head of the Tokyo Medical Association.

Hokkaido, a popular tourist destination known for its heavy snowfall and frigid temperatures, has seen a more urgent need with the bed occupancy rate standing at 72 percent as of Tuesday. 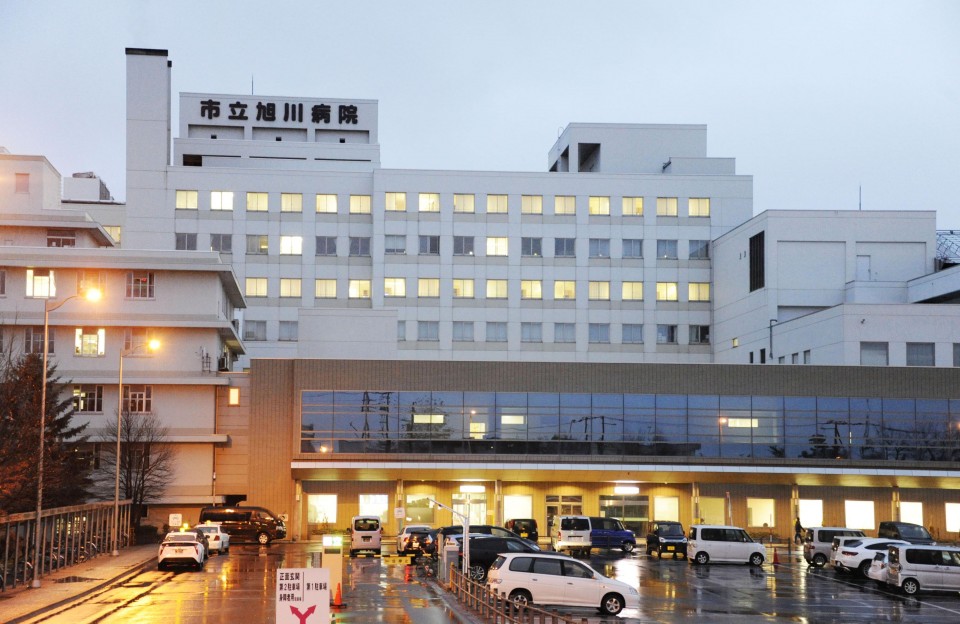 Asahikawa in central Hokkaido has made it a general rule to hospitalize everybody who tests positive for the virus, but that is not a prefecture-wide policy.

"We have reached a limit," said Go Asari, a senior official at Asahikawa City Hospital, which has the majority of its 35 beds occupied.

Prime Minister Yoshihide Suga said Thursday Japan is on "maximum alert" but did not put in place concrete measures against the virus except for asking people to wear face masks at restaurants as much as possible.

The government has decided against declaring a state of emergency, as it did earlier in the year, even though the number of virus cases has reached record levels this month.

The government has also decided to maintain its lifeline to the domestic tourism industry by keeping in place its "Go To Travel" subsidy program, despite experts saying it was partly responsible for the virus' resurgence.

A senior official in charge of the COVID-19 response at the Ministry of Health, Labor and Welfare pointed out Japan's medical system is not yet in a dire situation.

"There has not been a situation in which patients have nowhere to go and (have to) line up in the hallway like they do overseas," the official said.

Shinji Ogura, a professor of emergency and disaster medicine at Gifu University, however, indicated there is no room for optimism.

"Medical resources, including workers, are close to collapsing, and the level of urgency is extremely high." he said. "I want people to take thorough infection prevention measures to also protect the medical system."