Trump may be discharged from hospital as early as Mon. if feels well

U.S. President Donald Trump is doing well in his battle against the novel coronavirus and could be discharged from hospital as early as Monday if his condition remains stable, his medical team said.

"If he continues to look and feel as well as he does today, our hope is that we can plan for a discharge as early as tomorrow to the White House where he can continue his treatment course," the team told a press conference on Sunday. The 74-year-old president was diagnosed with the virus on Thursday and was hospitalized the following day. 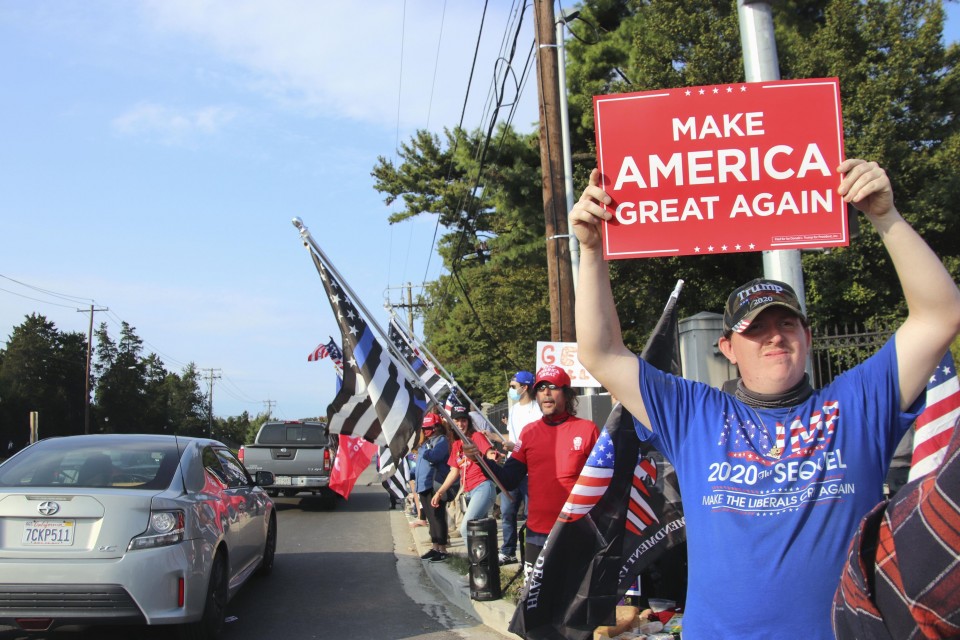 In a Twitter video message apparently taped prior to the "surprise visit," Trump spoke of the respiratory illness caused by the virus as "an interesting journey."

"I learned a lot about COVID. I learned it by really going to school. This is the real school. This isn't the 'let's read the books' school. And I get it, and I understand it," he said.

Trump has been widely criticized for repeatedly downplaying the threat of the virus and for his reluctance to wear a mask to reduce the spread of the disease, which has infected more than 7.4 million people and killed around 210,000 people in the United States.

While supporters reacted with joy during Trump's drive-by in the presidential car, his conduct immediately met backlash from medical professionals, including an attending physician at Walter Reed hospital, James Phillips, who tweeted that he is putting fellow passengers at risk of COVID-19 infection inside a vehicle that is "bulletproof" and "hermetically sealed against chemical attack."

The president appeared to be in better shape than his previous video messages, even as concerns have grown over his condition amid conflicting assessments presented a day before.

While the medical team offered a rather optimistic view Saturday morning, White House chief of staff Mark Meadows issued a dire warning around the same time that Trump's vitals over the last 24 hours had been "very concerning," saying "the next 48 hours will be critical in terms of his care."

The comments were attributed to a person familiar with the president's health in a pool report sent to White House reporters, but later it was revealed to have been a statement from Meadows.

"What he meant was that 24 hours ago, when he and I were checking on the president, that there was that momentary episode of the high fever, and that temporary drop in the (oxygen) saturation, which prompted us to act expediently to move him up here (to the hospital)," Conley said.

But the physician admitted that the president has received supplemental oxygen during the illness, after remaining elusive on the issue a day before.

"I was trying to reflect the upbeat attitude" of the president and his medical team, he said.

Conley said the president has experienced two episodes of "transient drops in his oxygen saturation," on Friday and Saturday, and was given dexamethasone -- a steroid that has been known to be helpful for people suffering severe COVID-19 symptoms.

But he emphasized that Trump's condition has "continued to improve."

Trump has come down with the virus just weeks ahead of the Nov. 3 presidential election, but has been eager to return to the campaign trail.