At least 24 people died and more than 800 were injured in Turkey after an earthquake with a magnitude of 7.0 struck off the west coast of the country on Friday, local authorities said.

Two people also died after being trapped under a collapsed wall on the Greek island of Samos, both of them teenagers. 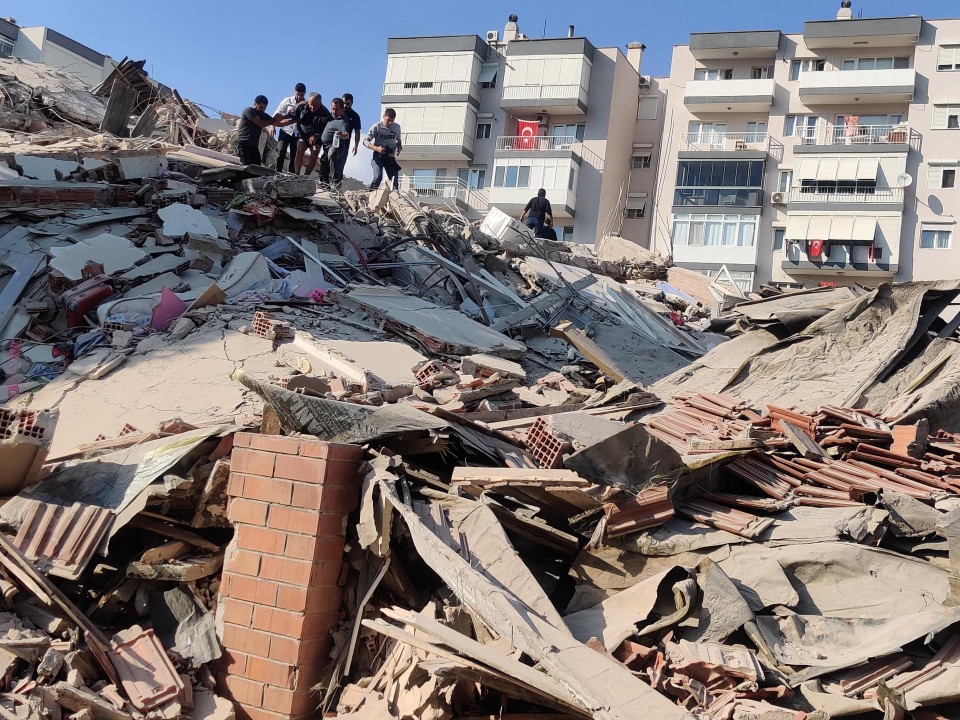 A view of a quake damaged site after a magnitude 6.6 quake shook Turkey's Aegean Sea coast, in Izmir, Turkey on Oct. 30, 2020. (Anadolu Agency/Getty/Kyodo)

The powerful quake in the Aegean Sea triggered a tsunami, causing some coastal residential areas to be inundated with sea water.

Rescue operations continued at 17 collapsed buildings in Turkey's coastal province of Izmir with people feared to be trapped under the debris.

The temblor occurred at 2:51 p.m. local time and originated at a depth of about 20 kilometers near Samos, according to the U.S. Geological Survey.

The shaking was also felt in Istanbul.

Straddling many active faults, Turkey is an earthquake-prone country. More than 17,000 people died in a strong quake in 1999, while another in 2011 killed some 600 people.