Japan will extend 25 billion yen ($236 million) in emergency loans to Mongolia to assist its efforts to revitalize the economy hard hit by the novel coronavirus pandemic, Foreign Minister Toshimitsu Motegi said Friday after talks with his Mongolian counterpart Nyamtseren Enkhtaivan.

Speaking in an online press conference after the meeting in Ulaanbaatar, Motegi said the two ministers also agreed to step up coordination in resolving the issue of North Korea's abductions of Japanese nationals in the 1970s and 1980s. 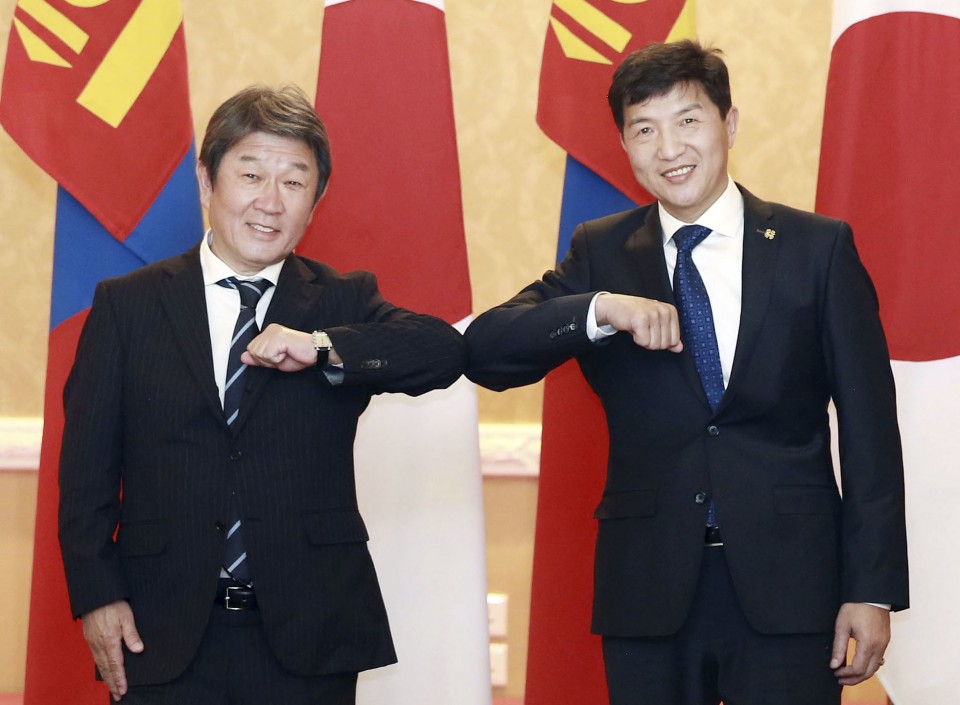 "I hope to further develop the bilateral strategic partnership" with Mongolia, which shares universal values such as the rule of law and democracy with Japan, Motegi said.

Japan has often looked to Mongolia, a country that has close ties with North Korea, to act as a mediator in addressing the abduction issue.

In a separate meeting with Mongolian Prime Minister Ukhnaa Khurelsukh, Motegi said the two sides agreed to promote work toward the early opening of a new international airport in the Mongolian capital, a project financed by Japan's loans.

The opening of the airport has been delayed due to the pandemic.

"The airport is a new symbol of bilateral cooperation and will enhance connectivity in the region," Motegi said, who is on a two-day trip to Mongolia through Saturday.