U.S. President Donald Trump on Saturday held his first public event since he was found to have contracted the novel coronavirus just over a week ago, making a show of his recovery with not much time left until the Nov. 3 election.

"First of all, I'm feeling great," said the 74-year-old Republican president, who made an appearance from a balcony at the White House with a mask that he immediately removed to deliver a speech to cheering supporters.

Trump is trailing Democratic rival Joe Biden, the 77-year-old former vice president, in national polls, with the margin widening following the chaotic first presidential debate on Sept. 29, which was dominated by interruptions and insults, and his announcement three days later that he tested positive for the virus. 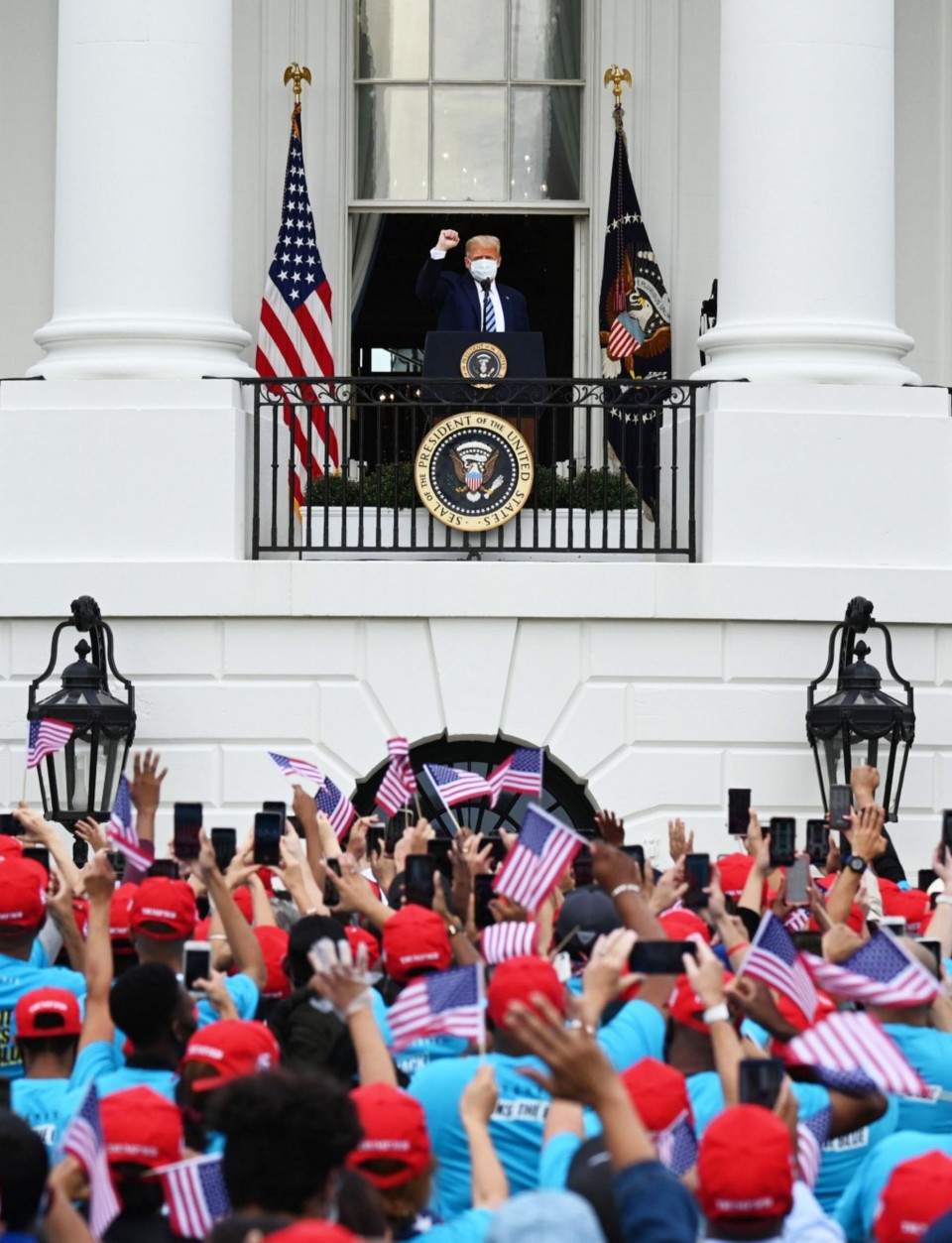 President Donald Trump gestures while arriving to speak from the White House in Washington, DC on Oct. 10, 2020. (UPI/Kyodo)

As he usually does in campaign rallies, the president spent a large amount of time attacking Biden and boasting of his achievements during his nearly four years as president.

But he wrapped up his remarks in about 18 minutes, much shorter than his usual campaign speeches that often last for over an hour.

Trump appears to be steadily recovering from the virus after he left the hospital where he stayed for three nights from Oct. 2 for treatment.

In a memorandum released after Trump's appearance in public on Saturday afternoon, his physician Sean Conley said the president is "no longer considered a transmission risk to others" based on morning test results.

"Now at day 10 from symptom onset, fever-free for well over 24 hours and all symptoms improved, the assortment of advanced diagnostic tests obtained reveal there is no longer evidence of actively replicating virus," he added. The memo did not clearly state whether the president tested negative for the virus.

The Trump campaign has already announced that, starting Monday, he will hold rallies in Florida, Pennsylvania and Iowa.

The president has been criticized for repeatedly downplaying the threat of the virus, but he maintained during his speech on Saturday that the pandemic is "going to disappear and is disappearing."

The United States remains the country hardest hit by COVID-19, with more 7.7 million confirmed cases and 210,000 fatalities, according to a tally by Johns Hopkins University.