Kei Nishikori bowed out in the second round of the French Open on Wednesday, losing in five sets to Italy's Stefano Travaglia. 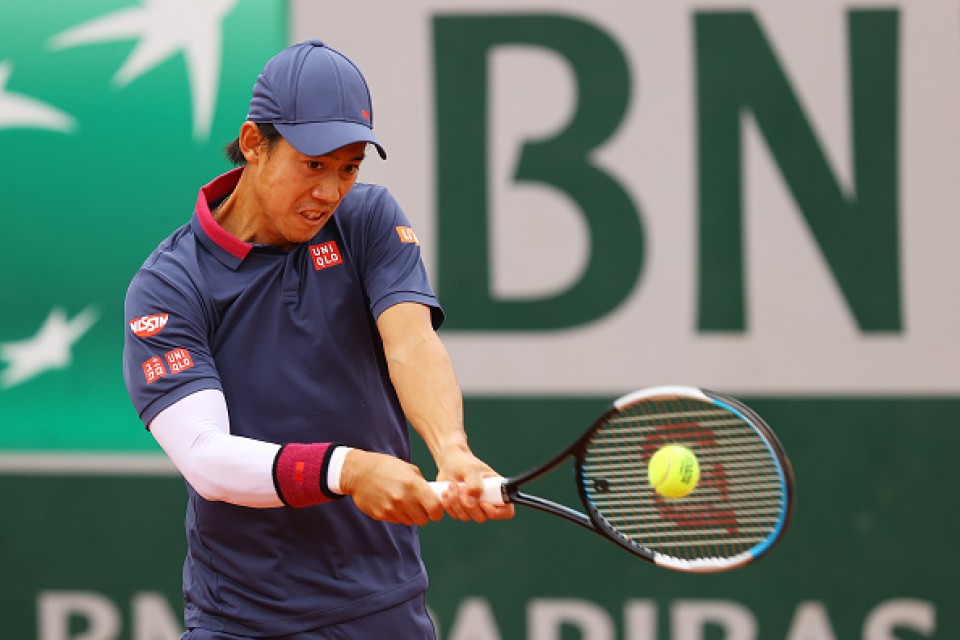 Kei Nishikori of Japan plays a backhand during his Men's Singles second round match against Stefano Travaglia of Italy on day four of the 2020 French Open at Roland Garros on September 30, 2020 in Paris, France. (Getty/Kyodo)

Despite being unable to reach the third round at Roland Garros for a sixth straight year, Nishikori was positive about the result at the current stage of his comeback, which follows an almost one-year absence.

The 2014 U.S. Open runner-up had season-ending surgery on his right elbow last October, with two positive coronavirus tests in August forcing him to take more time away before his return to the court last month in Kitzbuhel, Austria.

"I consider (the French Open) a good result, even if I had lost in the first round," Nishikori, 30, said. "I'm happy, as I improved after the first round and was able to play two five-setters."

"I still haven't been able to play consistently, but it was my best match (since coming back). If I had a little more of my rhythm and feel for the game back, I could have won in three sets."

Although he struck a confident tone, Nishikori said he was still battling fitness issues and was disappointed not to reach the third round, where he would have met second seed Rafael Nadal.

"I'm frustrated, as usual (after a loss). I wanted to win, but my lack of conditioning meant I was battling myself as well as my opponent. I was a little more mentally fatigued than usual," Nishikori said. 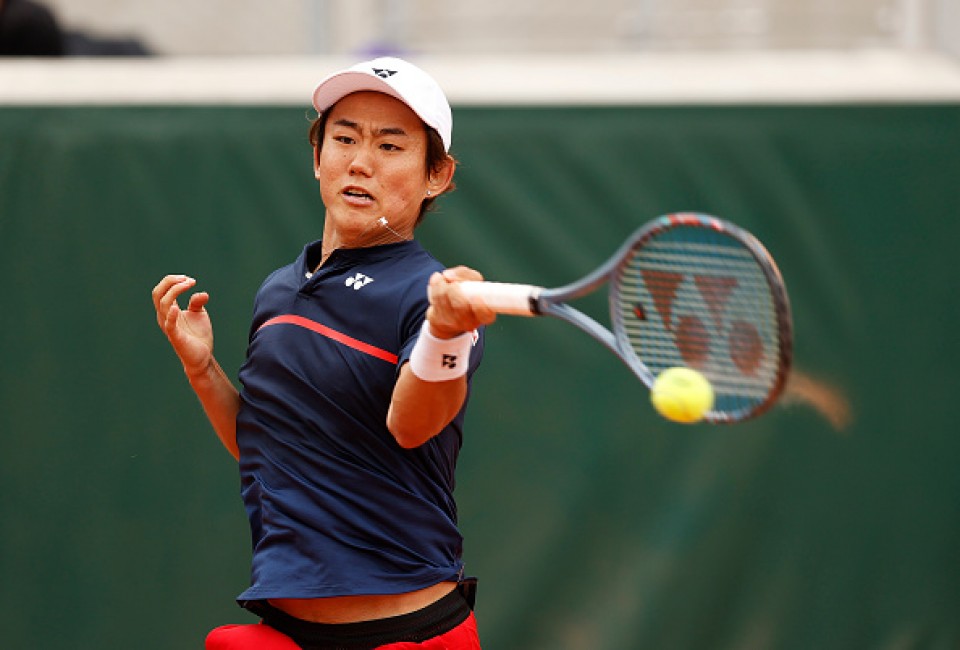 Yoshihito Nishioka of Japan plays a forehand during his Men's Singles second round match against Hugo Gaston of France on day four of the 2020 French Open at Roland Garros on September 30, 2020 in Paris, France. (Getty/Kyodo)