Japan Airlines Co. projects a net loss of between 200 billion yen ($1.9 billion) and 250 billion yen for this fiscal year, turning unprofitable for the first time since relisting on the Tokyo stock market in 2012, sources familiar with the matter said Tuesday.

JAL expects it will take time for international air travel demand to recover as long as strict border controls remain in place amid the coronavirus pandemic, the sources said. 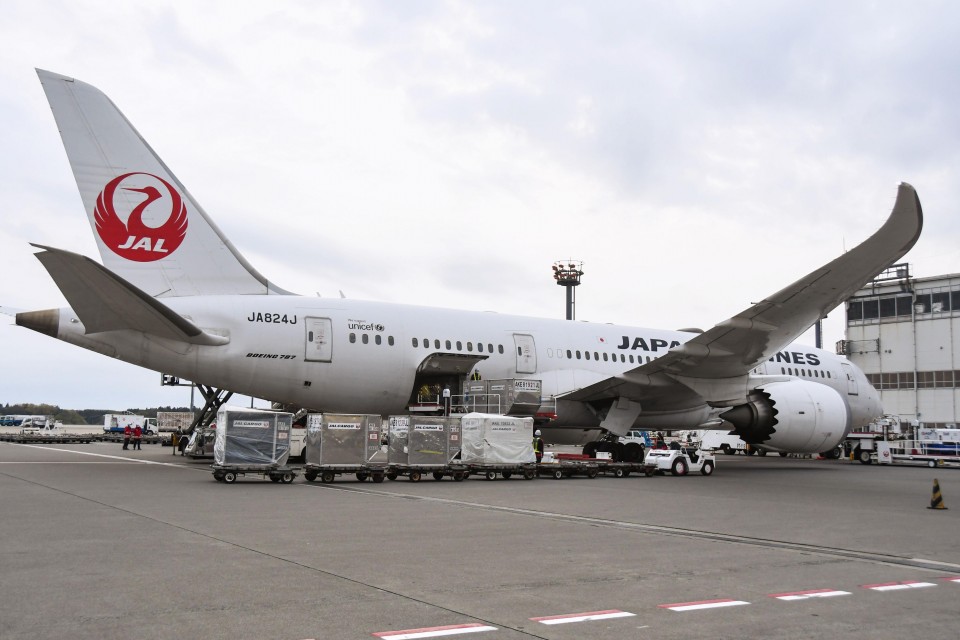 A Japan Airlines plane unloads cargo at Narita airport near Tokyo on April 17, 2020, after flying from Shanghai without carrying passengers. JAL has used many of its passenger planes for cargo transportation as many flights were canceled due to the coronavirus pandemic. (Kyodo) ==Kyodo

The airline has not provided its forecast for the current fiscal year to March 2021, as the spread of the virus has left the business climate uncertain. JAL is scheduled to release earnings for the fiscal first half through September on Friday.

The expected loss marks a sharp deterioration from 53.41 billion yen in profit last fiscal year and follows a dismal forecast by its domestic rival ANA Holdings Inc. for this fiscal year.

The parent company of All Nippon Airways Co. said Tuesday it expects a record net loss of 510 billion yen for the year to March 2021.

The airline is considering raising as much as 300 billion yen in capital to strengthen its financial standing, according to people close to the matter.

JAL is expected to report an operating loss of around 85 billion yen for the three months through September, improving from a loss of 131.01 billion yen in the previous quarter, those close to the matter added.

It has implemented cost-cutting measures and benefited from a government program launched in late July that subsidizes 35 percent of domestic travel expenses.

The company had undertaken drastic restructuring measures such as cutting its fleet capacity by over 100 aircraft and slashing its workforce by about 16,000 employees after filing for bankruptcy in 2010. As revamp efforts began paying off, it went public again in 2012.