Japan will hold ceremonies on Nov. 8 to celebrate Crown Prince Fumihito's ascent to first in line to the Chrysanthemum Throne that were postponed due to the coronavirus pandemic, Prime Minister Yoshihide Suga said Thursday.

The "Rikkoshi no rei" ceremonies are intended to formally proclaim the 54-year-old's new status after his elder brother Emperor Naruhito was enthroned in May last year. 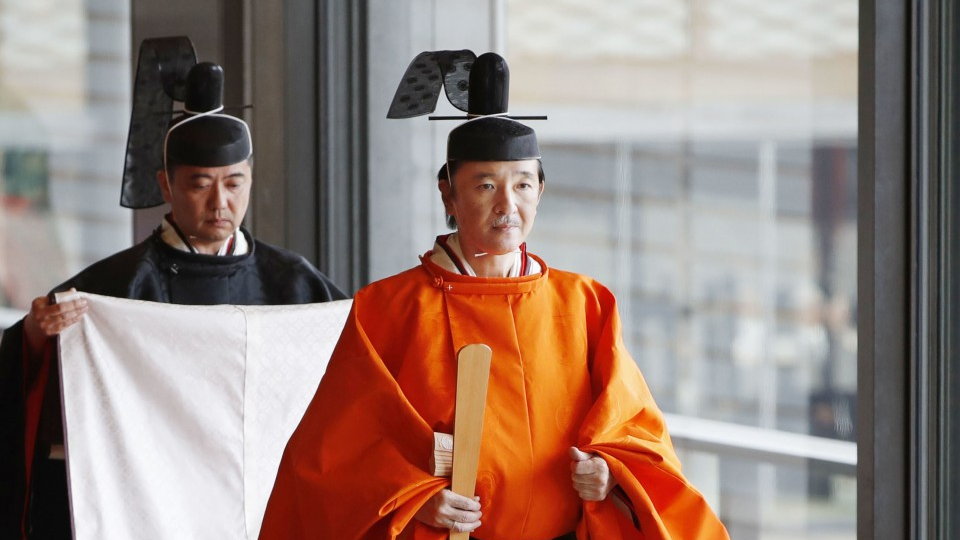 Japan's Crown Prince Fumihito heads to the enthronement ceremony of his elder brother, Emperor Naruhito, in the "Matsu no Ma" state room of the Imperial Palace in Tokyo on Oct. 22, 2019. (Kyodo)

They were initially scheduled to be held on April 19 but were put off due to the novel coronavirus outbreak.

"We would like to make thorough preparations while carefully taking measures against the novel coronavirus so that the Rikkoshi no rei ceremonies marking the last of the slew of ceremonies for the imperial succession will be carried out smoothly with people's blessings," Suga told a meeting of the event's organizing committee.

To reduce the risk of infection as much as possible, the committee has decided to reduce the number of guests at the ritual to around 50 from the original 350 and not to hold a buffet banquet.

Former Emperor Akihito, father of Emperor Naruhito and the crown prince, abdicated on April 30 last year, the first time a Japanese emperor has stepped down in over 200 years. 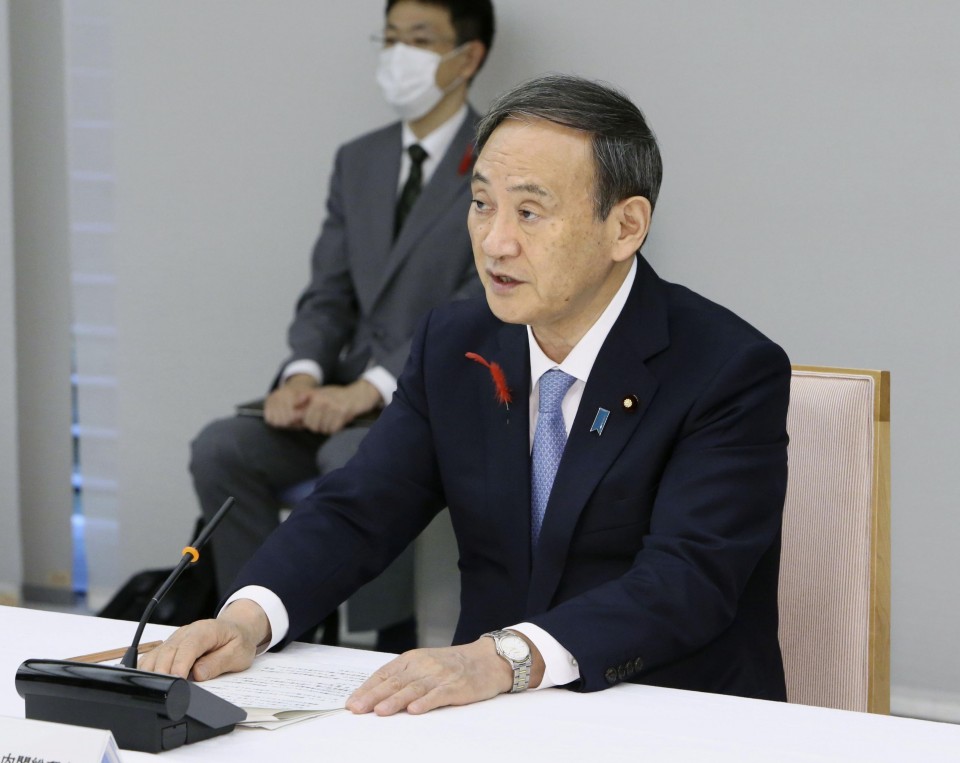 Japanese Prime Minister Yoshihide Suga attends a government committee meeting on issues related to imperial succession in Tokyo on Oct. 8, 2020. It was decided at the meeting that Japan will hold ceremonies on Nov. 8 to celebrate Crown Prince Fumihito's ascent to first in line to the Chrysanthemum Throne that have been postponed due to the coronavirus pandemic. (Kyodo)

Following the proclamation ceremonies the government is expected to start full-fledged discussions on how to ensure stable succession in the shrinking imperial family, as the Japanese parliament adopted a nonbinding resolution in 2017 requesting the government to address the matter.

While indicating the government will focus on holding the ceremonies first, Chief Cabinet Secretary Katsunobu Kato said, "After that, we would like to deal with the matter in light of the resolution."

The number of imperial family members has been falling, with the 1947 Imperial House Law stating only males in the paternal line can ascend the Chrysanthemum Throne and female members have to abandon their imperial status after they marry commoners.

Emperor Naruhito and Empress Masako have a daughter, Princess Aiko, 18.