Palau, one of the few countries with diplomatic ties with Taiwan and one that is under economic pressure from China, has invited the United States to set up military facilities on the Pacific island, according to a document obtained by Kyodo News.

The move illustrates an attempt by a small Pacific country to have the United States serve as a bulwark against an increasingly assertive China at the same time as the two largest economies clash over trade, security and other issues. 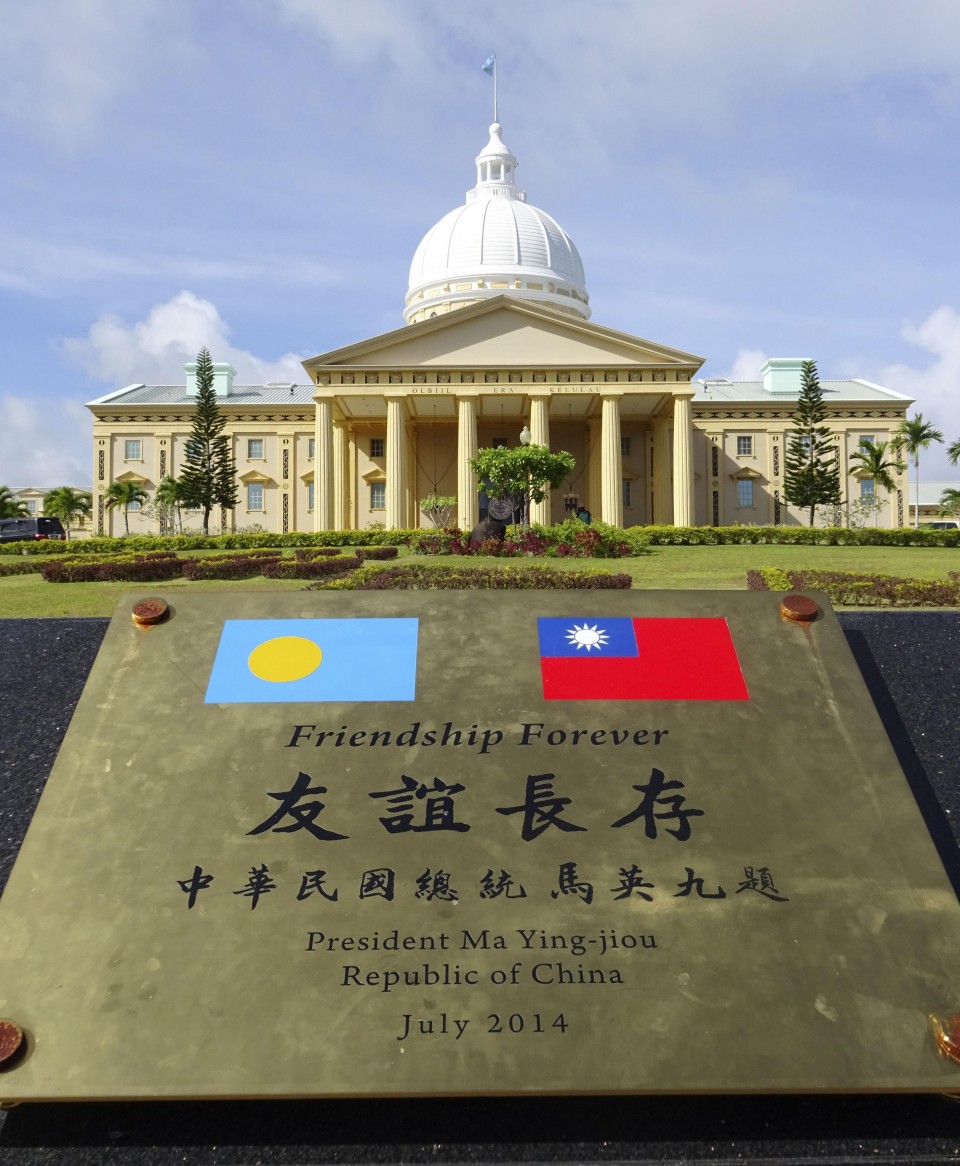 Photo taken in February 2018 shows a government building in Palau built with assistance from Taiwan. (Kyodo)

The written invitation was handed to Mark Esper when he visited Palau President Tommy Remengesau on Aug. 28 as the first U.S. defense secretary to visit the country, according to Palau's presidential office.

The United States administered Palau as part of the Trust Territory of the Pacific Islands under U.N. auspices following World War II. In 1982, the United States and Palau forged an accord under which the former promised to handle the latter's security. Palau became an independent state in 1994.

The document urges the United States, "which has no greater friend than the Republic of Palau," to establish a regular military presence in Palau."

"Palau's request to the U.S. military remains simple: to build joint use facilities, then come and use them regularly," it says.

It lays out the need for a new port for U.S. naval vessels, airstrips for U.S. military planes, a training ground for U.S. troops, and a U.S. coast Guard presence to help Palau with maritime surveillance and enforcement.

Remengesau, in the document, contends that the United States has "underutilized" its right to establish defense sites in Palau. "As a result, Palau and the U.S. regularly struggle to house U.S. troops, to host U.S. military exercises, and to carry out important joint training operations."

Saying that the coronavirus pandemic "threatens the health, safety and independence" of his tiny republic, the president said we will need our U.S. ally more than ever."

Pointing out the Palau faces a "looming debt crisis" and needs U.S. help in many forms, he specifically called for loan forgiveness and increased private investment by American companies.

Palau's overtures to the United States come as China has sought to chisel away a shrinking group of countries that maintain diplomatic ties with self-ruled Taiwan. Beijing considers Taiwan a breakaway province in need of reunification.

The Pacific countries of the Solomon Islands and Kiribati broke off their ties with Taiwan and instead established diplomatic relations with China in September last year. Their moves are believed to have been tied to economic aid dangled by China.

China has put pressure on Palau in hopes of inducing diplomatic recognition from the small country. The Chinese government issued a notice internally in November 2017 banning group travels to Palau, a shot directly aimed at the island country's core industry, tourism.