Arashio, a retired sumo wrestler and current stablemaster who hails from China's Inner Mongolia region, has spoken out against a decision by Beijing to install Mandarin Chinese as the language of instruction in his home region's schools.

"Why would they do such a terrible thing? Ninety-nine percent of Mongolians are angry with the measure," Arashio told Kyodo News in a recent interview. 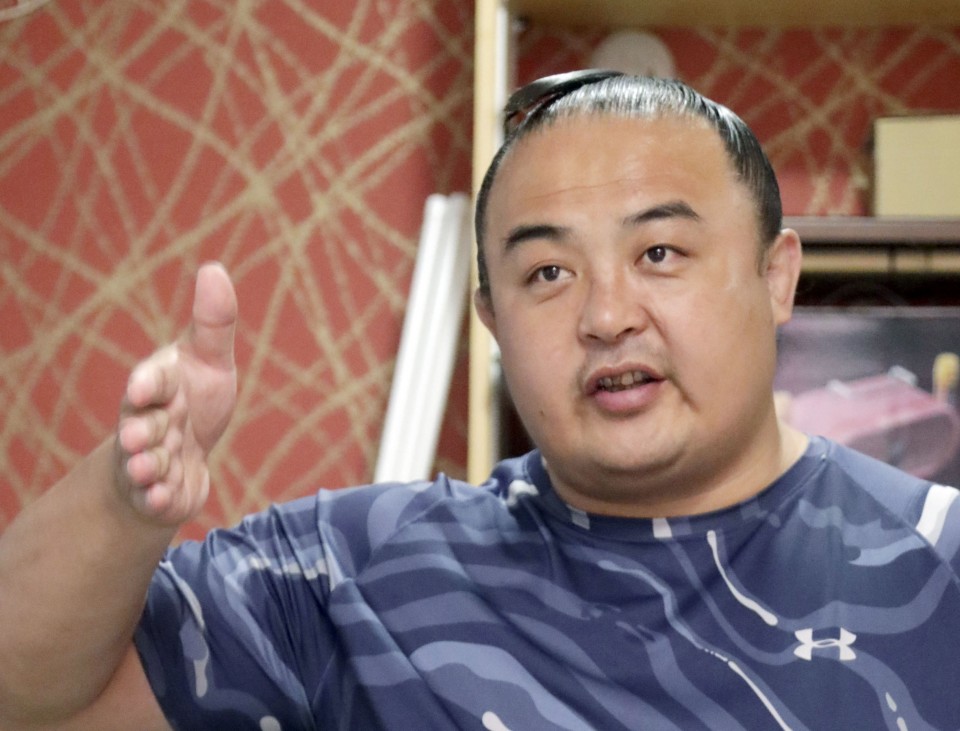 Sumo stablemaster Arashio, who is from China's Inner Mongolia, speaks during an interview in Tokyo on Oct. 13, 2020. The former sumo wrestler whose ring name was Sokokurai criticized the Chinese government after it started requiring schools in the Inner Mongolia Autonomous Region to use textbooks in Chinese from the start of the school year in September instead of Mongolian-language textbooks. (Kyodo)

Arashio's public statement is the first from a Mongolian sumo wrestler, active or retired, about China's so-called "bilingual education" policy that ethnic Mongolians say is endangering their native language.

The 36-year-old stablemaster, whose birth name is Enhetubuxin, is a prominent member of the legion of Mongolian fighters who have dominated sumo in recent years.

Arashio said the Chinese government's efforts to assimilate the nation's ethnic minorities into the dominant Han culture has caused a decrease in the number of children who speak his mother tongue. He is concerned the new directive will result in the language eventually being lost.

The Mandarin instruction is expected to start with language and literature then expand to history as well as morality and law classes over the next two years. 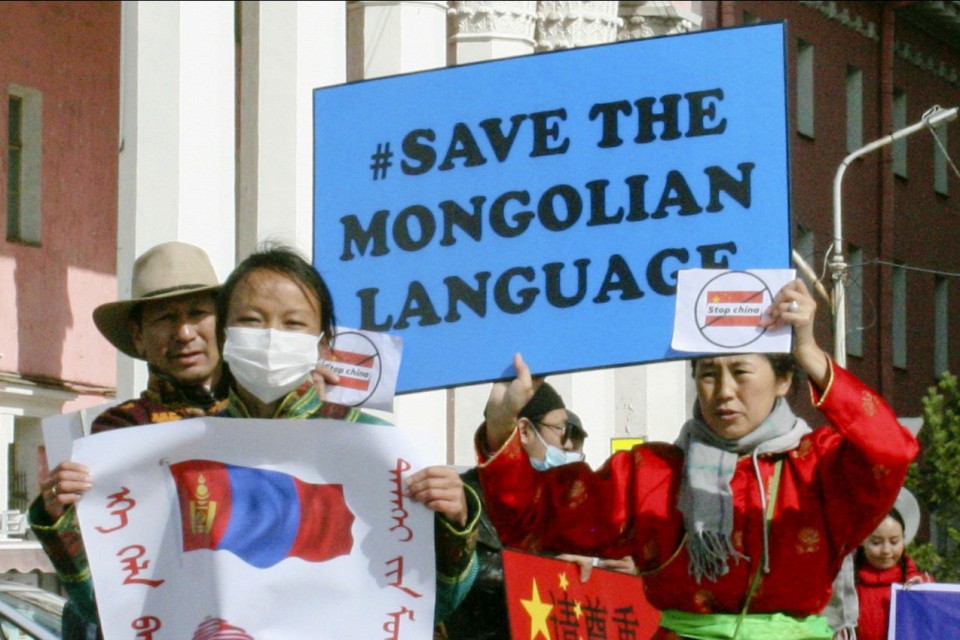 People stage a rally against China in Ulaanbaatar on Sept. 15, 2020, after the Chinese government started requiring schools in the Inner Mongolia Autonomous Region to use textbooks in Chinese from the start of the school year in September instead of Mongolian-language textbooks. (Kyodo)

Protests have erupted in northern China against the forced move to Mandarin-only education, with ethnic Mongolian students and parents facing off with police after the policy was announced in late August.

About 10,000 people have been taken into police custody, according to the U.S.-based Southern Mongolian Human Rights Information Center.

The demonstrations spread to other countries, with a large-scale gathering in Tokyo attracting a crowd of 10,000 people. Arashio has been hesitant about participating in protests out of concern about the negative consequences it could have for his relatives in his homeland.

Still, he has been exchanging information with acquaintances via social media, saying that he is unsure about what is happening "and it's really disturbing, I can hardly eat." 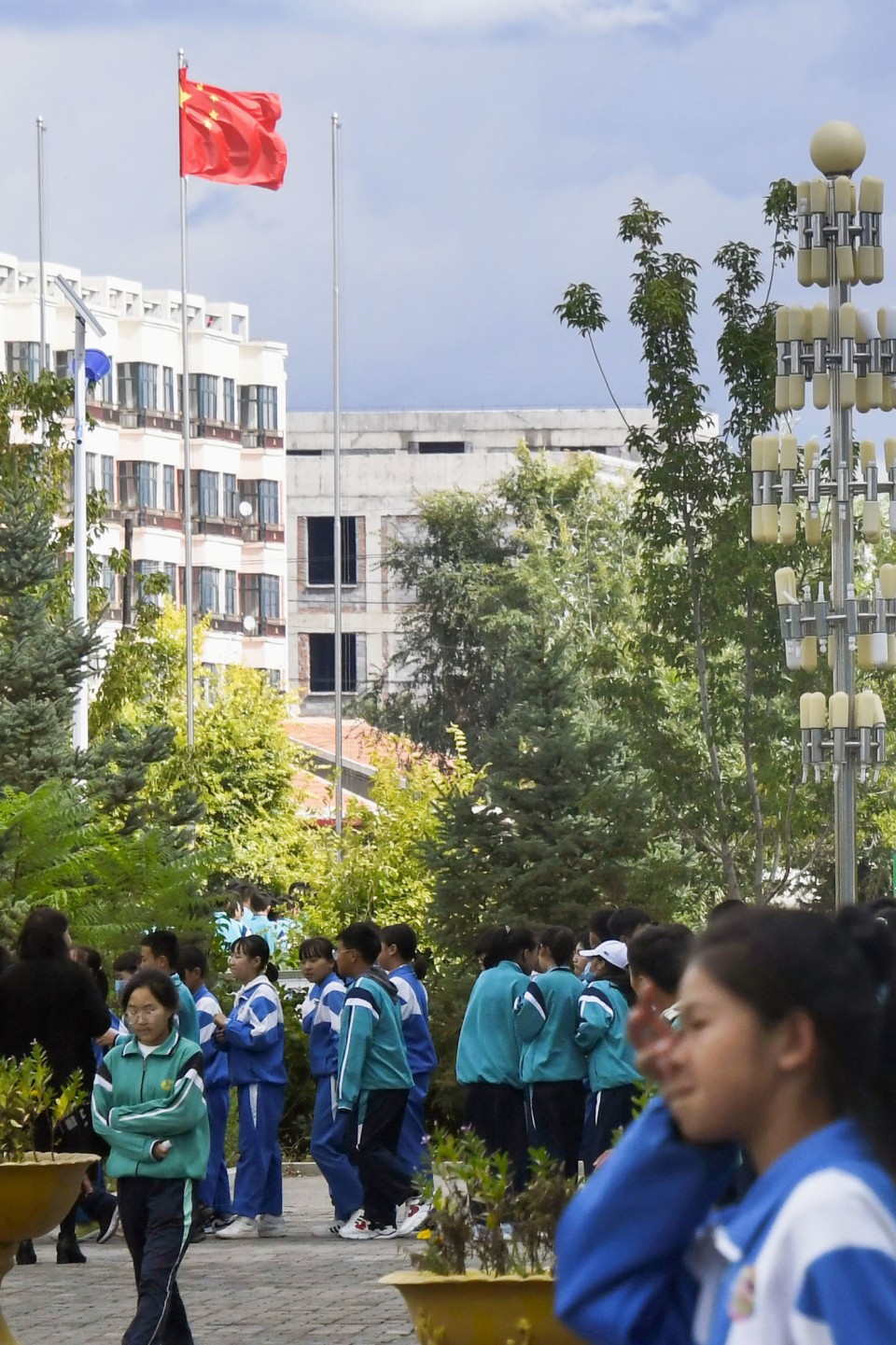 File photo taken on Sept. 17, 2020, shows a Chinese flag flapping at a school in Tongliao in the Inner Mongolia Autonomous Region in China.  (Kyodo)

Of China's total population of 1.4 billion, over 90 percent are from the dominant Han ethnic group, while there are 5.98 million ethnic Mongolians.

With Han Chinese already making up nearly 80 percent of the population in Inner Mongolia, the province's native Mongolian residents have struggled to maintain their linguistic and cultural identity, one shared by those living in the independent nation of Mongolia to the north of China.

Arashio said Mongolian culture must be preserved in China.

"Mongolians take great pride in their nation and its history. It would be unforgivable to snuff out our culture," he said.

Arashio, known as Sokokurai when he competed in sumo's top division, is the first China-born sumo elder to run his own stable.