The Japanese government on Friday asked local authorities and business lobbies to give workers more time off during the upcoming New Year holiday, when many people visit relatives or go on vacation, to mitigate crowding and thus reduce the risk of spreading the novel coronavirus.

Yasutoshi Nishimura, the minister in charge of the government's coronavirus response, made the request as he held talks with the National Governors' Association as well as the Japan Business Federation, also known as Keidanren, and two other major business lobbies in the country.

"Households spend more when they have days off before and after the year-end and New Year holidays," said Nishimura, while also asking for preventive steps on Halloween, another occasion in which a virus spread is feared. 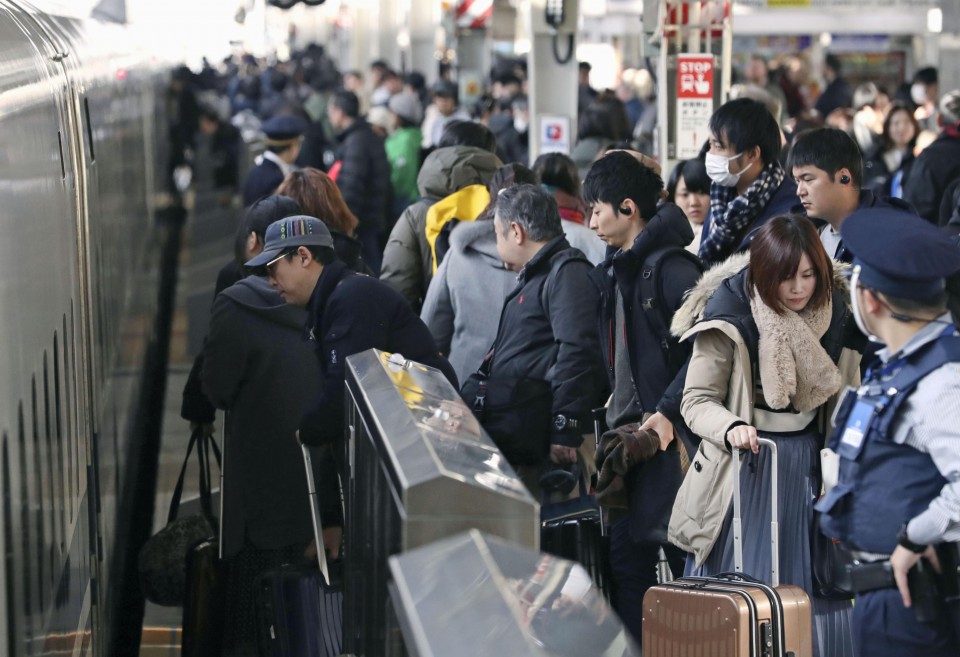 Tokushima Gov. Kamon Iizumi, who heads the governors' association, supported the government's suggestion, saying, "It is a great opportunity to set a new measure from the standpoint of reforming work practices."

Economy, Trade and Industry Minister Hiroshi Kajiyama separately said he has sent out the same request to some 900 business organizations.

The New Year holiday is one of the busiest seasons for travel in Japan as trains, planes and highways become packed with people returning to their hometowns to see family and friends or taking the opportunity to go on vacation. People also make their first Shinto shrine visit of the year or go shopping for New Year sales bargains.

The government fears such activity will be concentrated in the first three days of the New Year as the upcoming holiday period is shorter than usual, with Jan. 4 being a Monday, making it a working day.

A government subcommittee on the coronavirus has proposed extending the holiday period through Jan. 11 so people can be flexible in planning their holidays.

Following the online talks, Nobuyuki Koga, who chairs Keidanren's board of councillors, said the organization and the two other major business lobbies are planning to hold their New Year party "in a seated style, without drinking and eating, among a limited number of participants."

In addition to the New Year holiday, the subcommittee has also called for countermeasures for Halloween, including urging people to avoid eating and drinking on streets.

Tokyo's Shibuya district, which usually draws swarms of costumed partygoers at night, has asked people not to come out this year due to concerns about COVID-19.

Japan's cumulative total of confirmed novel coronavirus cases topped 100,000 on Thursday, including about 700 from a cruise ship that was quarantined in Yokohama in February, with a little over 1,700 deaths attributed to the coronavirus.

The country has seen a recent uptick in the number of new infections coinciding with a resumption of economic activity.