Chinese coast guard ships which entered Japanese territorial waters near the Senkaku Islands in the East China Sea over the weekend left the area Tuesday night having stayed there for a record length of time, the Japan Coast Guard said.

The two ships left Japanese waters and sailed in the so-called contiguous zone from 8:19 p.m. Tuesday after remaining in the waters for a record 57 hours 39 minutes. The length of time exceeds the previous record set in July, when Chinese vessels spent 39 hours and 23 minutes in the waters. 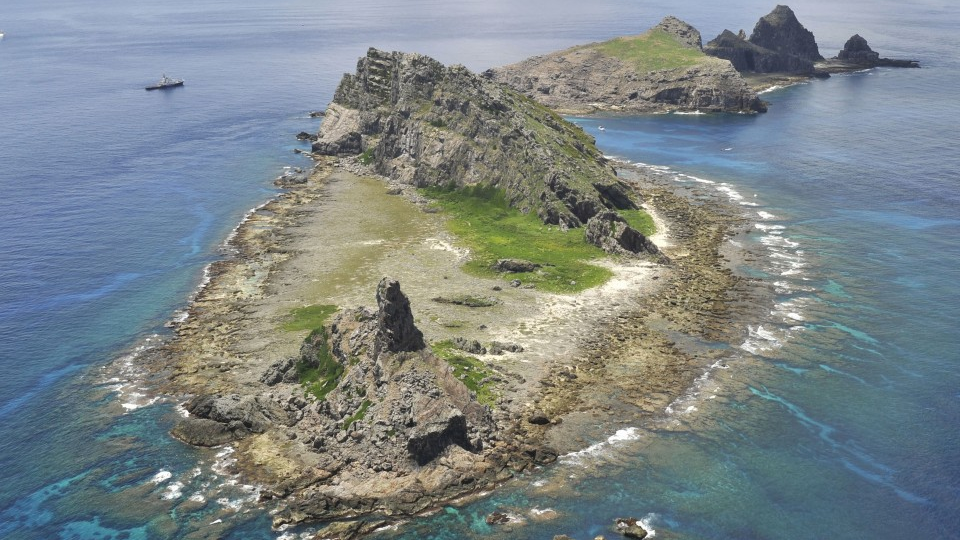 The two ships had entered the waters near the islands, which are claimed by China, at around 10:47 a.m. Sunday, and attempted to approach a Japanese fishing boat, the coast guard said.

Japanese coast guard vessels sent to the area repeatedly urged them to leave while protecting the fishing ship. The territorial spats over ownership of the islets have often strained Japan-China relations.

"The situation has continued for more than two full days, and it is very regrettable," said Chief Cabinet Secretary Katsunobu Kato earlier in the day, adding Japan had repeatedly warned the vessels to leave the waters and "strongly protested" to China over the intrusion through diplomatic channels.

The top government spokesman said Japan is determined to protect its territory.

Meanwhile, China repeated its mantra about the uninhabited islets, saying they are its "inherent territory" without elaborating on why the country's vessels have remained near the isles for such a long time.

In Beijing, Chinese Foreign Ministry spokesman Zhao Lijian told reporters, "It is China's inherent right to carry out patrolling and law enforcement in the waters of the Diaoyu Islands, and Japan should respect this," using the Chinese name of the isles.

It is the longest period Chinese vessels have intruded in the waters since the Japanese government put the islets under state control in September 2012 after buying out a private Japanese owner.

On Tuesday, the coast guard said it also spotted another pair of Chinese vessels sailing in the so-called contiguous zone outside Japan's territorial waters.

Chinese vessels were seen sailing near the Senkakus for the 37th straight day, according to the coast guard.

Beijing, which has aggressively asserted its territorial claims in the East and South China seas, continues to send vessels to waters around the Japanese-controlled islands.

Japan lodges protests with China when intrusions occur, but China has reiterated its stance on the islands.

China created a digital museum earlier this month that it says "helps viewers further understand the indisputable fact" that the islands are part of Chinese territory.