Hundreds of Japanese atomic bomb survivors, known as hibakusha, and their children are planning to undergo genome analysis to determine whether exposure to the radiation from the 1945 blasts in Hiroshima and Nagasaki has impacted health further down the line, a research facility said recently.

The study by the Japan-U.S. joint organization Radiation Effects Research Foundation, located in the two Japanese cities, will look into the DNA of around 900 families. 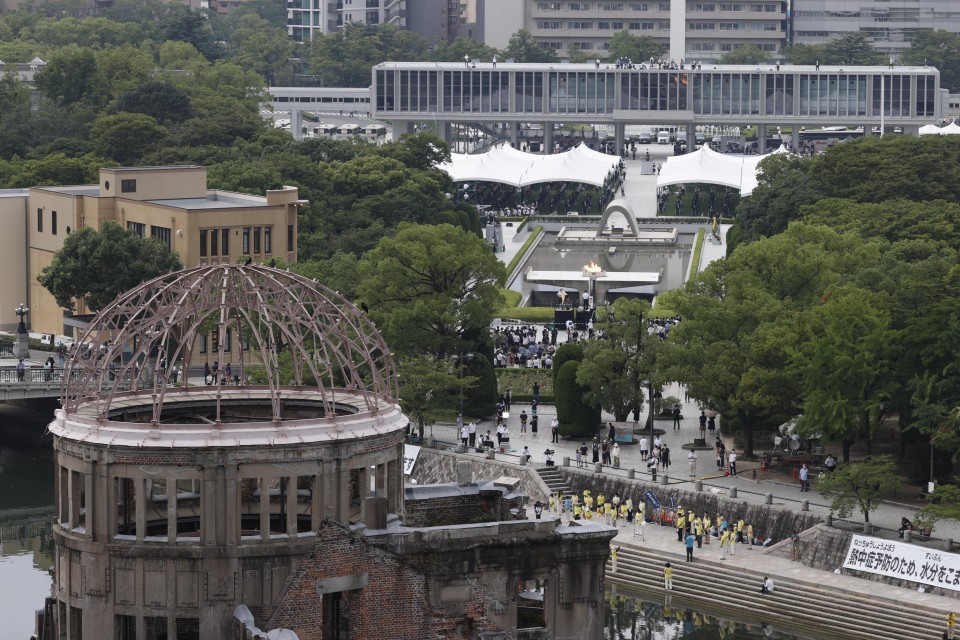 A ceremony marking the 75th anniversary of the U.S. atomic bombing of Hiroshima during World War II is held at Peace Memorial Park in the western Japan city on Aug. 6, 2020. Seen in the foreground is the Atomic Bomb Dome. (Kyodo) ==Kyodo

The study is also expected to shed light on the effects on those caught up in nuclear reactor meltdowns or with occupational exposure to radiation and their descendants.

Previously conducted research has not found a genetic link between survivors' exposure and their children's risks of dying from cancer, developing lifestyle diseases, or the likelihood of birth defects. And the researchers in the foundation's study say there is a low probability of finding serious gene mutations.

Nevertheless, "if we can get society to properly understand the risks, (the study) can reduce the anxiety experienced by those hibakusha and the second generation who suffer from discrimination and prejudice," said RERF Chairman Ohtsura Niwa.

There are an estimated 300,000 to 500,000 second-generation hibakusha in Japan alone, with some claiming illnesses caused by inherited health ramifications from their parents' exposure.

However, they are not eligible for the health care benefits provided for atomic bomb survivors by the state, due to lack of evidence that the parents can pass down ailments genetically.

In recent years, a group of second-generation hibakusha sued the central government for excluding them from the health benefits, claiming it is unconstitutional. Their case is currently being heard in the Hiroshima and Nagasaki district courts.

"I have friends who died young, and like other second-generation survivors, I have also lived in poor health," said plaintiff Nobuto Hirano, 73. "Although I have expectations for discovering the effects of radiation, I would be at a loss if I'm told there are none." 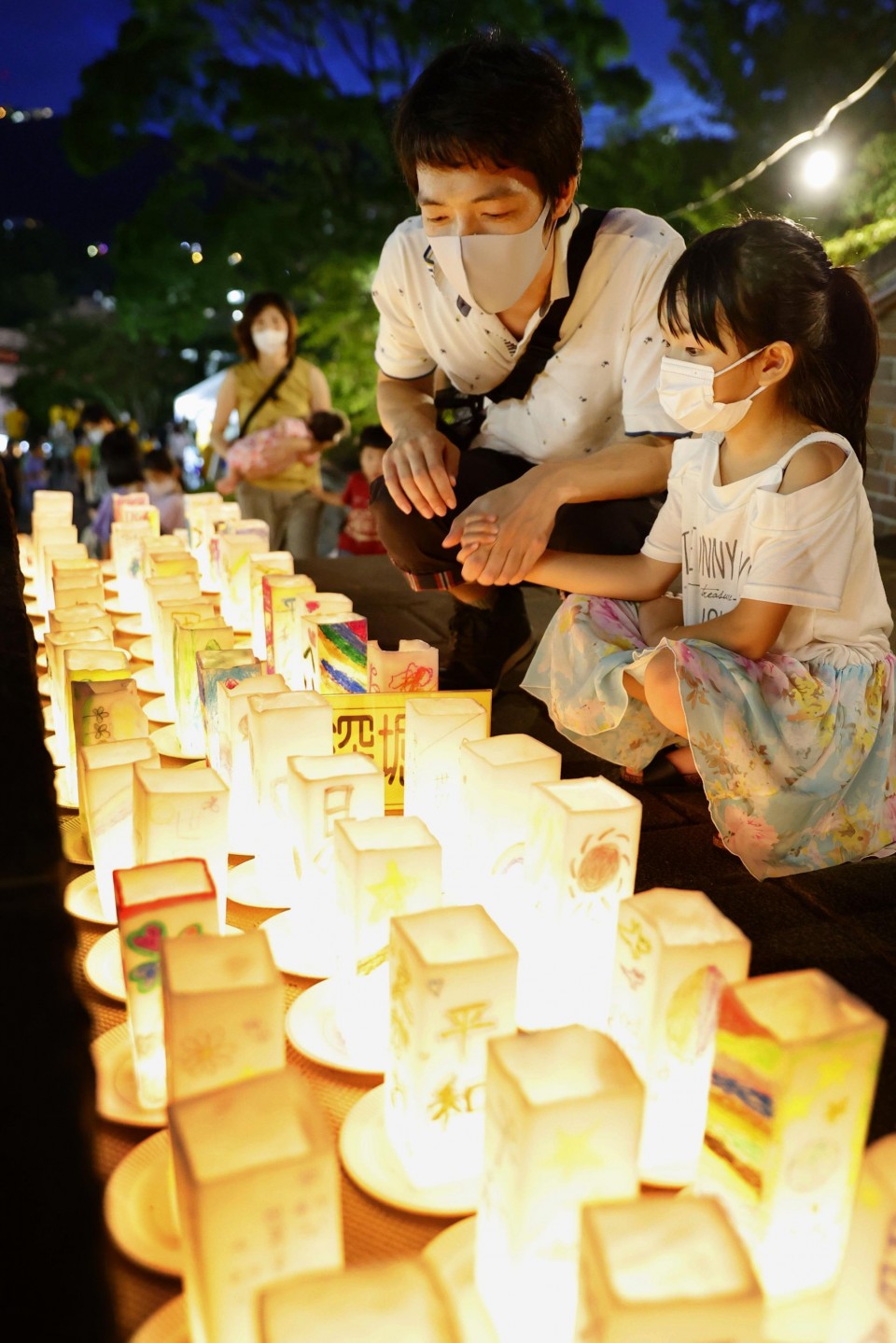 Candles are placed at the Peace Park in Nagasaki, southwestern Japan, on Aug. 8, 2020, a day before the 75th anniversary of the U.S. atomic bombing of the city. (Kyodo) ==Kyodo

If a correlation is recognized, however, researchers face the challenge of communicating those results to both society and the second-generation survivors. Meanwhile, questions also surround the management of the provided genomes, considered to be the most personal information someone holds.

The facility will test approximately 40 families in which both parents survived the atomic bomb, and around 460 where just one parent was a survivor.

Another group of 400 include those with either both or one parent exposed to less than 10 milligrays -- relatively small amounts of radiation the equivalent of the dose of people who were located in an open space 2.5 kilometers from the hypocenter in Hiroshima.

"Many who have experienced different types of exposure are worried about having kids," Arikuni Uchimura, chief of the foundation's Molecular Genetics Laboratory. "We can provide them with information to make a choice, if we can determine how much or little risk there is to future generations."

DNA from blood samples collected after 1985 will be decoded using high-speed equipment, with permission from those still alive. The facility will look into specific health ramifications if any mutations are discovered during the trial, and will attempt to predict their effects on future generations.

"As a scientist, we would like to respond to the hibakusha's expectations, as they have provided blood samples in the hopes it would be helpful," Uchimura said.

Any mutations discovered in second-generation survivors' genomes could potentially lead to more discrimination towards them, necessitating delicacy when publishing the results of the study.

The RERF was first established in Hiroshima in 1947 by the United States and was then known as the Atomic Bomb Casualty Commission. The foundation collects blood and urine samples from atomic bomb survivors to study the effects of radiation.