France and Germany on Wednesday announced the imposition of fresh national lockdown measures as Europe grapples with a massive resurgence of coronavirus cases. 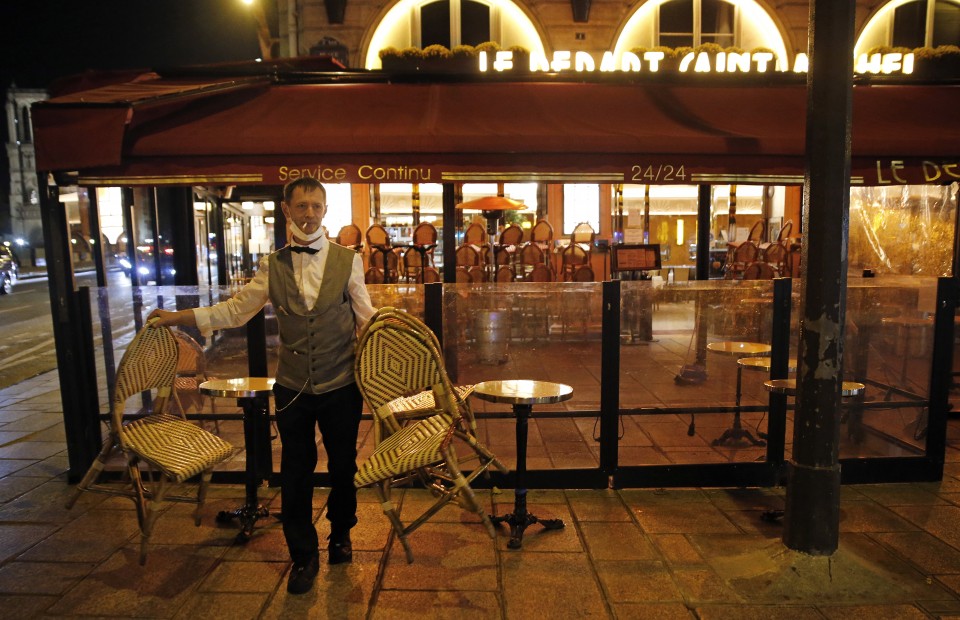 A barman closes his establishment at 9pm as part of a city-wide night time curfew during the coronavirus (COVID-19) pandemic on October 28, 2020 in Paris, France.(Getty/Kyodo)

French President Emmanuel Macron ordered the country back into a nationwide lockdown from Friday until at least Dec. 1. As in the spring, he required people to refrain from outings deemed nonessential in a bid to curb a sharp rise of new infection cases.

German Chancellor Angela Merkel said the country's federal and state governments have agreed to a shutdown from Monday of bars, restaurants, theaters and other leisure facilities for the rest of November. The government has set aside 10 billion euros ($11.8 billion) to cushion the damage from the measure.

Macron said, in explaining the need for the new measure, that the second wave of infections will likely be deadlier than the first earlier this year.

Public service counters and schools will remain open, as will some economic activities including manufacturing, farming and construction, he said in a television address.

The country's border will remain mostly closed for citizens outside European Union member states, he added.

In Germany, Bundesliga matches will be played behind closed doors and hotels will also be closed, while schools will remain open.

The decisions came after France reported some 52,000 new cases on Sunday alone while Germany saw a daily record of 15,000 infections on Wednesday. As the pandemic also takes its toll elsewhere in Europe, more countries in the bloc are expected to follow suit.