The Japanese government on Tuesday approved a bill to pay all the costs of administrating a vaccine against the novel coronavirus to all residents and to compensate suppliers in the event any serious side effects occur.

The bill to amend the current vaccination law is in line with Prime Minister Yoshihide Suga's pledge to secure coronavirus vaccines for all people in the country in the first half of next year. His government is aiming for its enactment during the current Diet session through Dec. 5. 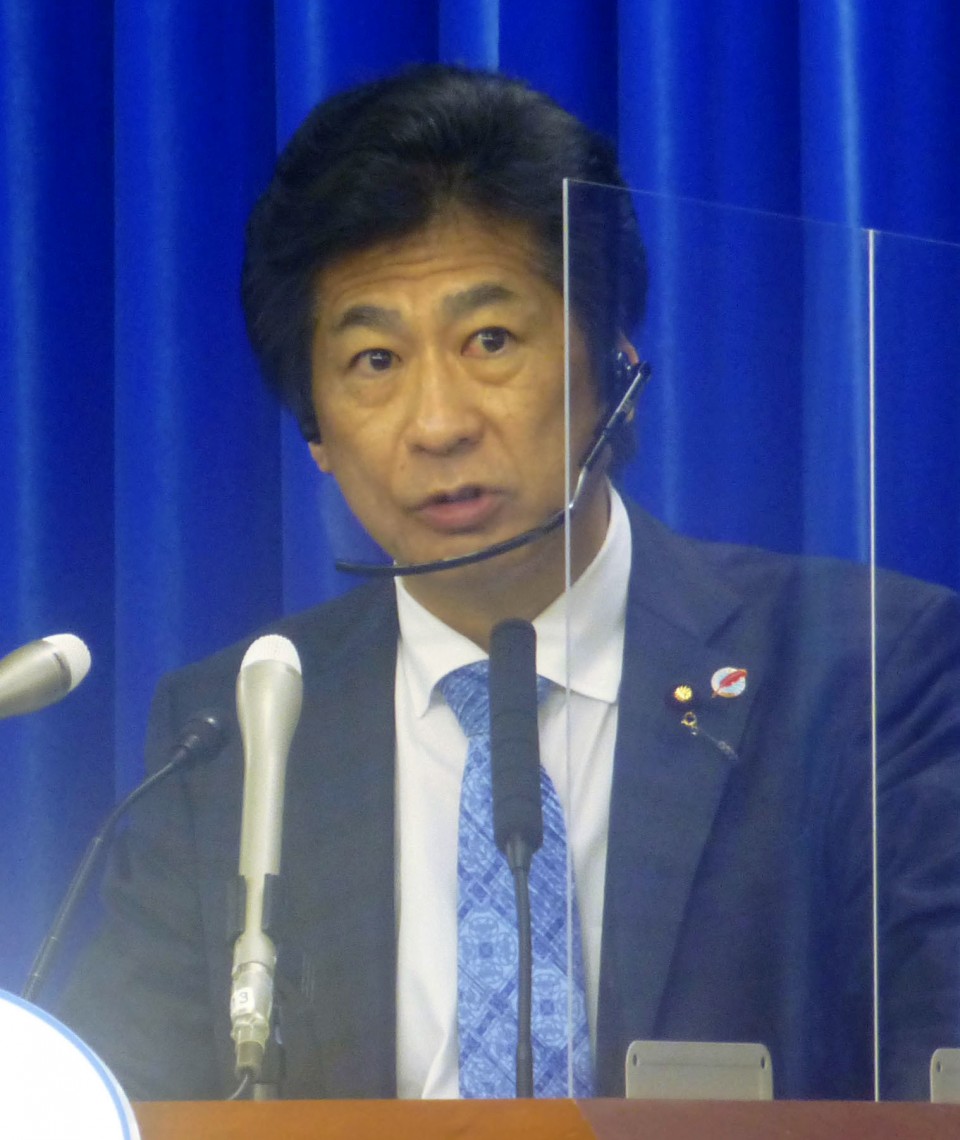 Japanese Health, Labor and Welfare Minister Norihisa Tamura speaks at a press conference in Tokyo on Oct. 27, 2020, wearing a mouth shield amid continued worries over the novel coronavirus. (Kyodo) ==Kyodo

It has agreed with British drugmaker AstraZeneca Plc and U.S. pharmaceutical giant Pfizer Inc. to receive 120 million doses of vaccine from each company when successfully developed and is negotiating with U.S. firm Moderna Inc. for 40 million doses or more.

Once the government provides vaccines free of charge, residents will be strongly advised to get vaccinated. The government may still choose to offer vaccines whose effectiveness is not very high and let people decide whether they want to receive it.

According to the World Health Organization, 10 developers have started the final stage of clinical trials for their vaccine candidates.

Serious side effects were reported in some of the trials, causing studies to be temporarily halted. A WHO official recently said a vaccine for COVID-19 may not come until the end of 2021.

The Japanese government has been pushing for homegrown vaccines, but those developed by Japanese companies are still in the early stages of clinical studies.

The government also endorsed a separate bill enabling it to quarantine those testing positive for the virus beyond February, as a one-off measure introduced in the wake of the pandemic is only effective for a year.

In February, the government decided to hospitalize people who had tested positive for the virus and have those who were suspected to have been infected with the illness remain in designated facilities for a certain period.

There have been over 98,000 confirmed cases of coronavirus infection in Japan, including about 700 from a cruise ship that was quarantined in Yokohama in February, with more than 1,700 deaths attributed to the virus.