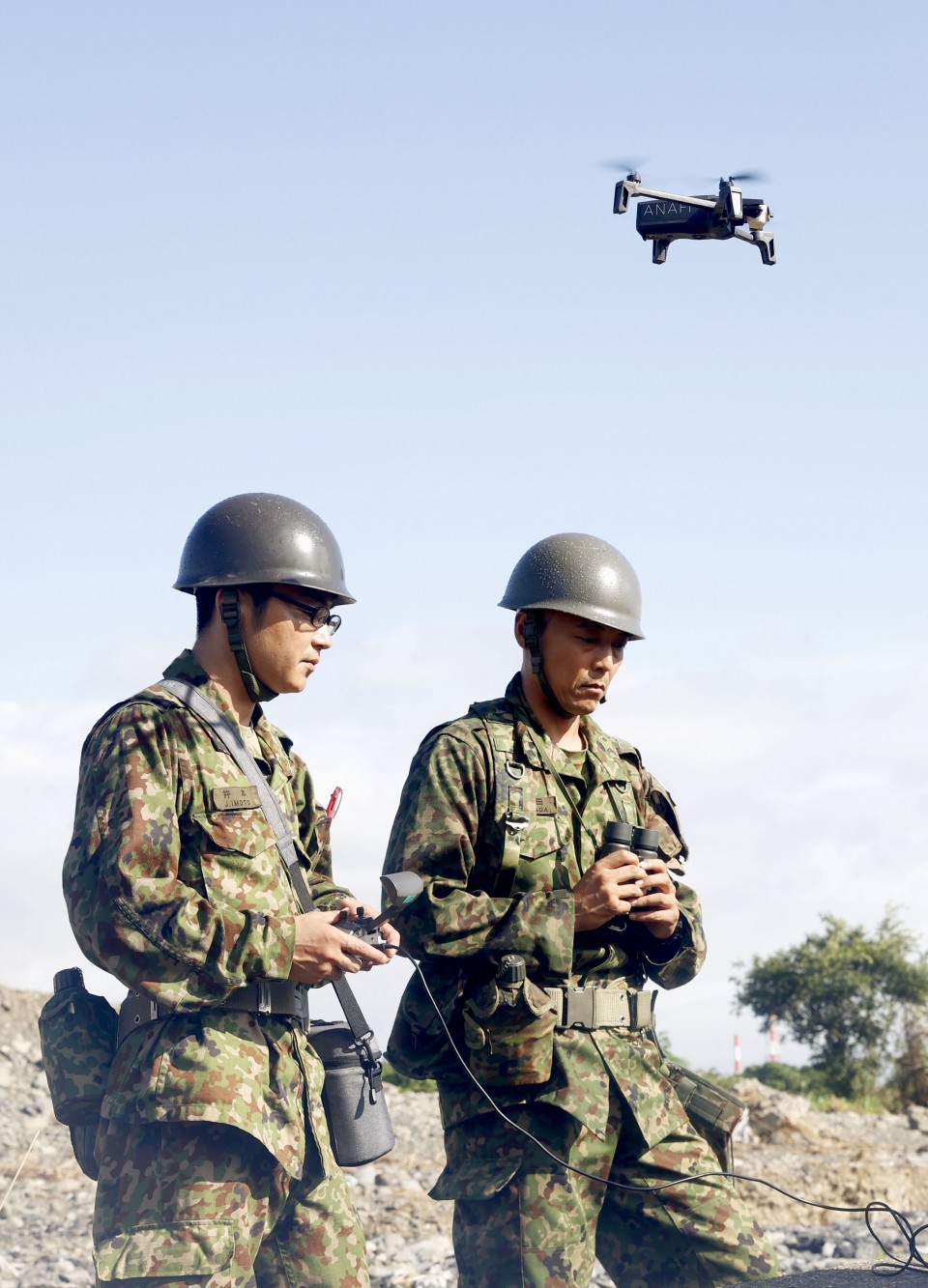 Japanese Self-Defense Forces personnel use a drone to search for missing people near the Kuma River in Yatsushiro in Kumamoto Prefecture, southwestern Japan, on July 20, 2020, after flooding caused by torrential rain earlier in the month. (Kyodo)

The head of the Philippines' military said Tuesday that the country is considering partnering with Japan to beef up its cyber defense and drone capability as part of its force modernization program.

Building cyber defense and security infrastructure "is one aspect we are focusing on now and I think we can partner with Japan in this area," Chief of Staff Gen. Gilbert Gapay said during a media forum in Manila, noting a similar thrust for force upgrades within the East Asian country.

The general said the military is also considering acquiring drones and other unmanned aerial vehicles from Japan to raise its maritime surveillance and monitoring capabilities.

Japan has always been among the countries shortlisted for sourcing military hardware, based on studies conducted by different technical working groups, according to Gapay.

In August, the Philippines signed a $103.5 million contract with Mitsubishi Electric Corp. for an air radar system, marking the first export of a newly made complete defense product since Japan eased its post-World War II arms export ban in 2014.

Gapay said the radar equipment will be used to monitor developments in Philippine-claimed areas in the South China Sea, where China and several nearby nations have overlapping maritime claims.