Tokyo became part of the government's domestic travel subsidy program on Thursday, as the amount of assistance offered to travelers amid the coronavirus pandemic was increased to cover up to half of the entire costs.

A similar initiative to promote consumption at eateries also kicked off the same day, in which points are given to people reserving seats that can be used the next time they eat at a restaurant that has joined the program.

The "Go To Travel" campaign was launched in July, but travel to and from Tokyo was initially excluded due to the high number of new coronavirus infections at the time.

Tokyo "takes a large share in the national travel market, with trips from Tokyo taking about 20 percent and those to Tokyo about 10 percent," Chief Cabinet Secretary Katsunobu Kato told a press conference, expressing hope that the expanded program will help revive the struggling industry. 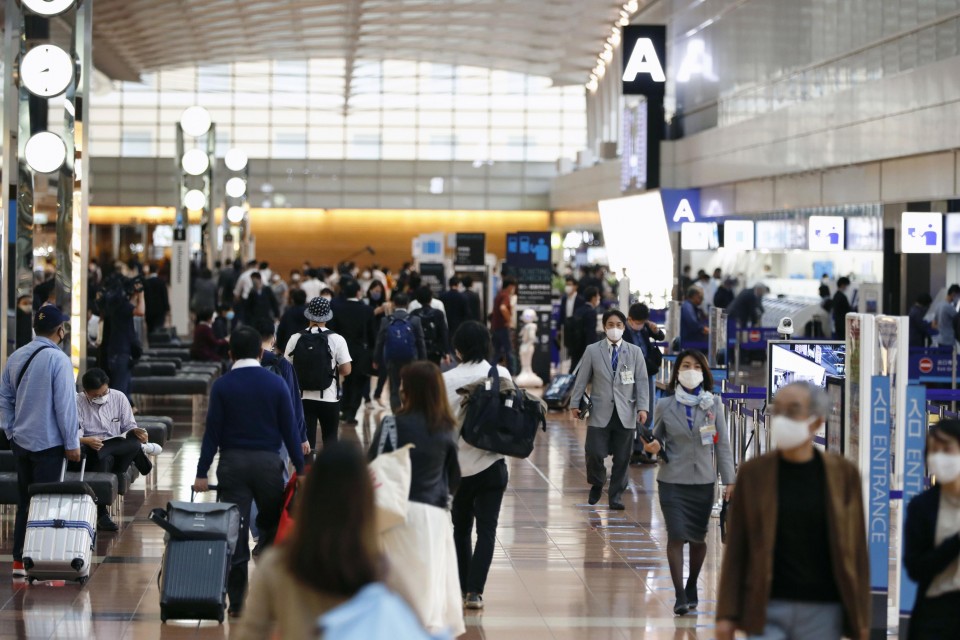 Photo taken Oct. 1, 2020, shows the departure lobby for domestic flights at Tokyo's Haneda airport. Tokyo was added the same day to the Japanese government's "Go To Travel" subsidy program launched in July elsewhere in the country to boost tourism battered by the coronavirus pandemic. (Kyodo)

"It was lucky that Tokyoites became subject (to the program) after I signed up for this trip in August," said Taeko Iijima, a resident in her 60s who was about to leave for Hokkaido.

A 64-year-old woman said she will visit Fukui Prefecture with her husband. "I was looking forward to this as it is our first trip since the coronavirus pandemic occurred," she said.

A Hato Bus tour bus filled with passengers, mostly Tokyo residents, left JR Shinjuku Station in the morning to visit a vineyard and other locations in Yamanashi Prefecture.

Its operator said it has also received lots of reservations for sightseeing bus trips in central Tokyo.

But some people expressed concerns as the pandemic has yet to end.

"It may still be too early to promote travel because many people are infected in the metropolitan area. I don't feel like going," said Hiroshi Toyoda, 42, who was at Tokyo Station for a business trip.

The 1.35 trillion yen ($12.8 billion) program, effective through January, originally offered a 35 percent discount to hotel and package tour costs. The additional 15 percent discount comes in the form of coupons that can be used for shopping or at restaurants while traveling. 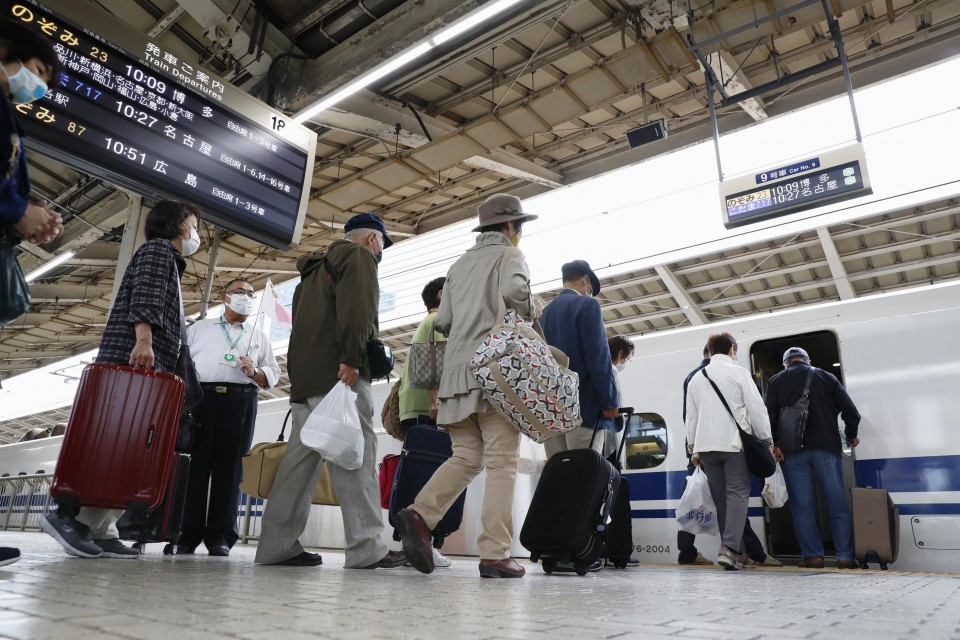 People get on a shinkansen bullet train at JR Tokyo Station on Oct. 1, 2020. Tokyo was added the same day to the Japanese government's "Go To Travel" subsidy program launched in July elsewhere in the country to boost tourism battered by the coronavirus pandemic. (Kyodo)

However, how effective the campaign will be has yet to be determined, as there are just two public holidays on the calendar through the year-end and midweek travel in Japan is still rare, observers say.

As Tokyoites comprise about 10 percent of Japan's population, spurring their trips is expected to help boost tourism nationwide. But if travelers flock to tourist spots on weekends, it could lead to another wave of coronavirus infections.

In view of such concerns, the government has said it will encourage people to take days off during the week and telework from travel destinations in the style of a working vacation, or "workation."

Whether travelers spend money at local tourist spots rather than familiar nationwide chains that also accept coupons will also sway the program's benefits to regional economies, according to the observers.

The coupons can be used not only for shopping, dining, visiting tourist facilities and transportation during trips but also at supermarkets and clothing store chains.

Only about 117,000 businesses have registered so far to accept the coupons, against the government's projection of 1 million, making it potentially difficult for travelers to use the coupons at their destination.

The "Go To Eat" campaign, meanwhile, is designed to help the restaurant industry by offering the points as well as issuing prepaid premium coupons.

From Thursday, points worth 1,000 yen will be awarded for a dinner reservation and 500 yen for a lunch through the end of January and can be used for payment at eateries covered by the program by March next year.

Coupons with 25 percent premiums will also go on sale later in October, according to the farm ministry.