President Donald Trump has often said that the Nov. 3 presidential election will be crucial for the future course of the United States, and this could also be the case for Japan, its key security ally.

Four years into Trump's presidency, questions continue to be raised over his "America First" foreign policy, which critics say has largely viewed allies in terms of dollars and cents rather than as partners to pursue common interests and shared values. 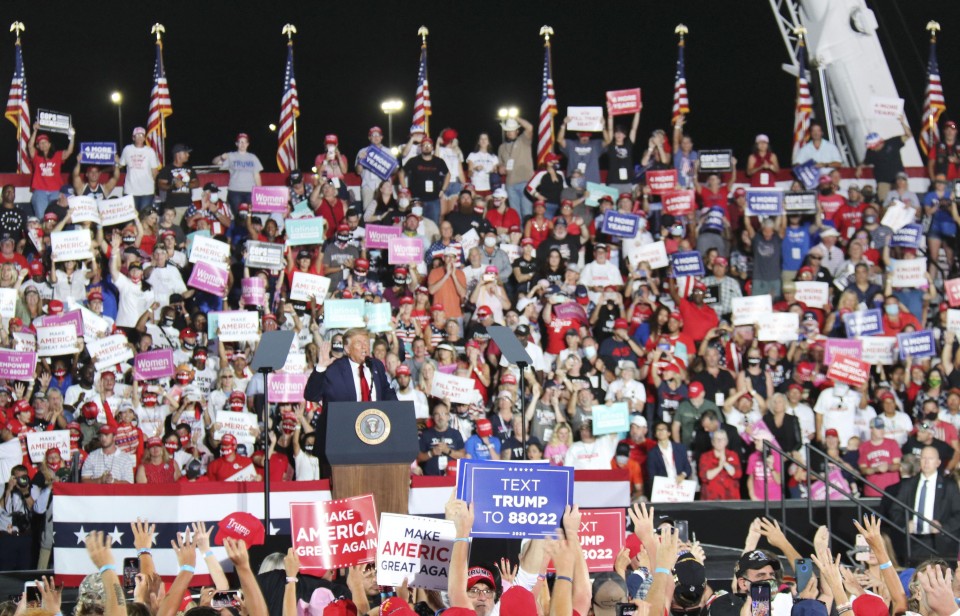 The consequences of such a transactional approach have become evident in Germany and South Korea, which along with Japan are the three countries where a vast number of U.S. troops overseas are stationed. Strained ties with the allies could serve as a boon for perceived U.S. adversaries such as China, North Korea and Russia.

In the case of Germany, Trump has decided to slash by thousands the number of American troops stationed there, accusing Berlin of being "delinquent" in defense spending as a member of the North Atlantic Treaty Organization and of treating Washington "very badly on trade."

After Trump announced in June the troop reduction, Germany's Defense Minister Annegret Kramp-Karrenbauer said, "NATO is not a trade organization, and security is not a commodity. But it is about how we all together deal with the threats of our time."

South Korea has also been at loggerheads with the United States over talks on the costs Seoul should cover for U.S. troops stationed on the Korean Peninsula, with Washington at one point demanding the Asian country raise its payments by five times to $5 billion a year.

Noting that South Korea was "already one of the cheapest places on earth to base American troops" due to its financial contributions, Mira Rapp-Hooper, an alliance expert at the Council on Foreign Relations who is currently on leave, has said in a think-tank event that the cost-sharing negotiations are "the key example in Asia of the United States acting contrary to its own national security interest."

The United States is driving "such a hard bargain with its South Korean allies in an effort to get them to spend more on defense that it appears to be courting an actual rupture in the alliance at a time when North Korea is more dangerous than it has ever been," she said.

The last time North Korea tested an intercontinental ballistic missile that could potentially deliver a nuclear warhead to the U.S. mainland was November 2017. It has not conducted a nuclear test since September of the same year.

But North Korea has tested short-range missiles and it showed off earlier this month what appears to be a new type of ICBM in its military parade, suggesting that it has continued to hone its military capabilities while nuclear negotiations with the Trump administration have been in a stalemate.

If the burden-sharing talks between the United States and South Korea collapse and lead to a significant reduction or withdrawal of U.S. troops from the Korean Peninsula, it may leave Japan as the only major host of American forces in the region. Currently, Japan hosts about 55,000 U.S. troops.

Jeffrey Hornung, a political scientist at the Rand Corporation, a U.S. research organization, said he believes the U.S.-Japan alliance stands out among the U.S. relationships with other allies in that it "strengthened in these four years" thanks to the personal rapport between Trump and former Japanese Prime Minister Shinzo Abe, who ended his nearly eight-year premiership in September.

But the alliance could be tested through burden-sharing negotiations between the two countries, with the current agreement set to expire in the end of March. 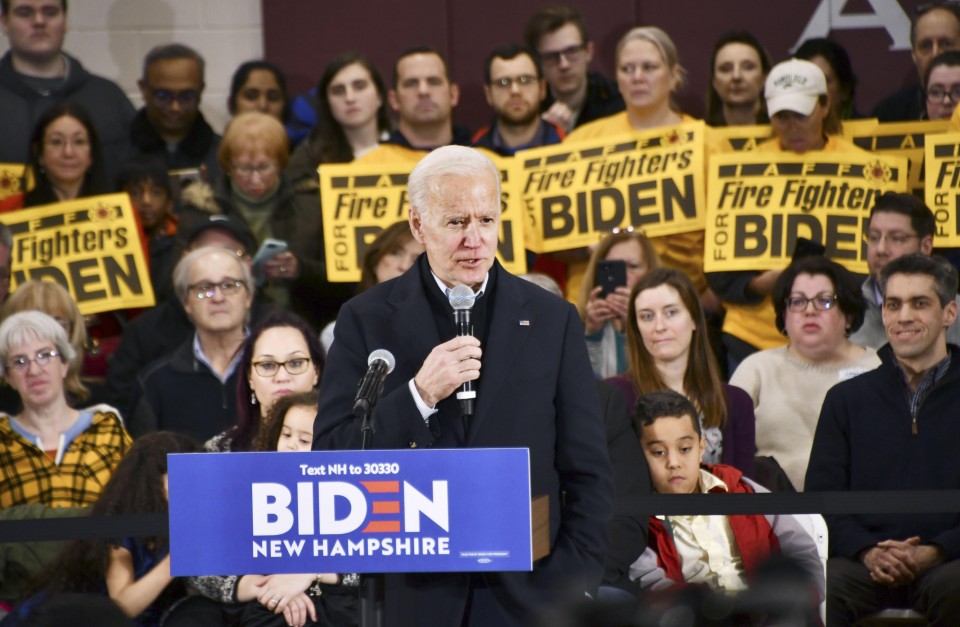 Japan has paid nearly 200 billion yen ($1.9 billion) annually in so-called host-nation support, which covers utility and labor costs for U.S. bases as well as outlays for relocating training exercises away from populated areas.

But former U.S. National Security Adviser John Bolton said in his memoir published in June that he conveyed Trump's request during his trip to Japan in 2019 that Tokyo pay $8 billion annually, a figure the Japanese government has not officially admitted.

"The worst-case scenario is that, just similar to what we see happening in South Korea, where both sides dig in and essentially, there's a real growing friction in the alliance," Hornung said in a recent phone interview.

But he added that the "ultimate" worst-case scenario would be the United States threatening to withdraw some troops from Japan, a move damaging to both sides because the United States "would lose some of its advantage in forward-presence" and Japan would lose "having its ally there."

Still, the expert on Japanese security and foreign policy said he is not expecting such a development, because Japan contributes in "so many different areas to the alliance" including by being a major purchaser of U.S.-produced defense equipment.

Between 2010 and 2019, Japan spent a total of $3.8 billion on importing major conventional weapons from the United States, which accounted for more than 90 percent of the country's arms imports during the 10 years, according to estimates from the Stockholm International Peace Research Institute.

Hornung said during a recent think-tank event that the fate of the cost-sharing talks would hinge on the negotiating power of the "alliance managers" rather than top-level talks, given that the Japanese prime minister has just changed and Abe's successor Yoshihide Suga has not yet had much time to forge personal ties with Trump.

But he also suggested that a U.S. administration under Democratic presidential nominee and former Vice President Joe Biden, who has vowed to strengthen U.S. ties with allies, would not necessarily leave Japan free from calls to play a larger security role amid China's growing assertiveness in the region.

"There is, I would say, a general consensus (in Washington) that allies need to do more and so this, I think, goes beyond just a Trump administration or a Biden administration," Hornung said.

He also said there is "a lot of variability in terms of what the request will be," which may include Japan raising its defense budget above 1 percent of its gross domestic product -- a level that has long been maintained in light of the country's postwar pacifist Constitution.

While acknowledging that the United States itself has become one of the uncertain factors in the alliance, Hornung said Japan can also work to facilitate the relationship by limiting "surprises."

Japan abruptly announced in June that it was canceling the deployment of two land-based, U.S.-developed Aegis Ashore missile defense batteries intended to beef up defenses against North Korean missile threats, citing costly and time-consuming hardware upgrades required to ensure the safety of the host communities.

Tokyo is now looking into the possibility of offshore uses for tracking radars and other components it purchased for the Aegis Ashore system. But Hornung noted that an alternative plan should be a well-reasoned one, as another policy reversal may lead to a "growing frustration" on the U.S. side.

"The alliance functions best when there's predictability, not surprises," he said.