Tufted puffins appear to be on the brink of dying out in Japan with only a few pairs spotted on the northern main island of Hokkaido despite local conservation efforts.

Recognizable by their orange bills, tufted puffins can now be found in the country only on two uninhabited islands located off Nemuro in the east of Hokkaido. 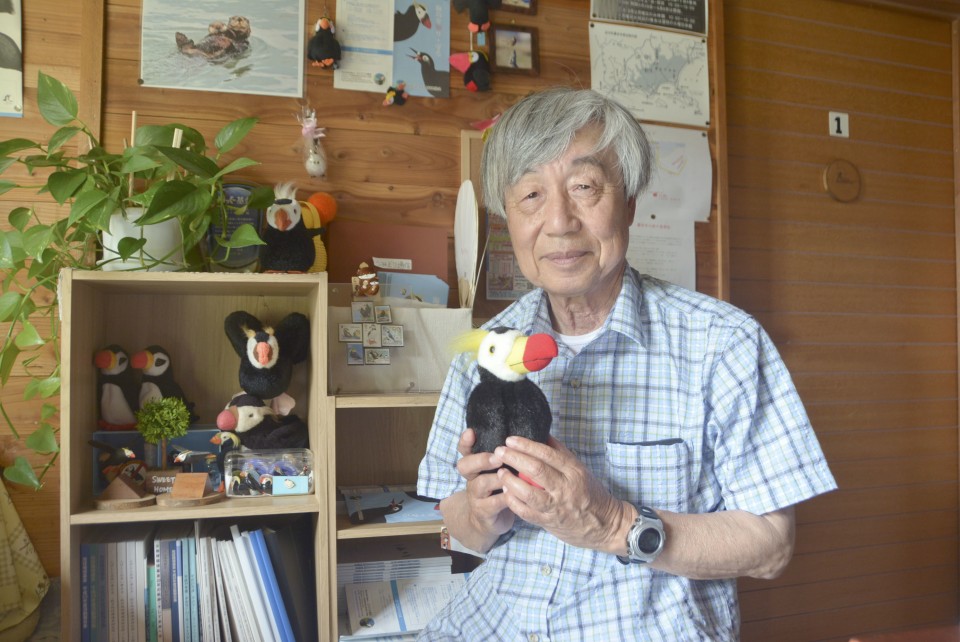 Yoshihiro Kataoka, head of a conservation group called the Etopirika foundation, poses for a photo on Aug. 18, 2020. (Kyodo)

The approximately 40-centimeter-tall birds, known as "Etopirika" in Japan, nest in burrows on islands and in coastal areas along the North Pacific, including Moscow-held islands off Hokkaido claimed by Tokyo. The global population was estimated at 3.5 million in 1996, but numbers in Japan have been in rapid decline since the 1970s.

The domestic count in 2015 was estimated to have decreased by 87 percent from 1980, according to Hokkaido University, and the seabird is categorized as highly endangered on the Environment Ministry's Red List of threatened species.

No specific causes of the population decrease have been identified so far, although changes in ocean temperatures as a result of global warming and falling victim to bycatches could be among the factors, according to the ministry. 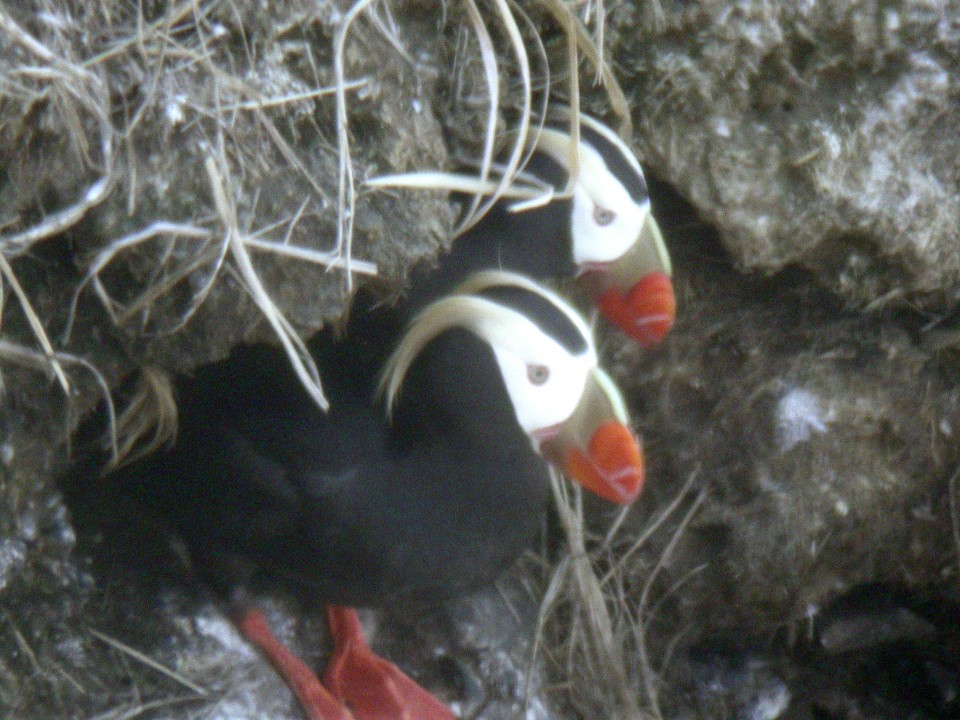 As a result of pressure from the ministry and a local conservation group, a local fishery association banned the use of gill nets, which could harm tufted puffins hunting in the sea, in 2006.

Yoshihiro Kataoka, head of the conservation group, called the Etopirika foundation, said mating of tufted puffins has not been confirmed since 2008 on Kojima Island, part of the Hokkaido municipality of Hamanaka, where they had nested in the past.

The foundation has set up more than 60 decoys on the island in a bid to attract tufted puffins but so far has had no luck.

"We will consider adopting baby birds from an aquarium and release them (in the area)," the 72-year-old said.