Sumo: Spectator cap to be raised to 5,000 for November meet

The Japan Sumo Association said Monday it will host up to around 5,000 fans at the November Grand Sumo Tournament, about half of the full capacity at Tokyo's Ryogoku Kokugikan.

The JSA decided to raise the 2,500 spectator limit that had been in effect at the two previous grand tournaments as part of measures to limit the spread of the novel coronavirus. 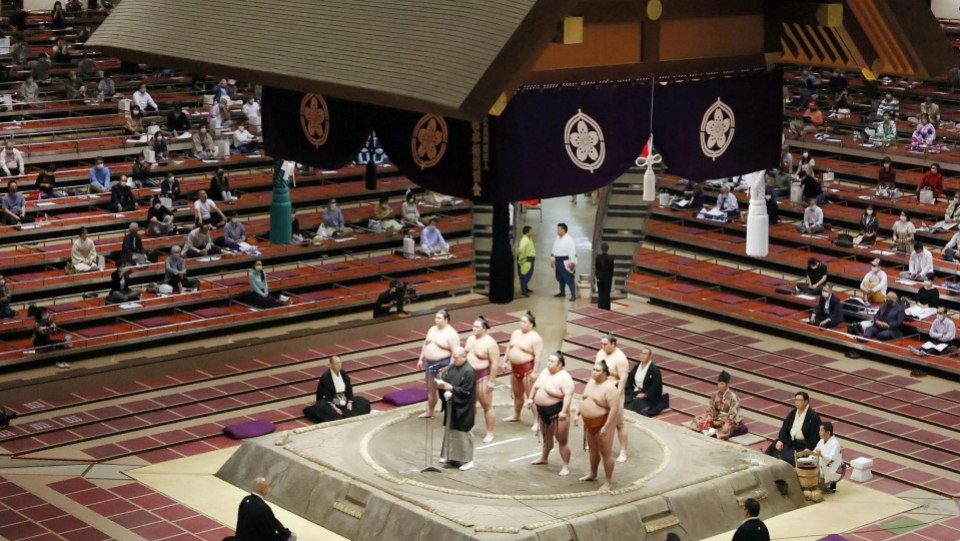 Japan Sumo Association Chairman Hakkaku delivers a speech in closing the Autumn Grand Sumo Tournament at Tokyo's Ryogoku Kokugikan on Sept. 27, 2020. The number of spectators was limited to 2,500 per day at two tournaments in a row amid the coronavirus pandemic. (Kyodo)

Up to two people will be allowed to occupy a four-person box seat, where only one could sit previously, at the tournament beginning on Nov. 8 in the Japanese capital.

The move follows the easing of government restrictions on attendance at large events in September. Ryogoku Kokugikan has a capacity of about 11,000.

The November meet, usually held in Fukuoka in southwestern Japan, was moved to Tokyo to limit the need for wrestlers and staff to travel during the coronavirus pandemic.