Questioning the effectiveness of a U.N.-adopted nuclear ban treaty, which involves no nuclear powers, the president-designate of an upcoming nonproliferation conference has stressed that the pact should not be allowed to undermine the legitimacy of the Nuclear Non-Proliferation Treaty.

There is a "huge difference" between the NPT and the pact, Zlauvinen said, adding that it is necessary to make distinctions between the two treaties and "try not to erode the validity and the legitimacy of the NPT." 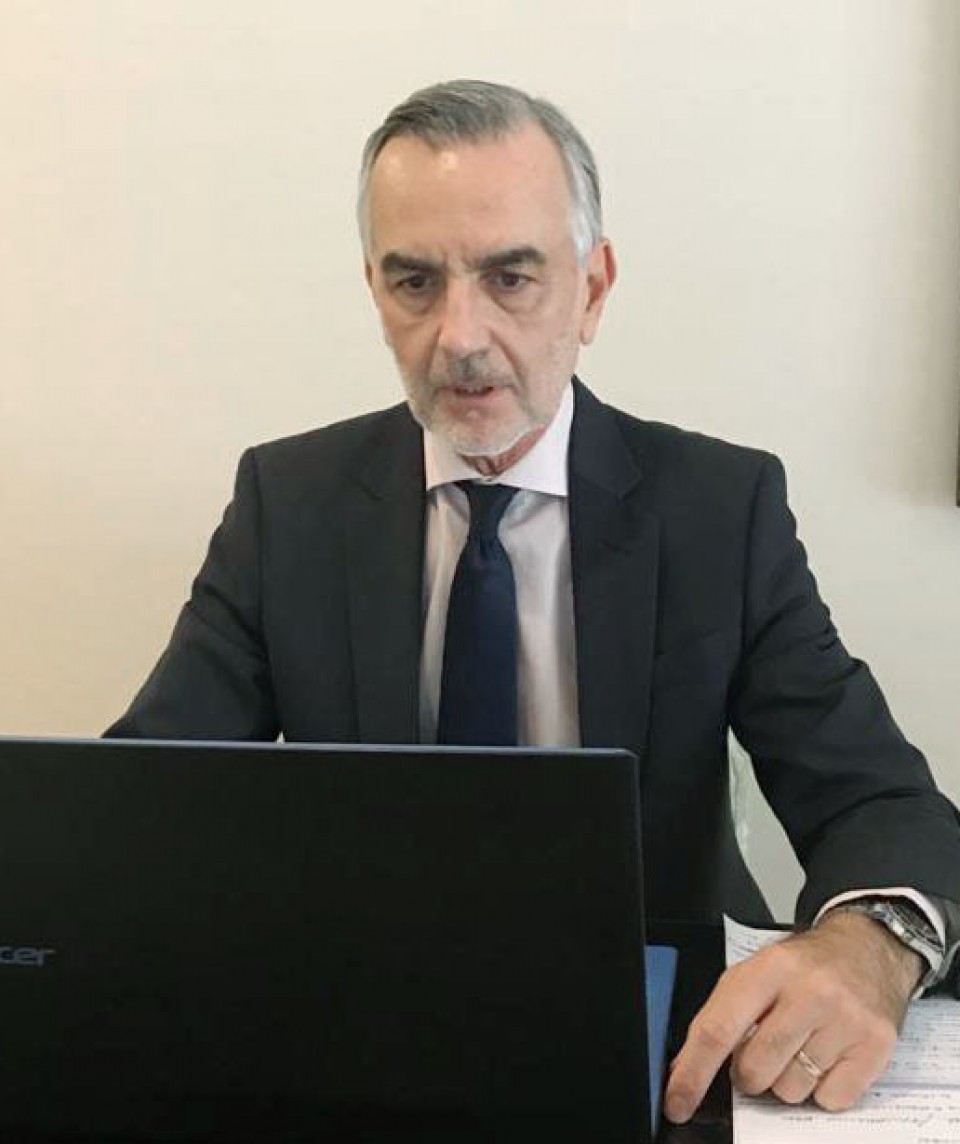 He also noted that some members of the NPT are opposed to any reference to the nuclear ban pact at the review conference to be convened early next year and indicated that a wide gap between nuclear power states and those pushing for the nuclear ban treaty could be an "issue of contention" at the NPT gathering.

"It's going to be another issue of contention and we have to see how they're going to handle that."

But Zlauvinen nevertheless acknowledged the importance of the Treaty on the Prohibition of Nuclear Weapons, or TPNW, saying, "Obviously it's a new reality we have to take into account."

"I believe that once the TPNW reaches numbers similar to the NPT, and obviously includes the signature and ratifications of nuclear weapon states, then probably we can talk about that new treaty being another pillar of the regime."

While 191 countries have signed the NPT, only 46 countries and regions have agreed to the nuclear ban treaty, adopted in 2017, still four short of the number needed for it to go into force.

The nuclear ban pact does not include any of the five permanent members of the U.N. Security Council -- all nuclear powers. Nor does it include Japan, the only country that has suffered atomic bombings, or Germany as they rely on the nuclear umbrella of the United States for deterrence against potential adversaries.

The NPT, which took effect in 1970, is aimed at preventing the spread of nuclear weapons and related technology, promoting cooperation on the peaceful use of nuclear energy and achieving nuclear disarmament.

The momentum for nuclear disarmament between the United States and Russia, the two nuclear superpowers, has slowed down of late.

After the scrapping of the Intermediate-Range Nuclear Forces Treaty last year, the 2010 New Strategic Arms Reduction Treaty or new START is the only remaining treaty capping the U.S. and Russian nuclear arsenals. The treaty is set to expire in February 2021.

Calling the development "an unraveling of the regression of the arms control framework," Zlauvinen said during the online interview that if the new START is also terminated, "then obviously the perspective of a new nuclear arms race is very worrisome."

Noting that the current international security environment "is not very positive," he said a lack of progress on nuclear disarmament will likely "play a big role, unfortunately" at the forthcoming NPT review conference.

The next chairman of the NPT review conference expressed hope for Japan's role in promoting nuclear disarmament and nonproliferation because of its important ties with both the United States and China, saying, "Japan can play (a role) alone or with other groups of countries as a bridge builder."

Zlauvinen, a former deputy Argentine foreign minister, said he hopes to travel to Hiroshima and Nagasaki once the coronavirus conditions allow.

The NPT review conference is slated to begin on Jan. 4 in New York, having been postponed from April due to the novel coronavirus pandemic.

As to whether it will be held in person, Zlauvinen indicated much depends on the pandemic, saying, "There are different views and opinions, but I think it's too soon for the time being to foresee what's going to happen."