The U.S. government is looking to further strengthen ties with Japan as Chief Cabinet Secretary Yoshihide Suga was elected Monday as the head of the ruling party, putting him on course to succeed the outgoing Shinzo Abe as the country's next prime minister.

Suga, 71, a longtime Abe loyalist, has vowed to continue to value the alliance with the United States as the cornerstone of Japan's diplomacy and security and to advance a free and open Indo-Pacific region in the face of China's growing clout -- policies that are in line with Abe's. 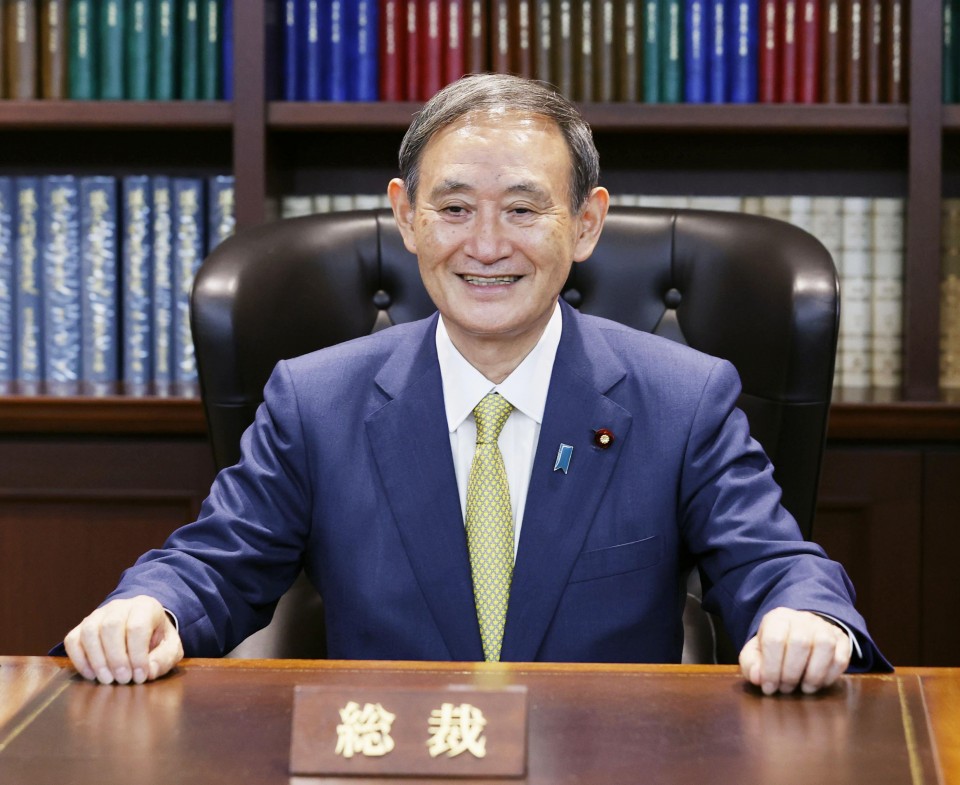 Japanese Chief Cabinet Secretary Yoshihide Suga sits in the chair of president of the ruling Liberal Democratic Party at the party's headquarters office in Tokyo on Sept. 14, 2020. Suga was elected the party's president earlier in the day and is set to be appointed prime minister by parliament on Sept. 16. (Kyodo)

Continuity in Japan's foreign policy is apparently reassuring to the U.S. government, which has touted Abe for making their bilateral relationship what it calls "the strongest it has ever been" through his nearly eight years in office before he decided to step down due to health concerns.

While noting that it is difficult to speak of a single U.S. government perspective especially ahead of the Nov. 3 presidential election, Patrick Cronin of the Hudson Institute, a Washington-based conservative think tank, said, "There is staunch bipartisan and popular support and respect for what Prime Minister Abe stood for and achieved during his watch."

Abe has pushed ahead to expand Japan's role in regional security and international peace-building efforts, such as by loosening the constraints imposed under its postwar pacifist Constitution through the enactment of new security legislation in 2015.

The expert on East Asia said "it is hard to fathom a Suga administration that doesn't closely resemble the politics and policies of the Abe administration," given how Suga, known for his behind-the-scenes coordination skills, played a "vital role in helping Abe govern." 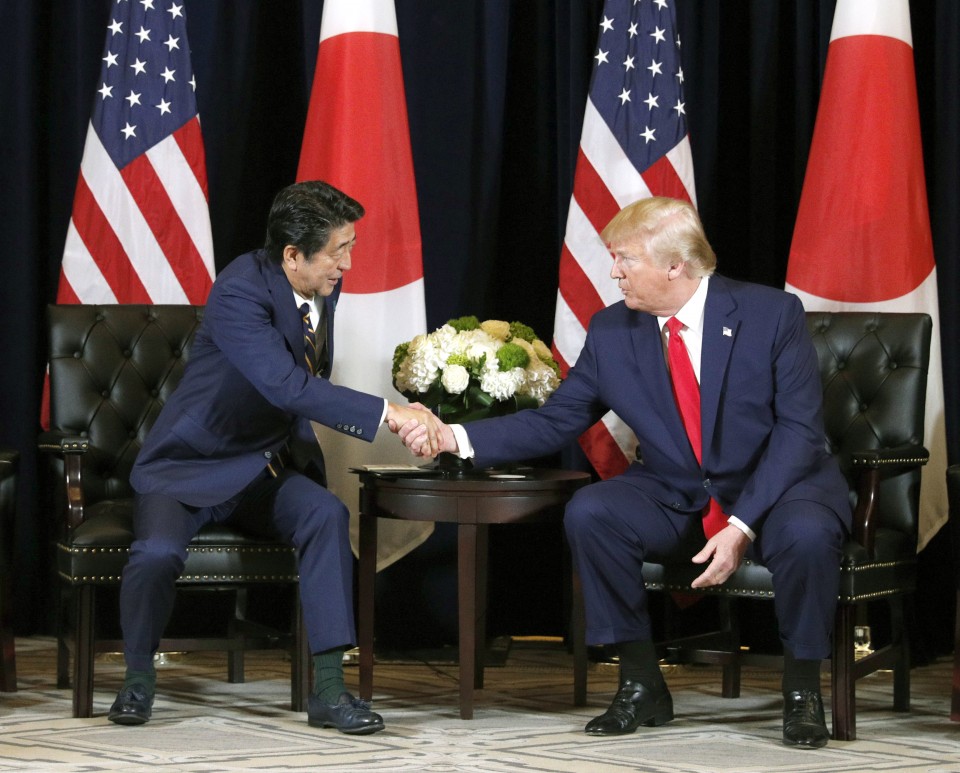 Suga is expected to be chosen as the next prime minister at an extraordinary Diet session Wednesday, given his Liberal Democratic Party's dominance in the House of Representatives.

But Cronin noted that Suga's "grand vision" of foreign policy is "opaque" and that he may eventually have to "forge his own identity and extend beyond (being) the man who helped Abe keep the system running" if he can hold onto power long enough to prevail in a general election.

Suga has never served as a foreign or defense minister and his diplomatic skills are largely unknown. He has remained in the post of chief Cabinet secretary for nearly eight years, holding press conferences twice daily as the government's top spokesman.

The U.S.-Japan relationship may also continue to be tested under the administration of U.S. President Donald Trump who has asserted his "America First" agenda and pressured allies, including Japan, to pay a larger share of the cost of hosting U.S. forces.

Democratic presidential nominee and former Vice President Joe Biden, meanwhile, has vowed to work with allies against global threats and revive U.S. commitments to international institutions that have been undermined under Trump's unilateralist stance.

The U.S. government is also likely to be paying attention to the new Japanese prime minister's approach to China amid increasing U.S.-China rivalry.

The Washington Post said in an article that Suga will likely keep the alliance with the United States as the centerpiece, forging closer links with democracies in the Asia-Pacific region but also maintaining reasonably cordial ties with China.