The United States and China on Tuesday traded jabs over the coronavirus pandemic at a virtual meeting of world leaders at the United Nations headquarters, overshadowing the international body's calls for unity amid the ongoing global health crisis.

"The United Nations must hold China accountable for their actions," U.S. President Donald Trump said in a pre-recorded address for the U.N. General Assembly, accusing Beijing over what he sees as its role in the global spread of the novel coronavirus after it was first detected in the Asian country late last year. 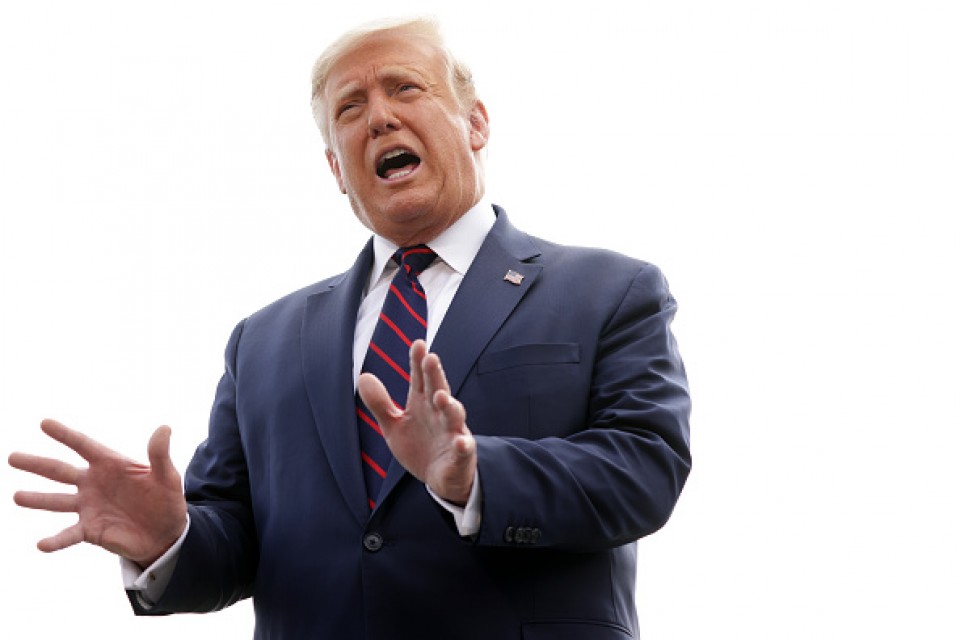 He also doubled down on his criticism of Beijing and the World Health Organization, which he says is "virtually controlled by China," for "falsely" declaring that there was no evidence of human-to-human transmission at the early stage of the virus outbreak.

Following the hostile speech from Trump, Chinese President Xi Jinping called for "solidarity" in dealing with the pandemic and the need to support the WHO to play a "leading role" in the crisis.

"Any attempt of politicizing the issue or stigmatization must be rejected," Xi added, in a veiled criticism of Trump who continues to use the phrase "China virus."

While concerns are growing that the increasing U.S.-China rivalry is leading to a new Cold War, Xi asserted that China is committed to "peaceful, open, cooperative and common development" without seeking "hegemony, expansion, or sphere of influence."

"We have no intention to fight either a Cold War or a hot war with any country," he said. 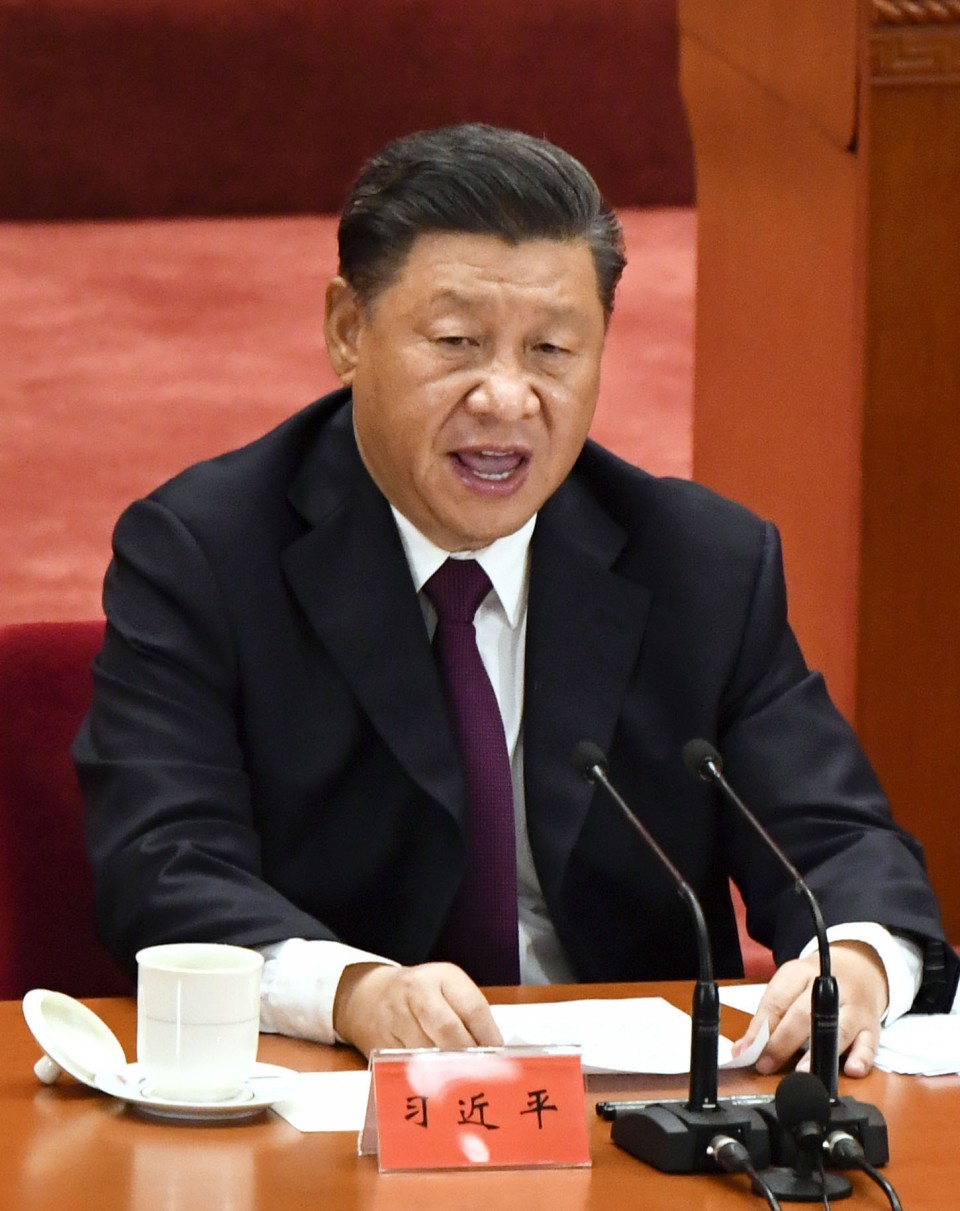 Chinese President Xi Jinping speaks at the Great Hall of the People in Beijing on Sept. 8, 2020, during a ceremony to confer awards to those who have made great contributions in the fight against the novel coronavirus. (Kyodo)

The speeches took place as countries are struggling to contain the pandemic, with more than 31 million people having been infected and over 960,000 deaths confirmed worldwide.

The health calamity has kept world leaders in their home countries and led to the adoption of a remote format for the annual U.N. General Assembly session in New York, a first in the United Nations' 75-year history. Pre-recorded videos of the leaders' speeches were broadcast at the venue with sparse seating.

The epidemic has also sparked concerns over the strengthening of unilateralism and protectionism as countries close their borders, prioritize domestic economic recovery and prepare to secure vaccines for their respective populations once they are rolled out.

Countries including the United States and Japan have been wary of any Chinese moves that seem to take advantage of the pandemic to advance Beijing's interests, such as an increase in maritime assertiveness in the East and South China seas.

U.N. Secretary General Antonio Guterres told the General Assembly that the world must be "united," warning that "when countries go in their own direction, the virus goes in every direction."

Without explicitly naming the United States and China, he also cautioned against the deepening confrontation between the two major powers.

"Our world cannot afford a future where the two largest economies split the globe in a 'Great Fracture' -- each with its own trade and financial rules and internet and artificial intelligence capacities," the U.N. chief said, adding, "A technological and economic divide risks inevitably turning into a geo-strategic and military divide." 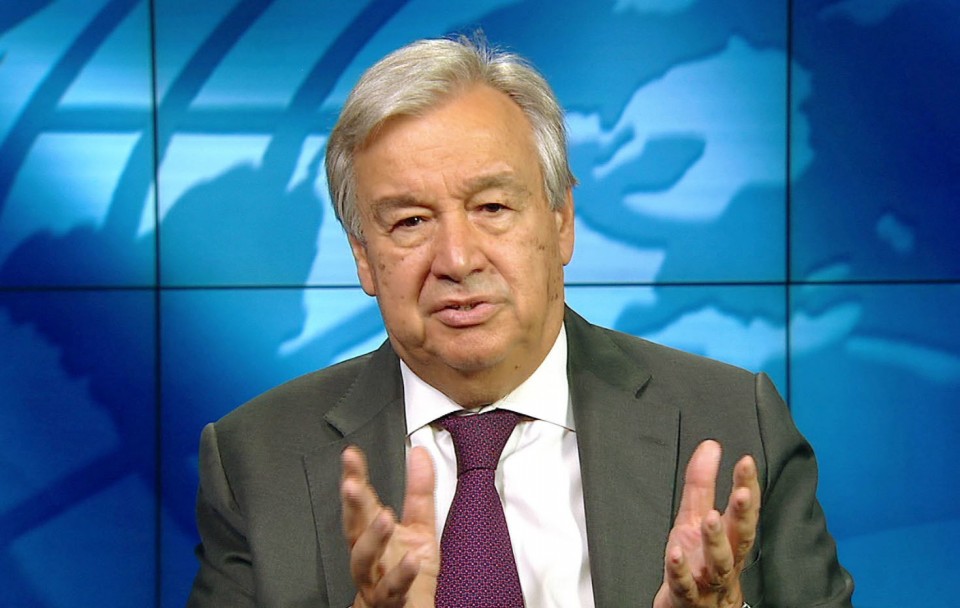 Trump, who faces criticism from within the United States over his poor handling of the pandemic ahead of the Nov. 3 presidential election, has increasingly sought to blame China for the outbreaks while also hardening his stance against the Asian economic powerhouse on trade, security, Hong Kong and other issues.

The president has also been pushing ahead with his "America First" policy, deciding to withdraw the country from international institutions and commitments including the WHO and the Paris climate deal.

Despite calls by Guterres for international unity to address global challenges, Trump even seemed to encourage other countries to adopt nationalistic policies in his speech, saying, "I am proudly putting America first, just as you should be putting your countries first. That's okay -- that's what you should be doing."

Trump defended his decision to leave the Paris agreement, while criticizing China for emitting carbon dioxide at nearly double the level of the United States.

The landmark accord was adopted in December 2015 at a U.N. conference on climate change in Paris to create a long-sought framework to involve every country in reining in greenhouse gas emissions.

But Trump announced in 2017 that Washington would back out of the accord, arguing that it imposed "unrealistic targets" on the United States for reducing carbon emissions while giving countries like China, the world's largest CO2 emitter, "a free pass" for years to come.

Xi said Tuesday that China will scale up its target for cutting emissions, aiming to achieve peak emissions before 2030 and attain carbon neutrality before 2060. 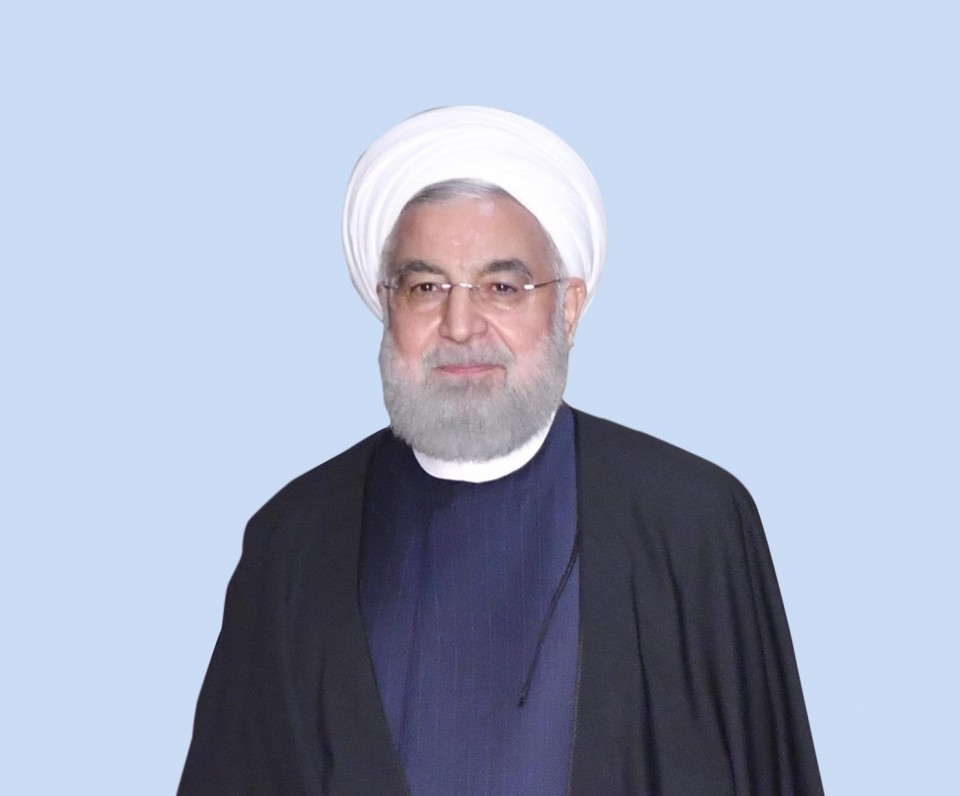 Iran was also in the spotlight during the U.N. meeting, as the Trump administration presses to re-impose U.N. sanctions that have been terminated under a 2015 nuclear deal between Iran and six major powers, including the United States.

The United States exited the deal in 2018, but recently declared on a unilateral basis that the international sanctions are restored, citing Iran's failure to commit to the deal which set limits on its nuclear program in exchange for sanctions relief.

Iranian President Hassan Rouhani vowed in his video statement to fight against U.S. pressure, while welcoming that many U.N. Security Council members rejected the U.S. move as having no legal force.

"The United States can impose neither negotiations, nor war on us," he said, adding that his message to the world is, "Today is the time to say 'no' to bullying and arrogance."

The Trump administration has been eager to negotiate a tougher deal that would address its concerns over Iran's nuclear activities, ballistic missile programs and other issues, but there have been no signs of forthcoming dialogue between the two countries. 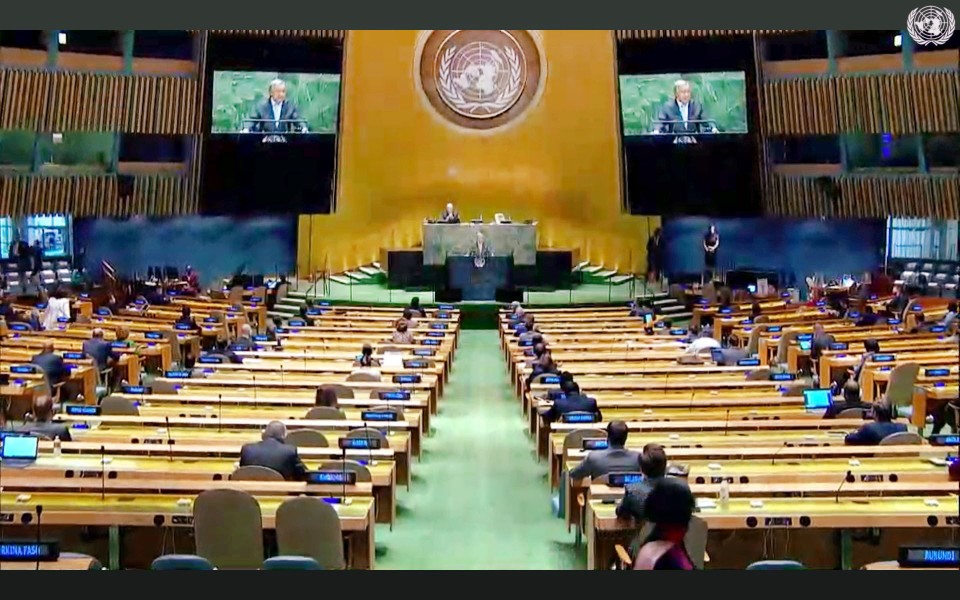