North Korea on Sunday accused South Korea of intrusion into its territory as it searches for the body of a man killed by North Korean troops earlier this week.

The Korean Central News Agency said several vessels are crossing the border during search operations for the body of the South Korean man that is currently missing at sea, adding further intrusions could escalate tensions. 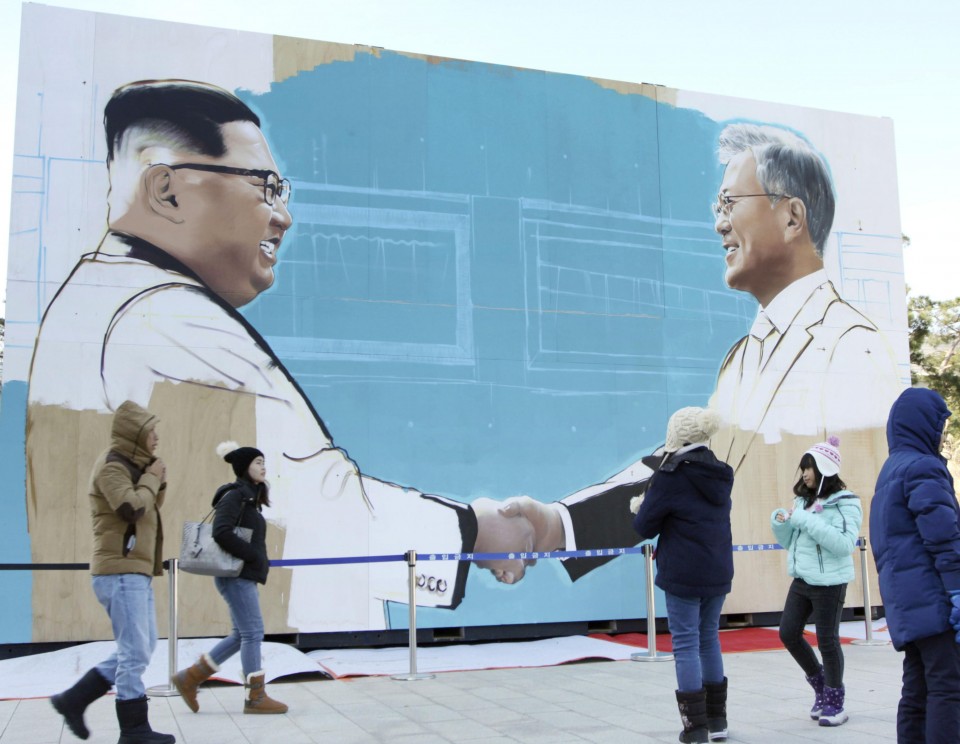 A picture of North Korean leader Kim Jong Un and South Korean President Moon Jae In adorns a wall at a park in front of the South Korean presidential office in Seoul on Dec. 8, 2018. (Kyodo)

The South Korean government has determined the Oceans and Fisheries Ministry employee was shot dead Tuesday by North Korean troops while on patrol for potential illegal fishing in the Yellow Sea near the inter-Korean border.

"We feel very sorry for greatly disappointing South Koreans and the president by causing an unsavory incident unexpectedly on our side," National Security Director Suh Hoon quoted Kim as saying in a letter sent to the South Korean government.

The letter also described the man as an "illegal intruder," Suh said. The South Korean military has said he was likely trying to defect to the North.

South Korean President Moon Jae In held a National Security Council meeting on Sunday, during which the members decided to ask for a joint investigation of the incident as the details and facts from each Korea differ.