Nonetheless, a government panel on virus prevention said the same day it is too early to say if the resurgence since the end of a state of emergency in late May is over, citing a continued spike seen in some areas such as Osaka and Fukuoka prefectures.

The 594 cases compare with 633 cases Tuesday and 437 Monday and fall well below the highest level of nearly 1,600 in early August. 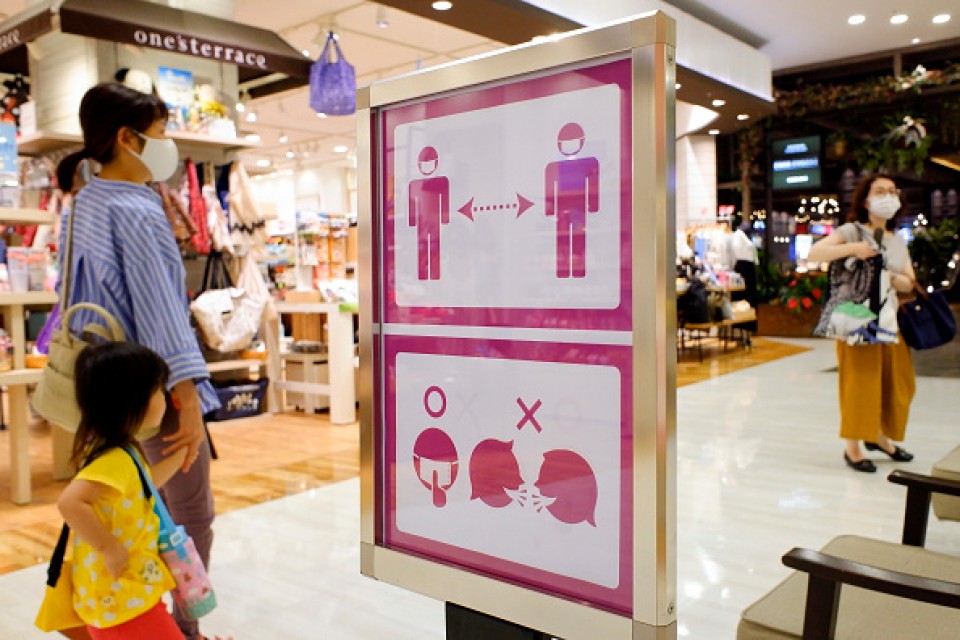 People shopping at AEON STYLE while wearing face masks as a preventive measure against the spread of Coronavirus (COVID-19). (PHOTO NOT FOR SALE)(SOPA/LightRocket/Getty/Kyodo)

The latest figure brings the cumulative number of nationwide cases to 70,368 cases including around 700 from the Diamond Princess, a cruise ship that was quarantined in Yokohama in February. The death toll rose by 13 to 1,340.

"We have not determined whether the rise (in the number of infection cases) has stopped or not," said Takaji Wakita, chairman of the panel and director general of the National Institute of Infectious Diseases.

Tokyo confirmed 141 new coronavirus infections Wednesday, bringing the cumulative total in the capital to 21,128, the highest of Japan's 47 prefectures.

The single-day tally compares with 170 cases reported on Tuesday and 100 on Monday. 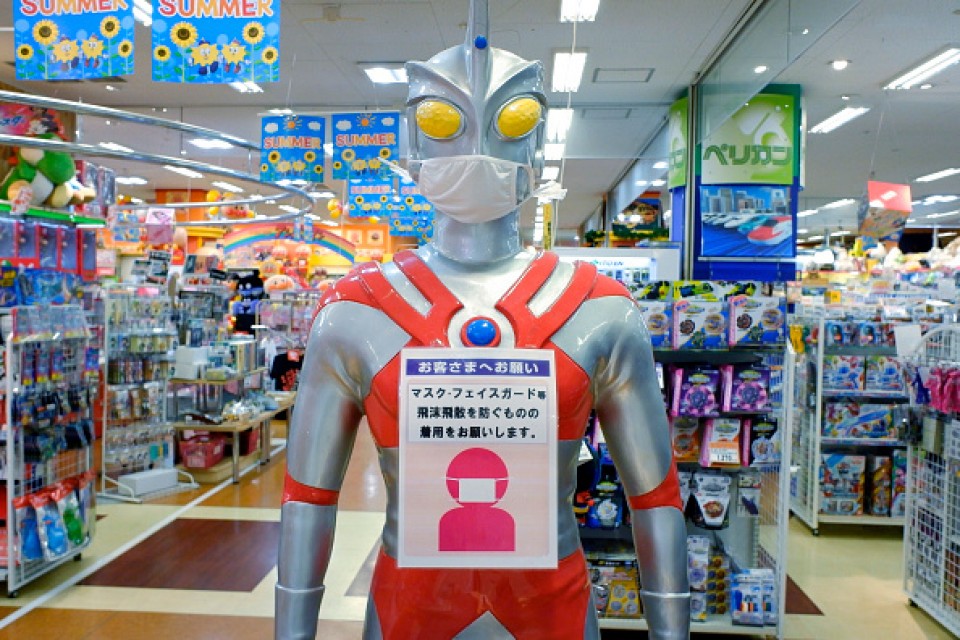 Ultraman, the hero of justice, wears a facemask and a notice sign to call attention to the customers to wear facemasks as a preventive measure against Coronavirus (Covid-19). (SOPA/LightRocket/Getty/Kyodo)

Tokyo hit a monthly record of 8,126 new cases in August, with a daily record of 472 on Aug. 1. But despite the capital seeing daily cases in triple digits on every day of August bar one, infections began to trend downward from the latter half of the month.

The capital is maintaining its alert at the highest of four levels, meaning "infections are spreading."

The metropolitan government has extended a request until Sept. 15 for establishments serving alcohol and karaoke venues in Tokyo's 23 wards to close by 10 p.m. as many cases have spread from there.

Meanwhile, the request for such businesses outside the 23 wards was lifted Tuesday.

Japan mulls offering COVID-19 vaccines for free to all residents

Half of people in Japan feel healthier due to coronavirus outbreak