The U.S. government on Saturday declared that all previously terminated U.N. sanctions on Iran have been restored, without securing broad support for the move from the international community.

The United States resorted to a "snapback" mechanism in a U.N. Security Council resolution that endorsed a 2015 multilateral deal that exchanged sanctions relief for limits on Iran's nuclear program. The administration of President Donald Trump withdrew the United States from the deal in 2018, seeing it as flawed. 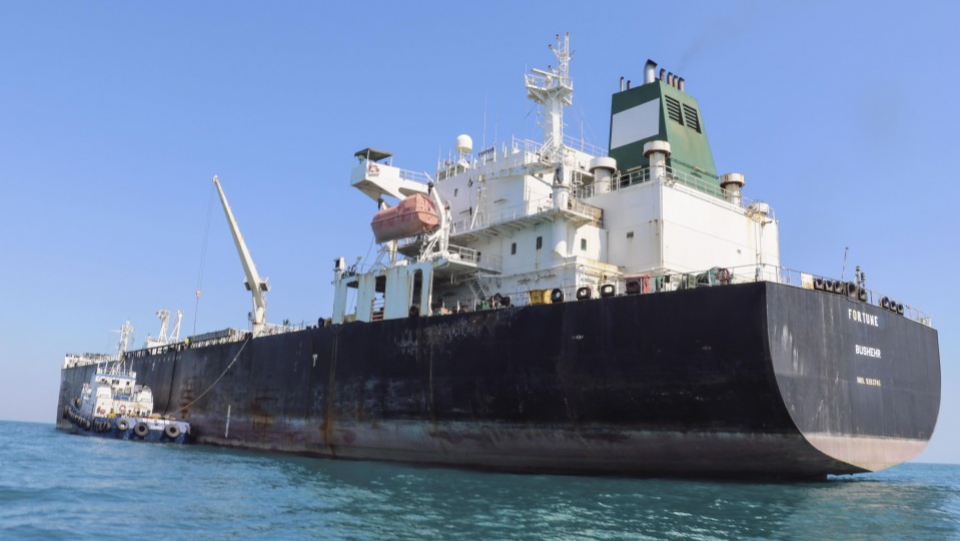 Photo taken March 3, 2019, shows an oil tanker anchored in the Strait of Hormuz off the southern Iranian city of Bandar Abbas. (Kyodo)

Secretary of State Mike Pompeo said Saturday that the United States took the "decisive action" because Iran has failed to honor its commitment under the deal and because the UNSC failed to extend the U.N. arms embargo on Iran, which had been in place for more than a decade.

"We initiated the snapback process to restore virtually all previously terminated U.N. sanctions, including the arms embargo. The world will be safer as a result," Pompeo said in a statement, adding that the United States expects "all U.N. member states to fully comply with their obligations to implement these measures."

The Trump administration has pressured Tehran in a bid to negotiate a tougher deal that would address concerns over Iran's nuclear activities, ballistic missile programs and other issues.

The confrontation between the two countries has deepened, with Iran exceeding nuclear limits set by the 2015 deal and the United States killing a top Iranian general, Qassem Soleimani, in an airstrike in January this year.