The number of people aged 100 or above in Japan has surpassed 80,000 for the first time amid the rapid aging of the country's population, government data showed Tuesday.

The number of centenarians rose 9,176 from the previous year to 80,450 as of Tuesday for the 50th consecutive yearly increase, with women accounting for 88.2 percent of the total, according to the data released by the Health, Labor and Welfare Ministry. 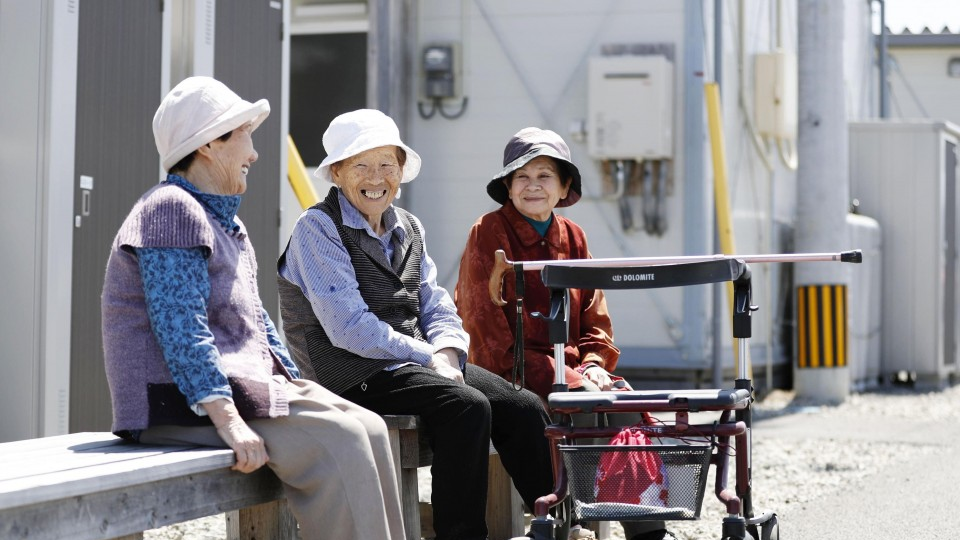 A group of elderly women sit on a bench for a chat in Mashiki, Kumamoto Prefecture, in April 2018. (Kyodo)

Centenarians marked the largest annual increase with the number of men rising 1,011 from last year to 9,475 and women up 8,165 to 70,975, the tally showed. The ministry estimated the figures based on resident registry data before the Respect for the Aged Day holiday, which falls next Monday.

Japan's average life expectancy was 87.45 for women and 81.41 for men in 2019, both record highs, according to health ministry data released in July this year. 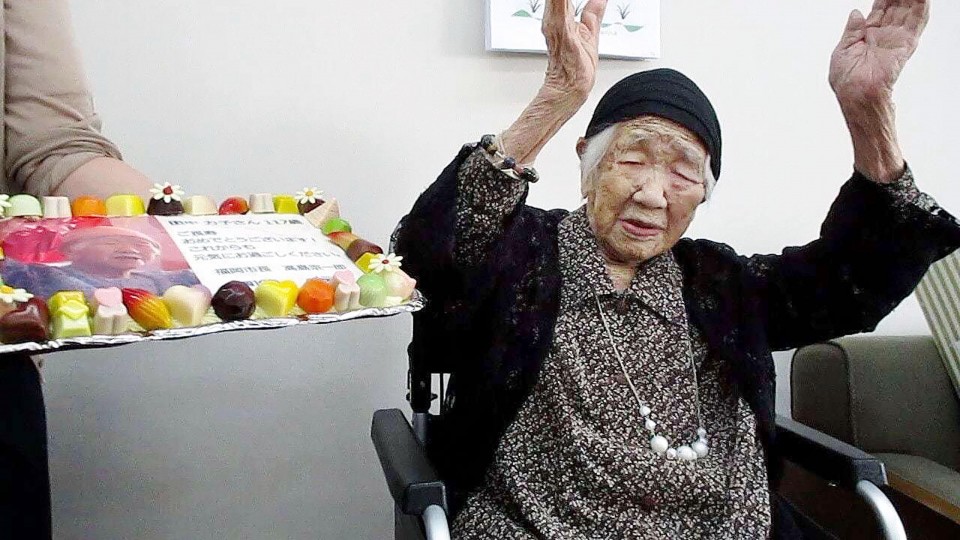 Kane Tanaka, the world's oldest living person at 117, receives a gift of chocolates in Fukuoka on Sept. 12, 2020, ahead of the Respect for the Aged Day. (Photo courtesy of Fukuoka municipal government)(Kyodo)

Kane Tanaka, a 117-year-old resident of Fukuoka, southwestern Japan, is the oldest Japanese woman. She has been recognized as the oldest living person in the world by Guinness World Records.

By prefecture, Shimane in western Japan has the highest number of centenarians per 100,000 people for the eighth straight year at 127.60, followed by Kochi and Tottori at 119.77 and 109.89, respectively.

Number of newborns in Japan falls to record low in 2019