Twenty-six pro-democracy activists were indicted by a Hong Kong court Tuesday for hosting, taking part and inciting others to join a rally in commemoration of the Tiananmen Square crackdown victims.

The group included organizers of the annual memorial held for the victims in the military crackdown on the pro-democracy protest in Beijing's Tiananmen Square in 1989, veteran activists, former and incumbent lawmakers and prominent young activist Joshua Wong and media mogul Jimmy Lai. 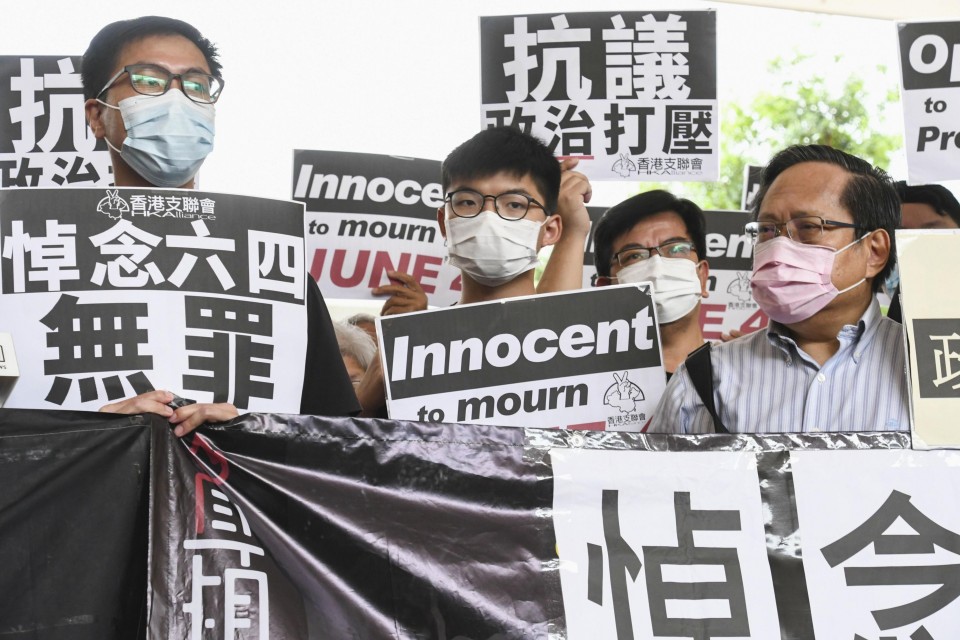 Pro-democracy activists including Joshua Wong (2nd from L) speak to reporters in Hong Kong on Sept. 15, 2020. They appeared in court after being charged for joining a vigil on June 4 to commemorate the anniversary of the 1989 Tiananmen Square massacre. (Kyodo)

"Condemning the Tiananmen massacre every year with the candlelight is no crime," said Lee Cheuk-yan, memorial organizer's leader and one of 24 indicted who appeared in the West Kowloon Magistracy.

Two of the indicted, Nathan Law and Sunny Cheung, have left Hong Kong, according to travel records obtained by the prosecutor. 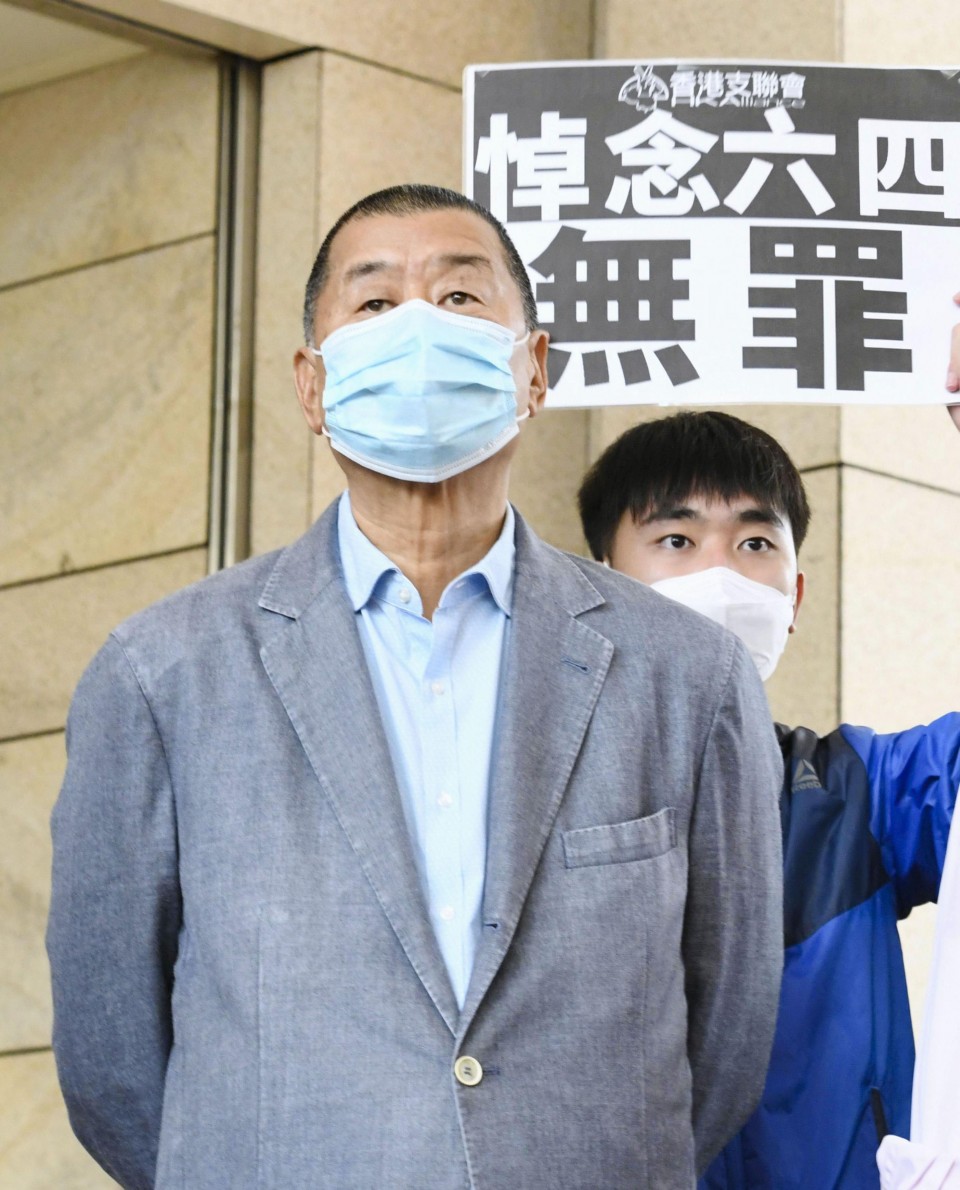 "We have been holding candlelight vigils for 31 years and we will continue. Even with the national security law now imposed in Hong Kong, we will still continue next year," Lee said.

The annual June 4 candlelight vigil in Victoria Park, where up to hundreds of thousands of people have attended, was banned this year by police on public health grounds amid the coronavirus pandemic.

Thousands of people still turned up for the vigil although the organizer said they were holding a private event instead to circumvent the public gathering ban.

No plea has been entered in Tuesday's hearing and the court will decide in four weeks on the prosecution's request to move the cases to the District Court, which could mete out heavier sentences.