Many foreign students in Japan who hope to find a job in the country are facing an uphill battle as a pandemic-driven economic downturn has led a number of businesses to cut recruitment.

The development raises concerns about a potential outflow of promising foreign workers accustomed to Japanese culture and language to other countries while the world's third-largest economy grapples with a rapidly aging population. 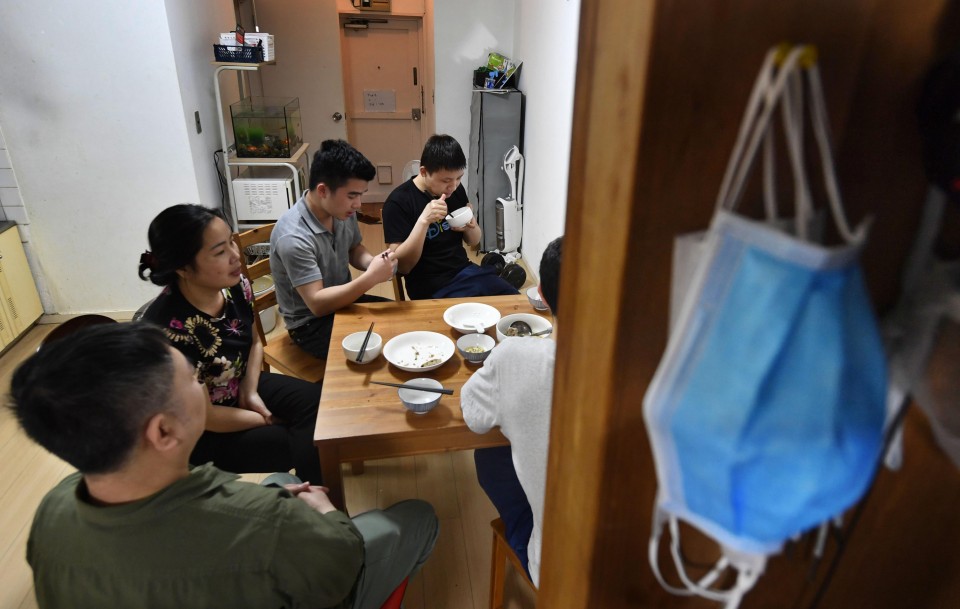 Financially strapped Vietnamese students due to the coronavirus pandemic have supper at a Tokyo temple that is supporting such people on April 24, 2020. (Kyodo)

According to a survey conducted in July by career information provider Disco Inc., 68.5 percent of 343 international students who responded to the questionnaire and are set to obtain their degrees next March remain without a job offer, up 9.1 percentage points from a year earlier.

The figure compared with 22.3 percent of 1,230 Japanese students without a job offer as of July, according to the Tokyo-based company.

International Students Support Network, a group which advises companies interested in hiring overseas personnel, said a loss of job opportunities is evident in almost all industries, particularly in the tourism and retail sectors.

"Unfortunately, industries hit hard by the virus impact are also popular among foreign students," said Manabu Kubota, secretary general of the Tokyo-based group, which works with some 120 universities to help their foreign students land jobs in Japan.

Before the coronavirus outbreak, a surge in overseas visitors to the country drove many Japanese firms to recruit foreign students, but travel restrictions imposed due to the pandemic led to dives of more than 99 percent in visitor numbers from a year earlier for five straight months through August.

The situation is proving serious for many foreign students at Ritsumeikan Asia Pacific University in southwestern Japan's Oita Prefecture, who account for nearly half of the some 5,700-strong student body at the university, better known in English as APU.

An Indian undergraduate student who wished to remain anonymous for fear of jeopardizing his job prospects said he has not secured any job offers in his search for a sales career in advertising.

"Under normal circumstances, most students at the university receive some offers by June" before they are set to graduate the following year, the 22-year-old student of international business management said.

In another case, a 23-year-old Indian woman who graduated from APU this March saw her job offer withdrawn by a staffing company in Tokyo after she moved to the capital for work. 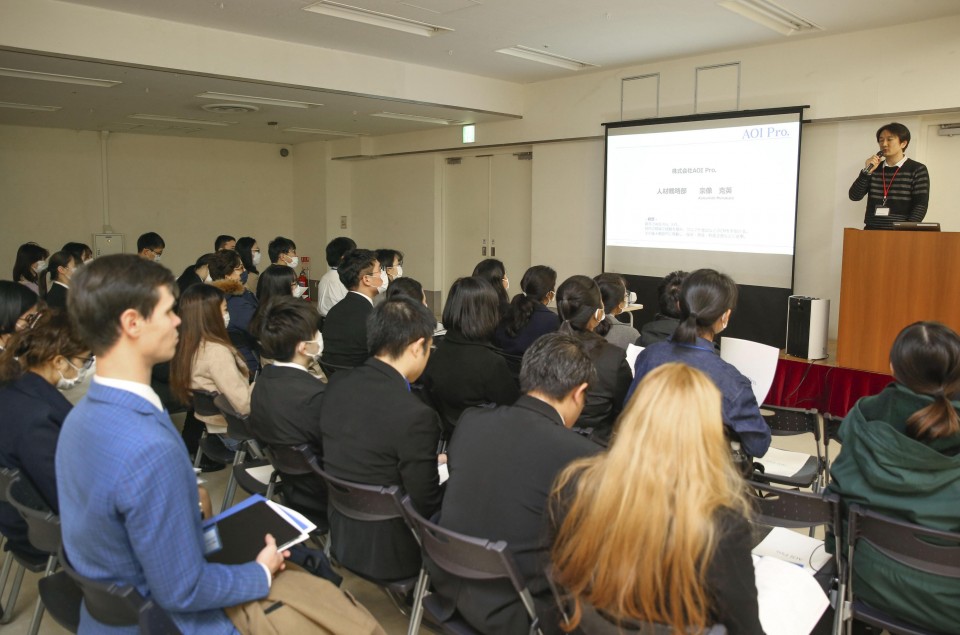 This instantly put her in a financial difficulty. "The company canceled my place 10 days before I was due to start. I was worried whether I could pay my rent as I had spent every penny to move here."

Still, she considers herself to be luckier than some others after involving lawyers to win compensation from the company for nixing her place at such short notice. While getting a living wage in the capital as a part-timer, she is back in the job market, hoping to find other full-time work in the country.

While Japan launched a new visa scheme in April last year to recruit mostly blue-collar foreigners in 14 labor-hungry sectors such as construction, farming and tourism, many foreign university students have sought jobs at businesses such as trading houses, information technology companies and consultancies.

Kayoko Sato, a career support officer at APU, expressed concerns that the current hardships could lead foreign students to seek careers outside Japan.

Stressing the importance of the diversity and strength foreigners can bring to businesses and society, Kubota of the support network called on Japanese companies to take advantage of the current opportunity to recruit capable foreign students.

"We will have to make every effort to help them stay here. With understanding of and affinity for Japanese culture, they will play an indispensable part in helping our country stay afloat," he said.

(Munehisa Tokunaga contributed to this story.)