China and the Czech Republic exchanged diplomatic protests on Monday as bilateral relations dived over Czech Senate President Milos Vystrcil's trip to Taiwan that Beijing regards as a renegade province.

Commenting on Vystrcil's visit to the self-ruled island while visiting Germany, Chinese State Councilor and Foreign Minister Wang Yi described it as an unendurable provocation for which there will be retribution. 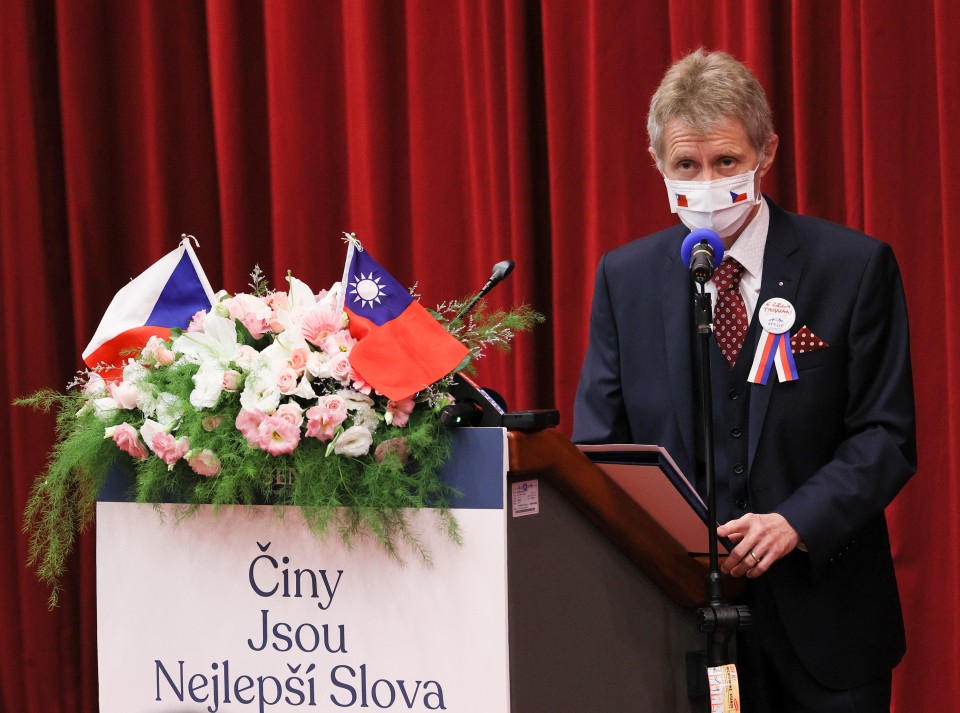 "The Chinese government and Chinese people won't take a laissez-faire attitude or sit idly by, and will make him pay a heavy price for his short-sighted behavior and political opportunism," China's Foreign Ministry quoted Wang as saying.

According to Reuters, those remarks prompted Czech Foreign Minister Tomas Petricek to say he summoned the Chinese ambassador in Prague to explain that although President Milos Zeman's government does not support the trip, Wang's statement "has crossed the line."

"Such strong words don't belong in relations between two sovereign countries," Petricek told reporters in video footage posted on his Twitter account, while calling for cooperation "without emotions which don't belong in diplomacy."

Vystrcil, who leads an 89-member delegation for a six-day visit that began Sunday, is the highest-level Czech politician to visit Taiwan to date. His visit is at the invitation of Legislative Speaker You Si-kun.

Among Taiwanese government officials who also witnessed it were Minister of Economic Affairs Wang Mei-hua, who said Taiwan and the Czech Republic share the same values of freedom, democracy, human rights and the rule of law.

"The visit of the delegation proves that no pressure can stop the two countries from our resolve to defend democracy, freedom and human rights, as well as use economic exchanges to create a win-win scenario," he said.

In a public speech delivered at National Chengchi University in Taipei on Monday afternoon, Vystrcil called his visit the "right thing to do" despite strong opposition from China, which views it as undermining the political foundation of China-Czech relations.

Saying freedom, truth and justice are Taiwan's best sword and armor, Vystrcil said his country has a lot in common with Taiwan, including both having undergone the transformation from authoritarianism to democracy.

Vystrcil said when he joined politics some 30 years ago, he promised himself that he would never keep quiet about government injustice nor obey any recommendation that would undermine freedom and democracy, even if it comes from the president himself.

He is the second-highest constitutional official after Zeman, the Czech president who opposes his visit to Taiwan.

"A vow is a vow," Vystrcil said. "(My action) is the best word, so here I stand in front of you here in Taiwan."

Vystrcil said in his talk at the MOU signing ceremony that freedom and democracy are pillars of economic prosperity.

"It will only warm up when the wood is lit," he said, citing a Czech saying to explain the necessity of the delegation's visit, which he said is being closely watched by people not only in Taiwan and the Czech Republic, but also around the world.

The Czech Republic is Taiwan's fourth biggest investment destination in Europe. Taiwan is also the third largest source of Asian tourists to the Czech Republic, after Japan and South Korea.