Ozeki Takakeisho suffered his first defeat at the Autumn Grand Sumo Tournament on Tuesday, opening the door for sekiwake Shodai and a band of rank-and-filers all hoping to lift the Emperor's Cup.

Takakeisho saw his perfect start at Tokyo's Ryogoku Kokugikan ended by No. 2 maegashira Hokutofuji (1-2) in the penultimate bout of Day 2, dropping a win behind Shodai and five other wrestlers at 3-0. 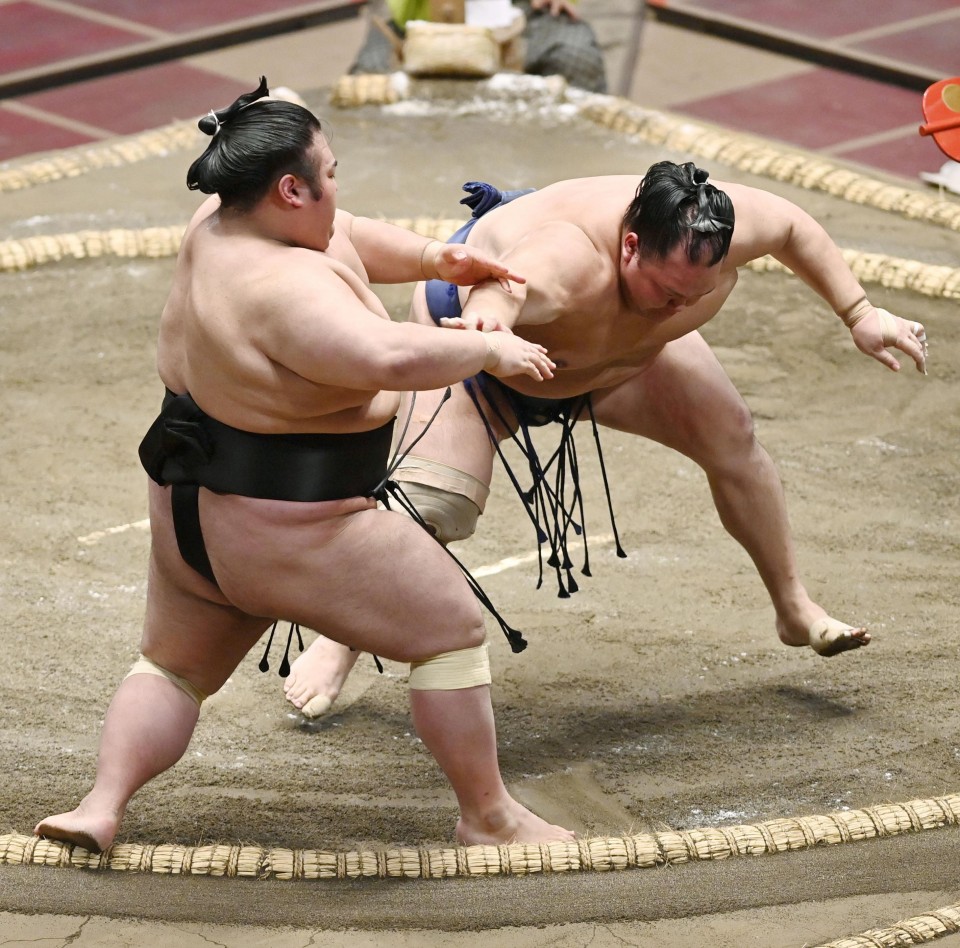 The ozeki had been considered a favorite to win following the injury withdrawals of both grand champions before the start of the 15-day meet and back-to-back upsets to fellow ozeki Asanoyama.

Takakeisho got the better of the initial charge but was quickly driven back to the edge as Hokutofuji tore through a slap-down attempt and drilled him out of the ring.

In the final bout of the day, Asanoyama was beaten by No. 1 Terunofuji (1-2) and fell to his third straight loss.

Asanoyama took Terunofuji to the edge of the raised ring and tried to swing him around, but the Julychampion recovered and employed an underarm throw to bring Asanoyama down to the clay.

Terunofuji knocked Asanoyama down the leaderboard in their first meeting at the July tournament before the veteran capped his impressive comeback by winning his second elite makuuchi-division title.

Shodai seized his third-straight victory by defeating Endo (1-2). Endo went for a quick pull-down but Shodai anticipated the move and used the komusubi's momentum to plow him off the dohyo.

Also picking up his third win was No. 3 Myogiryu, who prevailed in a shoving match against Daieisho (1-2). Waiting for an opening in Daieisho's assault, Myogiryu slipped to the side and pushed the new sekiwake over the straw.

No. 1 Takanosho (2-1) grabbed his second big win of the meet when he pushed out Mitakeumi while handing the sekiwake his first loss. The top-ranked maegashira, who beat Asanoyama on Day 2, maneuvered around his opponent and shoved him out on the straw bales. 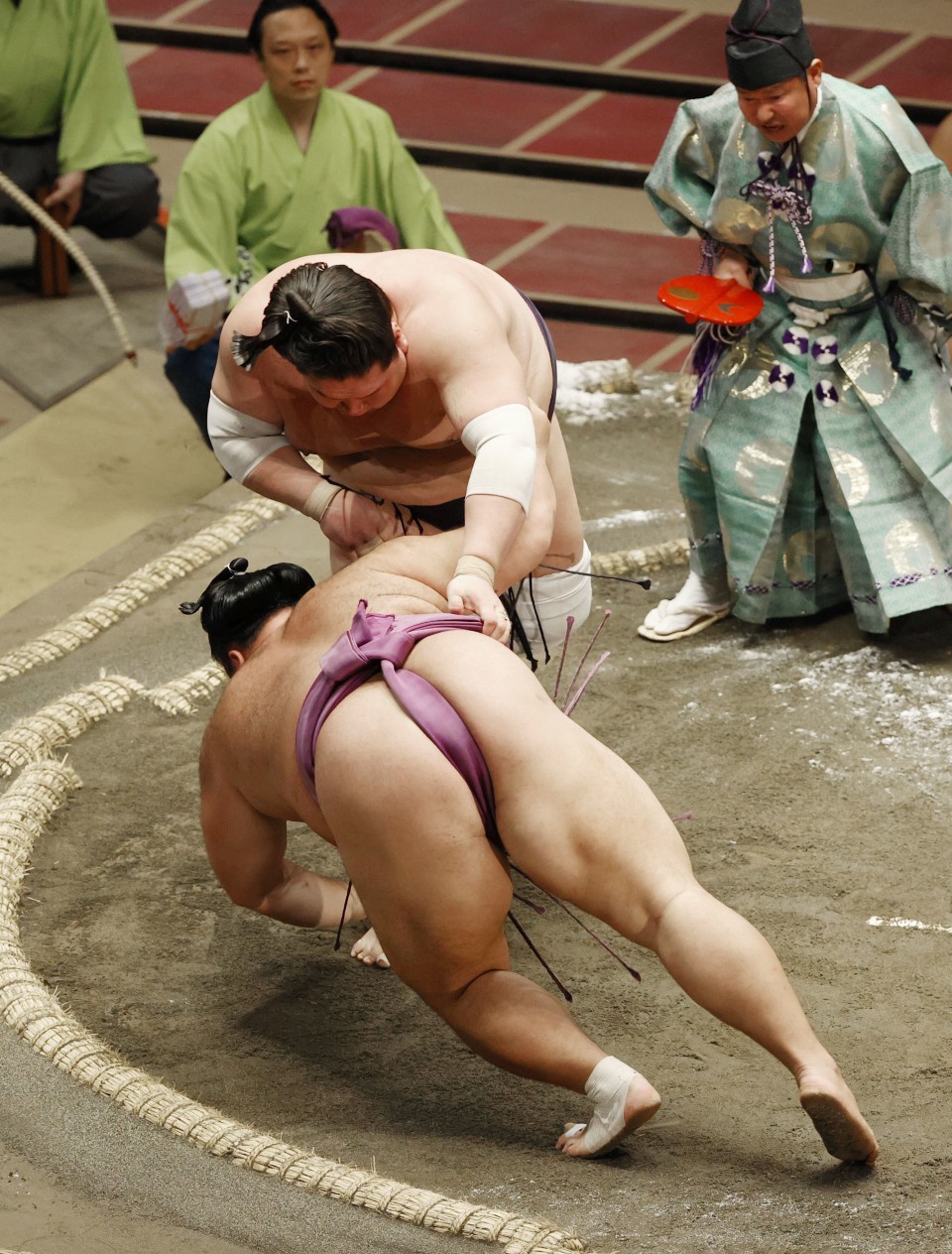 No. 2 Tamawashi (2-1) pushed out komusubi Okinoumi to his third-consecutive defeat and took a 12-10 advantage in his rivalry with the fellow former sekiwake.

In other bouts, No. 14 Tobizaru claimed his third-straight win in his first top-division meet by pulling down No. 12 Kotoshoho (2-1), who clinched a winning record in his makuuchi debut in July.

The former ozeki will likely be demoted to the second-tier juryo division if he remains sidelined for the rest of the tournament.

At age 36, Kotoshogiku is the oldest rikishi in the top two divisions. His withdrawal is his first from a grand tournament since July 2018 and just the seventh of his 19-year career.