"Wife of a Spy" (Spy no Tsuma) follows the story of a couple in 1940 in the western Japan city of Kobe before the outbreak of World War II. A man accidentally stumbles upon a state secret and tries to bring it to light, while his wife takes action to ensure his safety. 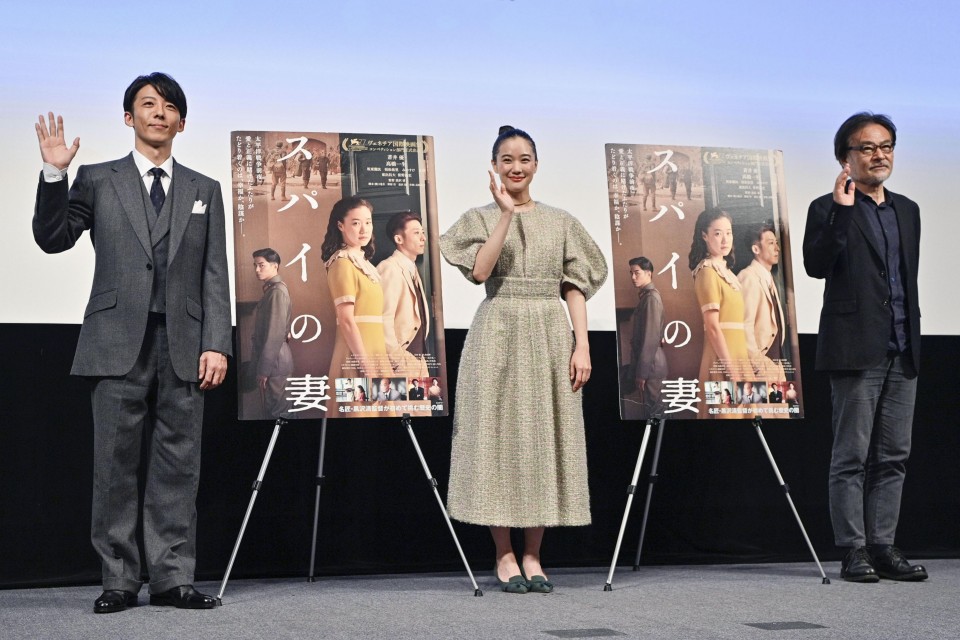 Actress Cate Blanchett, who headed the jury, told a press conference that selection of the Silver Lion winner had been a "difficult decision to make" but that the choice of Kurosawa was "undeniable in that final assessment."

"It is a big surprise. I am feeling too happy for words," Kurosawa, 65, said in a video message sent to the festival.

"I never dreamed I would receive such a pleasant present at my age. I think I did well to continue with filmmaking for a long time."

Cate Blanchett and Anna Foglietta speak onstage during the closing ceremony at the 77th Venice Film Festival on September 12, 2020 in Venice, Italy. (Corbis/Getty/Kyodo)

Kurosawa became the third Japanese director to win a Silver Lion. He followed Takeshi Kitano in 2003 for "Zatoichi" and Kenji Mizoguchi in 1956 for "The Life of Oharu" (Saikaku Ichidai Onna).

Kurosawa's film, starring Yu Aoi and Issei Takahashi, is set to be shown in Japanese theaters from Oct. 16.

While the 77th Venice film festival in northern Italy went ahead despite the coronavirus pandemic, with strict measures in place to prevent the spread of the virus, Kurosawa and his cast decided not to fly to Italy.

"If I was going to win an award, I wish I could have been (in Italy)," Kurosawa said during an online press conference held Sunday in Tokyo.

He also said that when receiving the news that he had won the award, his wife said, "You wanted to go, didn't you?" 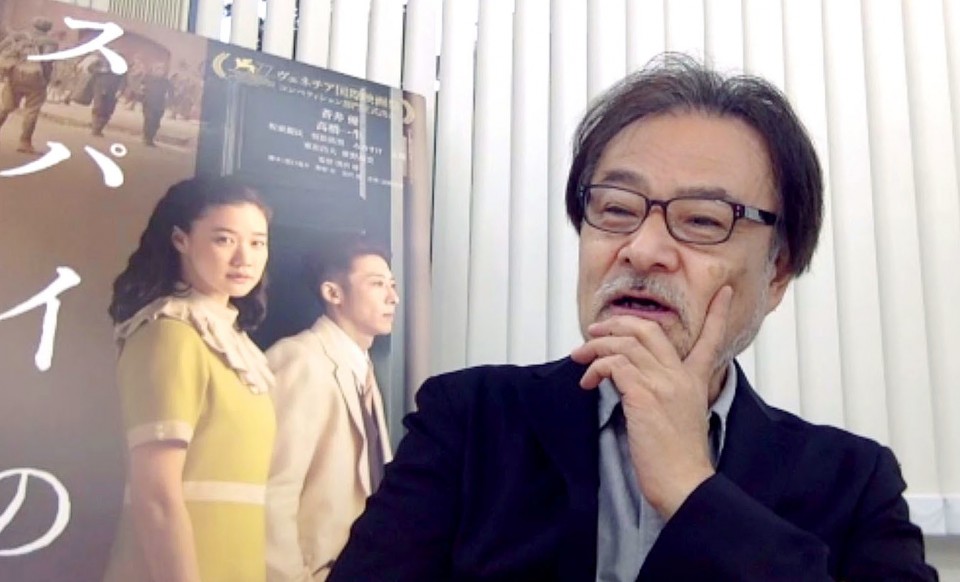 Japanese filmmaker Kiyoshi Kurosawa holds an online press conference from Tokyo on Sept. 13, 2020, after winning the best director award for "Wife of a Spy" at the 77th Venice International Film Festival. He was unable to attend the award ceremony for the film festival due to the novel coronavirus pandemic. (Kyodo)

Kurosawa earned a name for himself globally with his 1997 horror-thriller "Cure." He has also won prizes at the Cannes Film Festival.

In 2015, Kurosawa received the best director prize in the Un Certain Regard section of the Cannes film festival. Also in Cannes, his "Tokyo Sonata" won the jury prize in the same section in 2008.

Among representative works of the director, who hails from Kobe, is the 2001 horror film "Kairo." The film was later made into a U.S. remake "Pulse" in 2006.