Correcting 3rd graf, as part of Bach's quote was incorrect and the added words "to cancel" in brackets caused misunderstanding to readers. Bach was not addressing the potential cancellation of the games.

International Olympic Committee President Thomas Bach asked organizers and stakeholders on Thursday to work diligently toward making the Tokyo Games, postponed due to the coronavirus pandemic, safe and successful in Japan next summer.

Speaking online at the start of a two-day teleconference meeting between the IOC's Coordination Commission and Tokyo Olympic organizers, Bach said it was not time to decide whether or not to go forward with the games and instead focus on preparation. 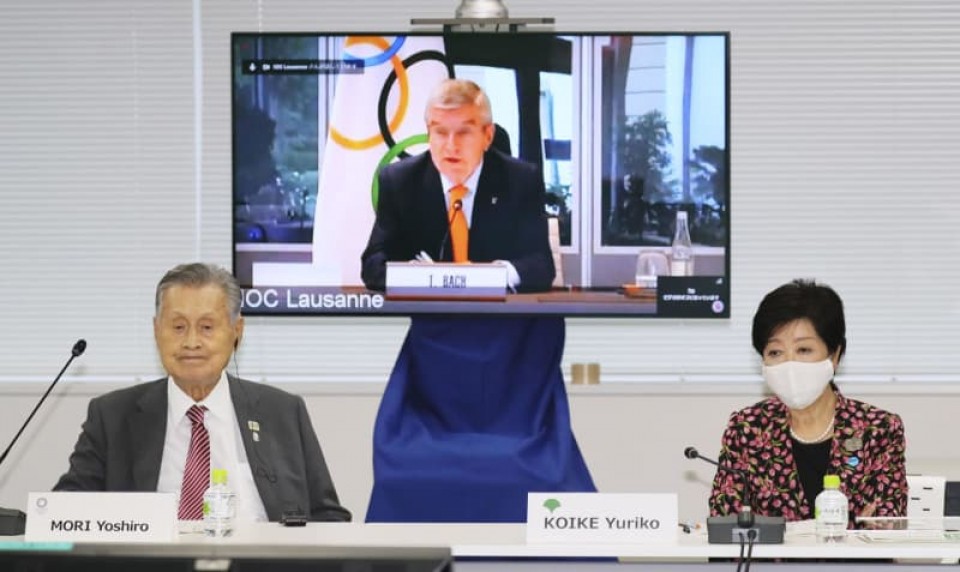 ""We should not give in to some people who may be interested to put some pressure on us and already to make announcements now," Bach said.

Bach did not, however, brush over the magnitude of difficulty involved in having the games ready to go on July 23, 2021, when planners from around the world are unable to meet face-to-face 10 months ahead of the opening ceremony. Although he repeatedly referred to next year's games as the first of a "post-coronavirus world," he admitted that nobody knows when the world will actually be in a post-coronavirus state.

"At this moment in time, the governments around the world cannot even tell you what you will be allowed to do tomorrow or next week or where you can travel," he said. "Nobody can expect from us that we know what needs to be done 10 months from now to ensure a safe environment for everybody."

The meeting is expected to focus on hammering out concrete safety measures and ways to simplify the games.

One safety effort is a set of immigration protocols that will allow athletes to enter Japan and train even if Japan prohibits travel from their homeland.

On the topic of streamlining, the organizing committee is expected to summarize initiatives such as simplifying the food and beverages service to IOC officials and reducing the number of temporary tents at venues.

Although Bach suggested there is promising news regarding the development of a vaccine, he pointed to Japan holding sports events with fans in attendance as evidence that large-scale sporting competitions can be held without vaccination.