The club has not named a replacement for the 52-year-old German, who gave notice of his resignation the previous day. 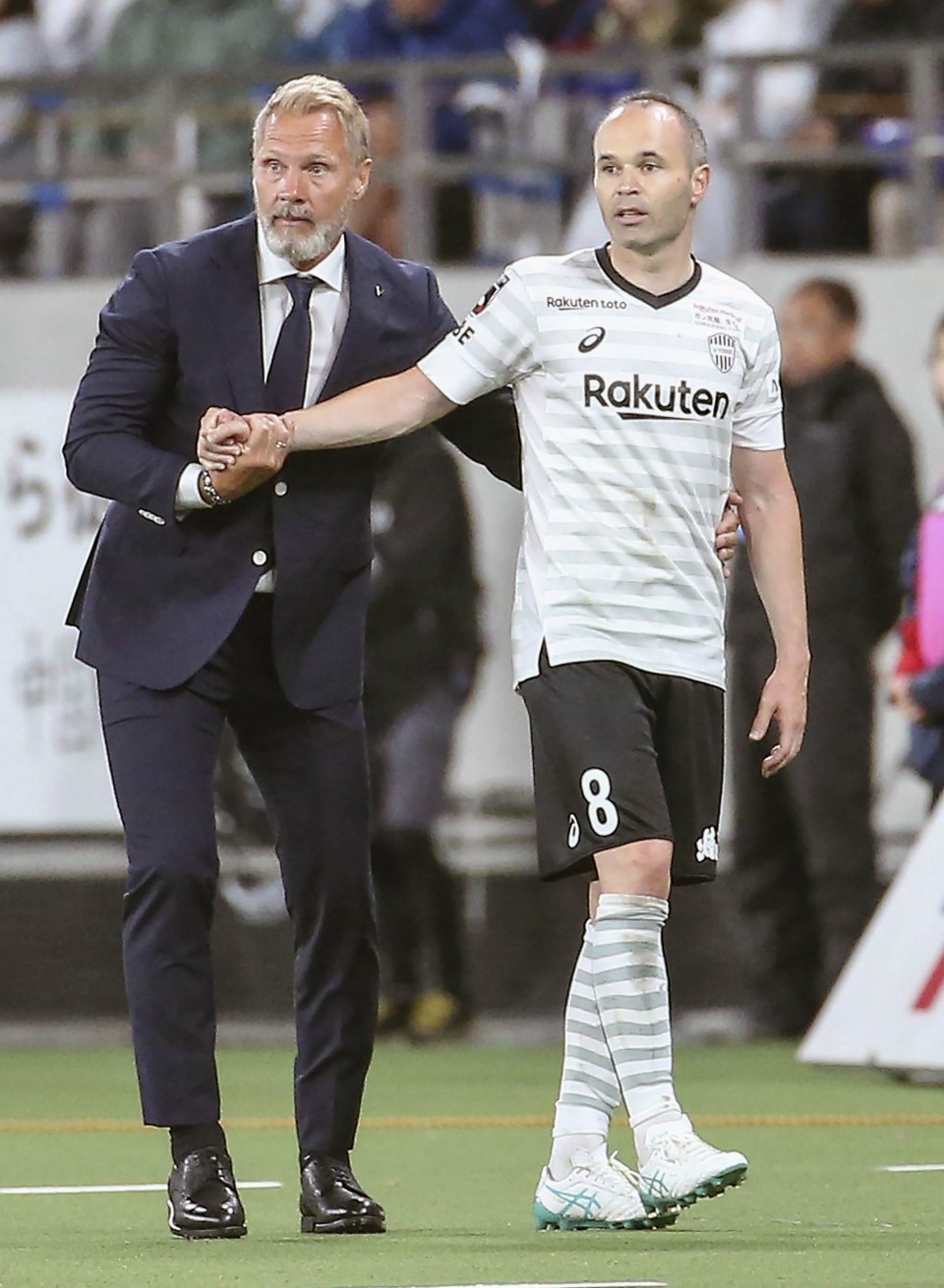 Thorsten Fink (L) substitutes Andres Iniesta in the final minutes of a J-League football match against FC Tokyo on June 15, 2019, at Ajinomoto Stadium in Tokyo. (Kyodo)

Kobe are currently 12th in the J1 table with 20 points from four wins, eight draws and seven losses.

A former defensive midfielder for Bayern Munich, Fink's career as a manager included stints with Swiss side Basel and Bundesliga club Hamburger SV before he took the reins for Kobe midway through the J1 campaign in June 2019.

Following an eighth-place finish last season, he guided Kobe to the Emperor's Cup, their first major silverware, on Jan. 1.

Kobe opened the current season by winning their first Fuji Xerox Super Cup, but Fink's overall results with the club have been meager, given a star-studded squad that includes Barcelona great Andres Iniesta among several big names.

In a statement on the club website, Fink said he was stepping away from coaching to spend more time with his family.

"We were able to win two trophies. This was a historic achievement and something that will link us forever," Fink said. "We were able to unite as one and achieve extraordinary success, but my time has come to return to my family."

News of the resignation, with Kobe preparing to host Sagan Tosu in the J1 on Wednesday night, came as a surprise, according to midfielder Hotaru Yamaguchi.

"I just heard about it. It will be difficult for us to get organized," the 29-year-old Japan international said.

Vissel are on top of Asian Champions League Group G with two wins from two games.