Japan confirmed on Saturday 1,532 new coronavirus infections, topping the 1,000 mark for the fourth straight day, as authorities in large cities have been forced to reimpose restrictions on some businesses to address the resurgence of the virus.

In Tokyo, an additional 472 cases were reported, a record daily increase for the third straight day, following 463 logged Friday.

The national cumulative total now stands at 38,571, including about 700 from the Diamond Princess cruise ship that was quarantined in Yokohama in February. The death toll stands at 1,026. 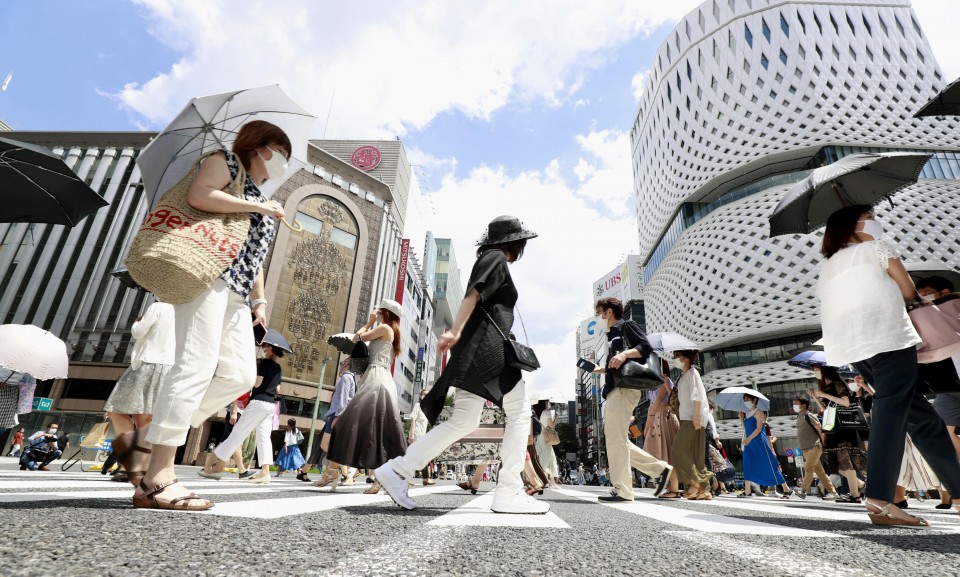 On Friday, the country confirmed a record 1,578 new infections.

The daily figures announced by local governments reflect the most recent totals reported by health authorities and medical institutions in Japan.

Tokyo had raised its alert for the pandemic in mid-July to the highest of the four levels, meaning "infections are spreading."

Gov. Yuriko Koike warned Friday that Tokyo may declare an emergency for the capital, although the Japanese government fully lifted a state of emergency in late May.

The metropolitan government has requested that establishments serving alcohol and karaoke parlors close early at 10 p.m. to prevent further spread of the virus, effective from Monday through the end of August.

Osaka and Aichi prefectures are following suit after a growing number of infections were reported mainly in downtown areas.