Iran agrees to grant access by IAEA inspectors to 2 sites

Iran has agreed to grant access to inspectors from the International Atomic Energy Agency to probe allegations of past nuclear weapons development at two locations that have been the subject of controversy, the two sides said Wednesday.

In a joint statement, they said that under the agreement on resolution of nuclear safeguards implementation issues, "Iran is voluntarily providing the IAEA with access to the two locations specified by the IAEA and facilitating the IAEA verification activities to resolve these issues."

The statement did not set out dates for the IAEA access and the verification activities, but it said they have been agreed. 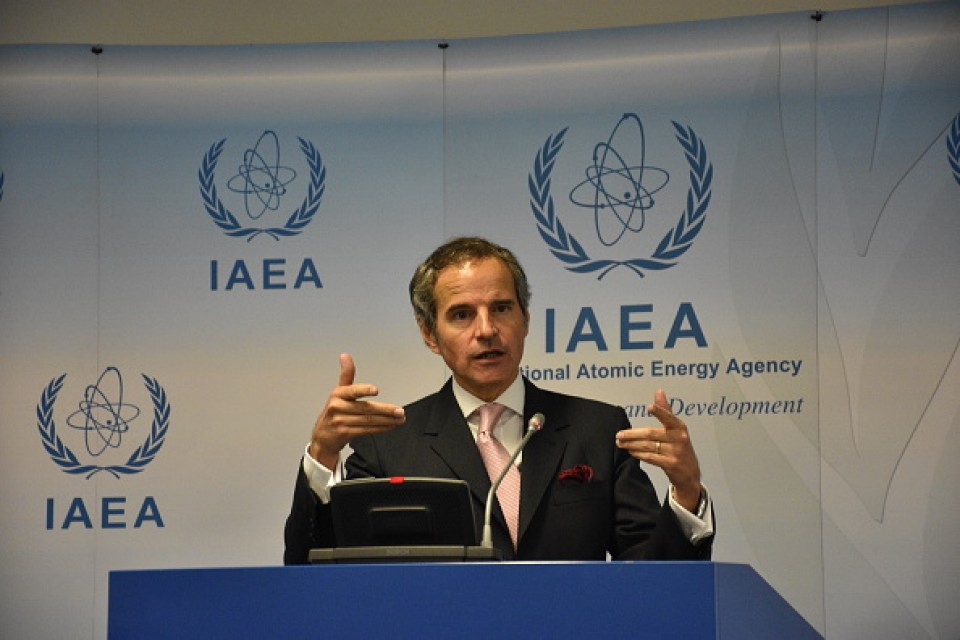 Iran, which had previously refused such inspections, made the policy turnaround during a visit to Tehran by IAEA Secretary General Rafael Mariano Grossi, who met with Iran's nuclear chief Ali-Akbar Salehi and Foreign Minister Mohammad-Javad Zarif on Tuesday and with President Hassan Rouhani on Wednesday.

According to a government source, the Iranian side accepted IAEA inspections on condition that requests based on "erroneous information" not be repeated.

The IAEA has been requesting inspections at two sites regarding nuclear activities in 2003 that were said to have been secretly conducted.

The government source said the IAEA confirmed in the negotiations that it will not raise any more questions regarding the two sites based on intelligence reports that Iran alleges to be false information from hostile U.S. and Israeli sources.

The joint statement says, "In this present context, based on analysis of available information to the IAEA, the IAEA does not have further questions to Iran and further requests for access to locations other than those declared by Iran under its CSA and AP."

The reference was to Iran's Comprehensive Safeguards Agreement with the Vienna-based nuclear watchdog and an Additional Protocol thereto.

Salehi told state television that Iran has agreed with IAEA that after inspection of two sites, the IAEA will not be able further request inspections based on information that they agency currently has, and then the controversial case between Iran and agency regarding the two sites will be closed.