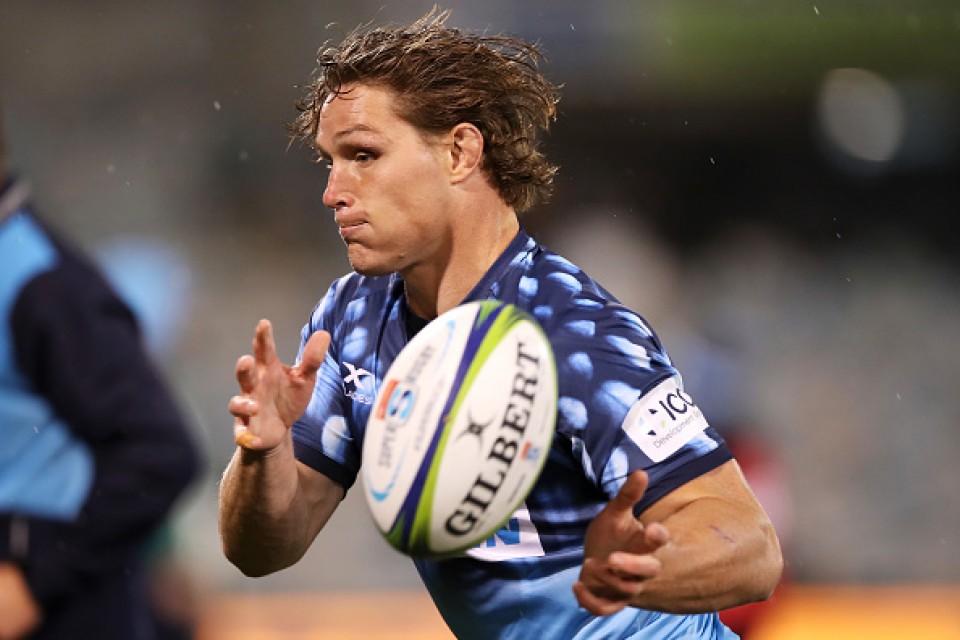 Michael Hooper of the Waratahs passes during the warm-up before the round eight Super Rugby AU match between the Brumbies and Waratahs at GIO Stadium on August 22, 2020 in Canberra, Australia. (Getty/Kyodo)

At Verblitz, Hooper will line up with former All Blacks captain Kieran Read and Japan star Kazuki Himeno in the back row -- described by many already as a world class unit.

"Quality man, unbelievably robust player with the toughness of a forward and the skill set of a back and an unmatched work ethic and hunger to succeed," Penney, who formerly coached in Japan with NTT Communications Shining Arcs and Toyota Industries Shuttles, told Kyodo News regarding Hooper.

Hooper has been capped 99 times by Australia.

"This is a great opportunity for me to learn in a new rugby environment and develop a different perspective on the game," Hooper said according to the http://Rugby.com.au website.

"We're incredibly supportive of Michael making this move in the first half of 2021," Clarke said. "It's a prudent decision, especially for someone who has been a devoted servant to the domestic game here in Australia for over 10 years now."

"While he will head overseas for the first six months of next year, Michael has made it abundantly clear how committed he is to Australian Rugby until at least the Rugby World Cup in 2023."

Verblitz are coached by former Waratahs assistant Simon Cron, while former All Blacks head coach Steve Hansen is the director of rugby.