In handing down the ruling, the Tokyo District Court said the possession was a "malign crime reflecting his lack of hesitation toward illegal drugs."

Still, Judge Masashi Sakata gave Makihara the suspended term, saying he "showed remorse and pledged to stay away (from drugs)." 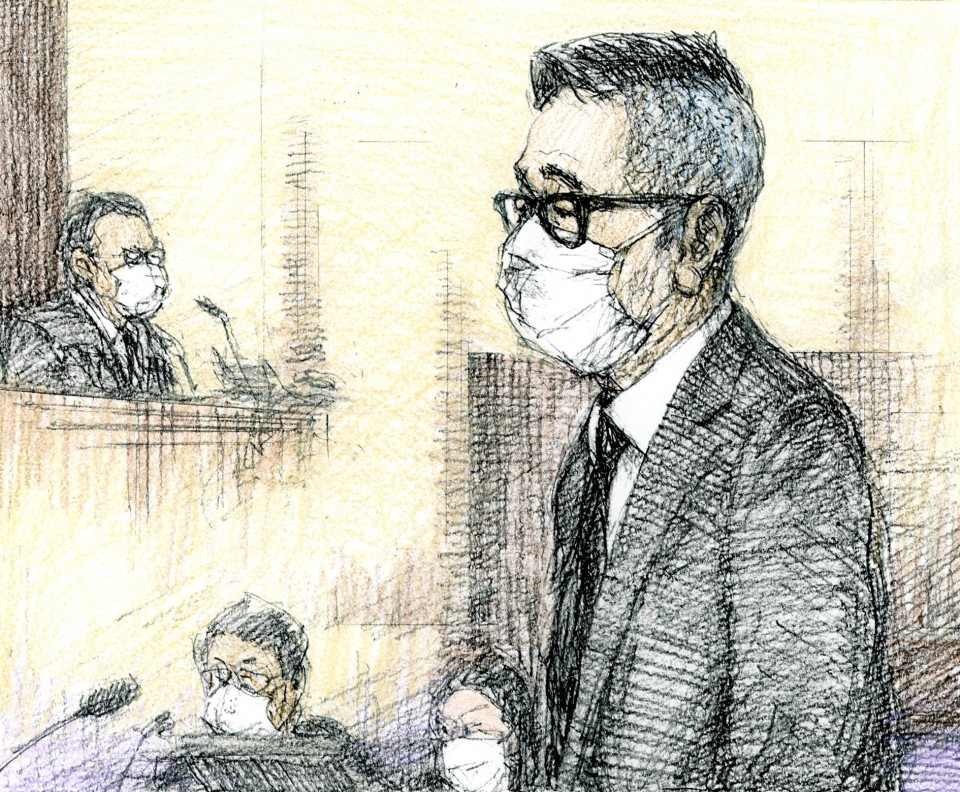 Perhaps best known for the hit "Donna Toki mo" (Anytime), Makihara, who made his debut in 1990, appeared in court wearing a dark suit. He thanked the judge with a bow before walking away from the courtroom briskly.

"I will make every effort to regain the trust of everyone as soon as possible," Makihara said in a statement posted on his official website later in the day. The singer said he will suspend his planned activities for the time being at least.

According to the ruling, Makihara had about 3.5 milliliters of the liquid inhalant isobutyl nitrite, a type of "popper" commonly known as "Rush," in February at his home in Shibuya Ward, Tokyo.

The ruling also said that 0.083 gram of an illegal stimulant drug and 64.2 milliliters of Rush that was found in the 51-year-old's condominium in the capital's Minato Ward when his partner was arrested in the spring of 2018 actually belonged to the singer.

Prosecutors had sought a two-year prison term for Makihara, saying he had been using Rush for about 30 years and an illegal stimulant drug since at least 1999, even after he was found guilty of a drug charge in the same year.

His defense team had asked for a suspended sentence, saying he had remained in possession of the drugs only because he had yet to discard them.

In his trial last month, the musician, who was arrested on Feb. 13, pleaded guilty but insisted he had not used the drugs for a number of years and has cut off his ties with his former dealer.

A total of 204 people lined up to draw lots for the 29 public gallery seats available in the courtroom to see Makihara, who gained fame for composing "Sekai ni Hitotsudake no Hana" (The One and Only Flower in the World" for now-disbanded male pop group SMAP.

"I have been a big fan of his songs since I was in high school," said a 46-year old woman, one of the observers of the trial. "He apologized for making fans sad during the court proceedings. I think I will trust him again."

He was first arrested in 1999 for possessing illegal stimulants and later given an 18-month jail term, which was also suspended for three years.