The resurgence of coronavirus cases in South Korea is starting to have an impact on the nation's governance, with the parliament shut down Thursday and some ruling party lawmakers quarantined at home.

The measures were taken after a local reporter tested positive for the virus after covering a meeting of senior officials of the ruling Democratic Party of Korea at the National Assembly the previous day.

As the parliament building and lawmakers' offices were disinfected, several parliamentary sessions and meetings among ruling and opposition lawmakers that had been scheduled for Thursday were canceled. 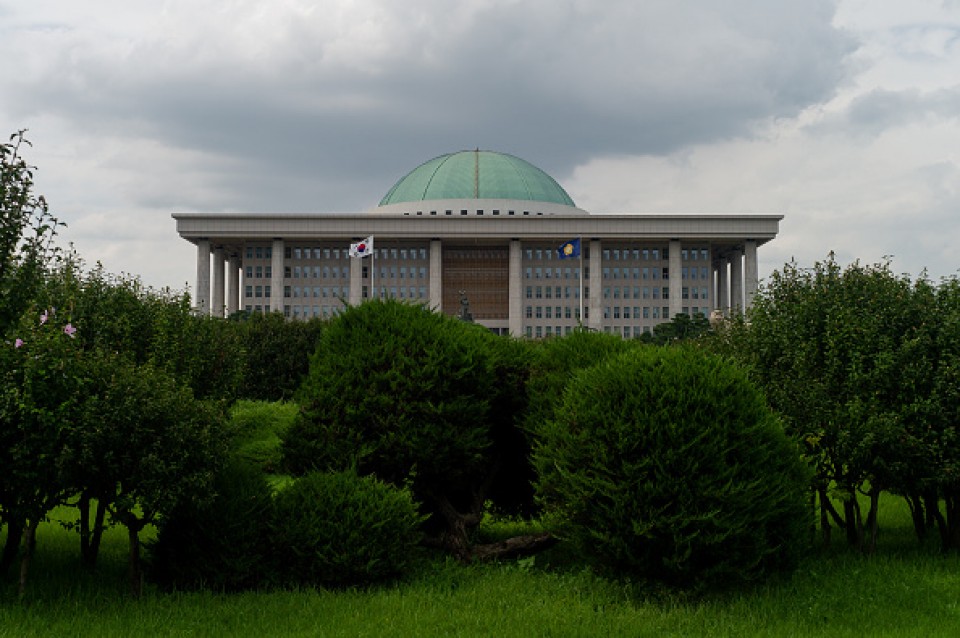 The reporter is found to have had contact with at least 50 people, including Speaker Park Byeong Seug and other ruling party lawmakers.

That has prompted concern that the 300-seat unicameral legislature's schedules for the fall may have to be delayed, Yonhap News Agency reported.

The ruling party's leadership contest is slated to be held online on Saturday. Former Prime Minister Lee Nak Yon is widely expected to win the race, but he remains in self-quarantine after he was found to have shared a mic during a radio program with a person who tested positive for the virus.

South Korea reported 441 new virus cases on Thursday, the largest daily increase since March. Seoul, the epicenter of the virus's resurgence in the country, accounted for 154 cases, a record for the capital during the pandemic.

The country has seen triple-digit new daily cases for two weeks, after mass infections linked to a Christian church in northern Seoul emerged. Cases are seen spreading nationwide after some church members participated in an Aug. 15 rally in Seoul that drew people from across the country.

That church alone had been found linked to 959 cases as of Thursday noon.

The government is on heightened alert and is expected to weigh whether social distancing guidelines should be raised to the highest level amid increasing concerns among the public, according to health authorities.

President Moon Jae In, at a meeting with Protestant community leaders on Thursday, called for cooperation in stemming the virus's spread, saying, "South Korea's anti-virus fight, which has been touted as a model for the world, is facing a crisis."

Earlier Thursday, South Korea's central bank lowered its growth outlook for 2020 due to the impacts of the virus pandemic. It now forecast Asia's fourth-largest economy will contract by 1.3 percent, not the 0.2 percent it projected in May.

"While the slump in exports will ease gradually, the recovery of private consumption is expected to be constrained by the recent resurgence of COVID-19 in Korea," the Bank of Korea said in its latest economic outlook.

Mass infections at South Korea church grow to over 670 cases