Conforming to social norms is the primary motive for Japanese people wearing face masks during the novel coronavirus pandemic, survey results recently showed, dismissing the oft-touted reason that wearers are putting them on to protect themselves and others.

A team of psychologists led by Kazuya Nakayachi, a Doshisha University professor, surveyed 1,000 people about the wearing of masks and its efficacy based on a five-point rating scale, and found that the top reason for wearing masks was because everyone else was doing so.

With its findings, the team urged public health policymakers to "consider social motivations when implementing public strategies" to fight the virus.

In the online Likert-scale survey, participants responded from one for "not at all" to five for "very much" to determine how strongly various motives would drive them to wear masks. 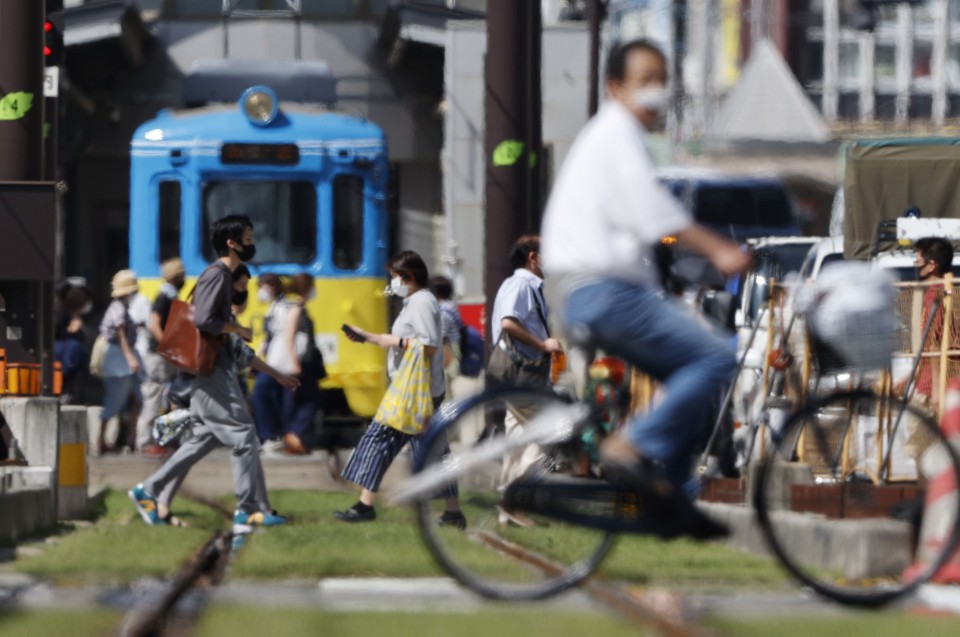 A man wearing a face mask due to the novel coronavirus pandemic rides a bicycle amid scorching summer heat in Osaka on Aug, 11, 2020. (Kyodo)

The strength of correlation was then converted into a numerical scale of zero to one, with zero indicating no correlation.

The respondents were recruited to reflect Japan's general population distribution in terms of sex, age and area of residence

In the survey, conforming to other people's behavior had the highest correlation scale of 0.44, while relieving anxiety was second at 0.16.

Protecting wearers from being infected and preventing them from infecting others, as suggested by the World Health Organization, was near zero, showing almost no correlation with the decision to wear a mask.

While masks have become widely established as a form of etiquette in Japan, there are still some measures under the government's call for a "new lifestyle" in the coronavirus era that the public are unaware of.

Nakayachi said building pressure to conform is an effective way for policymakers to prompt people to act favorably. But he also warned against overdoing it and building a "society that is constrictive and under surveillance."

The study was published in Frontiers in Psychology, a specialized journal based in Switzerland.