Men working at host clubs in Tokyo's Kabukicho district have often faced prejudice from people who object to the adult entertainment industry, and attitudes have hardened recently after authorities pinpointed such clubs as hotbeds of coronavirus infections.

It has been rare for people other than patrons and friends to get to know the thoughts of such young men, with their flashy suits and hair, but now a collection of 300 "tanka" poems written by more than 70 hosts in Kabukicho offers some insights. 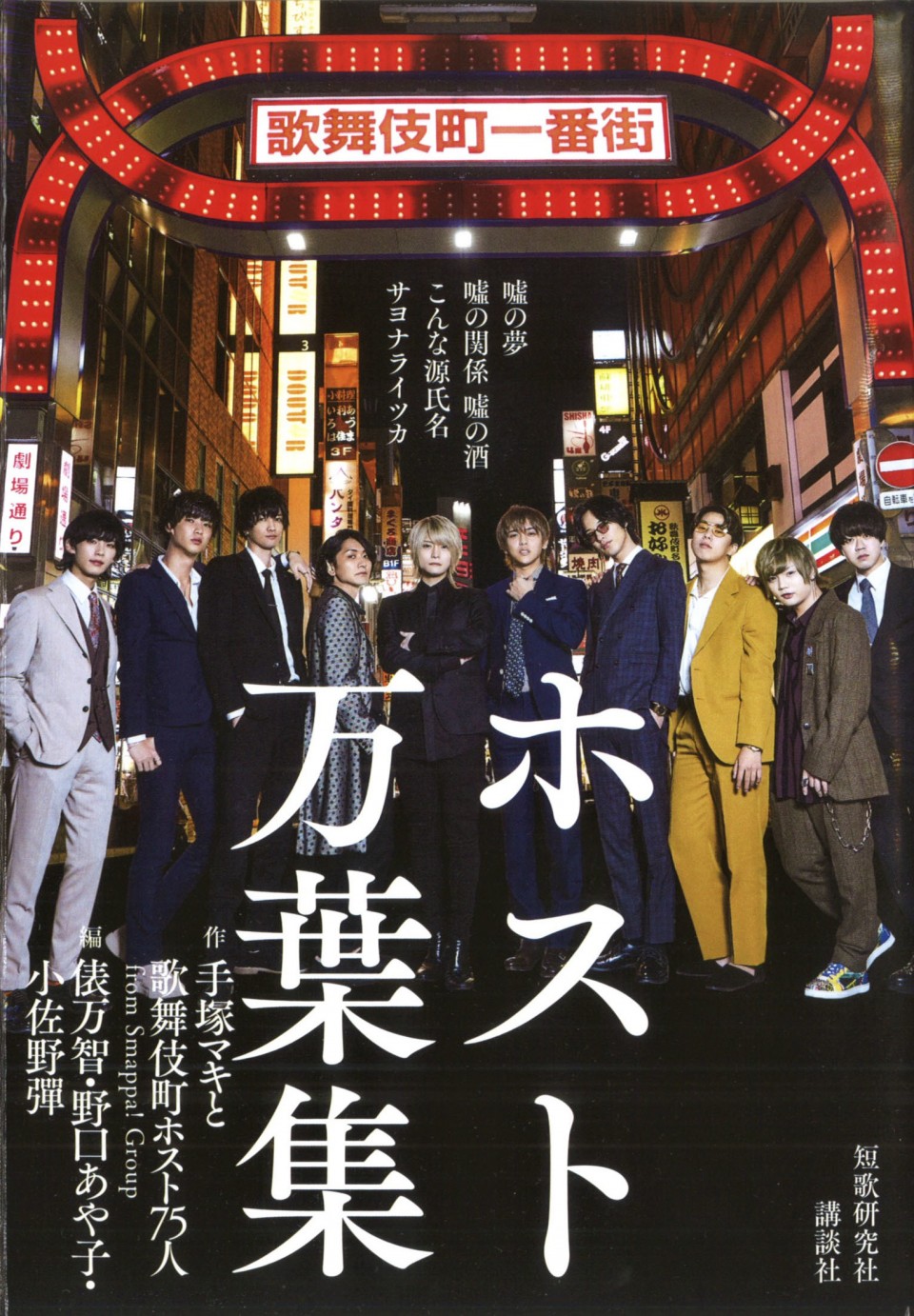 The book, published in July, is titled "Host Manyoshu" in a nod to Japan's oldest poetry anthology dating back more than 1,200 years. The current imperial era "Reiwa" is derived from the Manyoshu.

According to Maki Tezuka, who runs six host clubs in Kabukicho and spearheaded efforts to publish the book, the poems contained in it are "the hosts' past and current feelings encaged in 31" syllables, written as tanka poems in a pattern of 5-7-5-7-7 and in a single, unbroken line.

In Japan's hostess bars, women entertain male customers over drinks and flirtatiously chat with them, while in host clubs men do likewise with their female customers.

Tezuka has been organizing tanka poetry reading sessions with hosts who work in his clubs almost every month since two years ago, after seeing some of them "becoming empty human beings after excessively chasing profits."

"I wanted them to learn something that can enrich their lives," said the 42-year-old, who used be a host himself and has achieved esteem in the industry as a "No. 1 host" -- a host who racked up his club's biggest sales thanks to many women paying to designate him as their favorite to ensure he would sit next to them.

Not all the hosts approached were positive about the idea of composing traditional 31-syllable poems. "I motivated (those unwilling) by telling them that if the poetry collection sells well, they will get more customers," laughed Tezuka.

Some of the poems in the book, published by Tanka Kenkyu-sha Co., relate to hosts' emotions associated with their job.

A poem written by a host who goes by the name Ryota Kazehaya can be translated as follows:

You said, even though I didn't

Ask you such a thing

You are coming to see me today

The following is among Tezuka's own poems:

What kind of person

Am I to have made you cry

Other poems include those portraying the hardships of life experienced by hosts who are not yet popular, and who typically live together by sharing a room in dormitory lodgings provided by their employers.

Takeru composed one such poem:

I ate after getting

A taste of chagrin 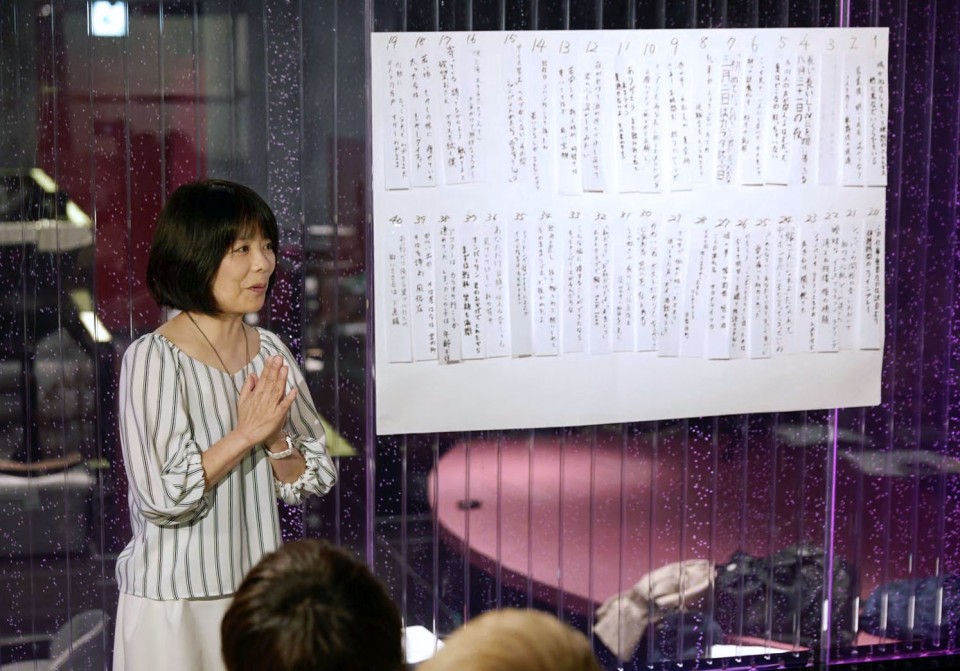 Machi Tawara, one of Japan's most famous tanka poets, has joined Tezuka's poetry reading club as a critic and selector.

Tawara gives high marks to the hosts' poems and said she does not regard them as something outside of the mainstream tanka.

"They are quick learners," said the 57-year-old poet. "Because they are sending LINE messages every day to women, they are good at capturing someone's heart with short sentences," she said, in reference to the messaging app popular in Japan.

Besides, "romance has been a classic theme in tanka poetry," Tawara added, pointing out that the hosts have an advantage in creating love-themed poems as it is their job to enchant women with affectionate words.

The pandemic hit when Tezuka and others were preparing to publish the collection of poems, carefully selected from among about 900 written by members of the poetry reading club.

The spread of the virus causing the COVID-19 respiratory illness led to host clubs temporarily being shut, but the monthly poetry readings were continued in a videoconference-format.

The book contains some virus-related poems, including the following one written by Tomoya:

"At a time when we were bundled together under the label 'nightlife district,' tanka poetry was the perfect format to express our thoughts, much better than speaking for an hour in an interview," Tezuka said, adding he has been continuing to organize tanka reading sessions and work is now in progress to publish a second collection of poems by host club workers.

Tawara said the tanka poems testify that their authors are all different persons.

"It would be great if a member of the poetry reading club became a poet and published his own collection of poems," she said. 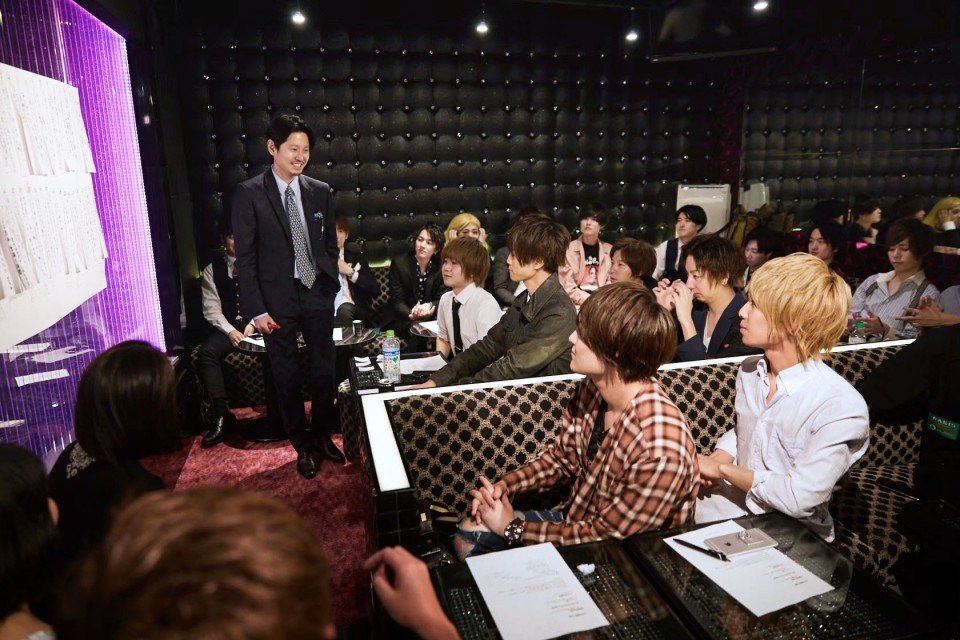