Japan international Yuto Nagatomo is close to joining French top-tier club Marseille, where he will team up with Japan defender Hiroki Sakai, a source with knowledge of the matter said Sunday.

Nagatomo, 33, left Galatasaray after two-and-half years in July following the expiration of his contract, scoring three goals and providing seven assists in 65 appearances in all competitions for the Turkish giants.

The longtime Japan left-back contributed to consecutive Turkish Super League titles through the end of last season, but has been unable to get playing time since this past winter due to rules limiting the number of imported players. 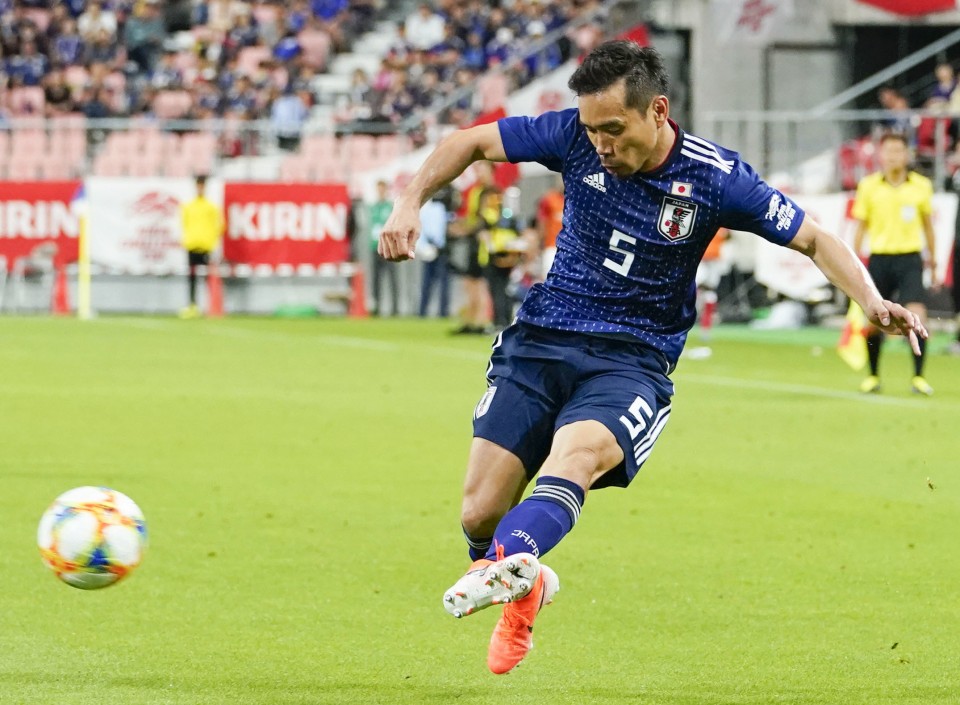 Yuto Nagatomo of Japan plays a pass during the second half of a scoreless football friendly played against Trinidad and Tobago at Toyota Stadium in Toyota, central Japan, on June 5, 2019. (Kyodo)

Marseille finished second last season behind Paris Saint-Germain and will play in the Champions League in the upcoming season.

Nagatomo started his career at FC Tokyo in 2007 and had a brief spell at Cesena before moving to then-European champions Inter Milan in the winter of 2011. Nagatomo spent seven years at the club before he left for Galatasaray at the start of 2018.

The Ehime Prefecture native has 122 caps for Japan's senior national team and has played in three consecutive World Cups, starting with the 2010 tournament in South Africa.