The rainy season in Tokyo and neighboring areas in the Kanto-Koshin region in eastern and central Japan appears to have ended, finishing later than in usual years, the Japan Meteorological Agency said Saturday.

This year's rainy season, which started around June 11, finished eight days later than average, making it the fourth latest end since comparative data were made available in 1951, the agency said. 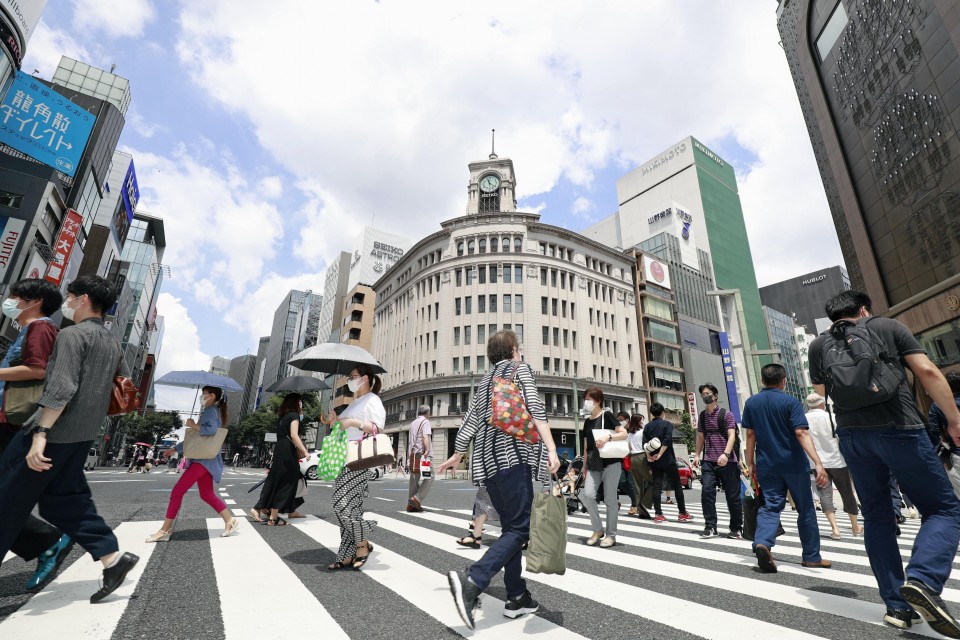 According to the agency, the rainy season also ended in the Tokai region in central Japan, 11 days later than average and the third latest date.

During the rainy season, the amount of rainfall in Takayama, Gifu Prefecture, reached 1,149.5 millimeters, three times more than average, according to preliminary data from the agency.

The Kanto-Koshin and Tokai regions are expected to see hot, sunny days for the next week from Saturday, the agency said.

Meanwhile, separate data showed that bad weather in the rainy season reduced the hours of sunlight in July to 37 percent of the level in usual years in eastern Japan and 49 percent in western Japan, making it the least amount of sunlight since the government started recording data in 1946.

The hours of sunlight in July were 37 percent of the average in the Hokuriku region on the Sea of Japan coast, and 38 percent in the Kanto-Koshin and Tokai regions on the Pacific coast, according to the agency.